WHO was founded on 7th April 1948 with its headquarter in Geneva, Switzerland. To glorify this historical day, every year, 7th April is celebrated as World Health Day. World Health Day 2018 marks the 70th anniversary of this renowned body.[1]

Not only were we able to eradicate many diseases like smallpox and plague, which were very ferocious and claimed lives of millions of people in the past but we were able to produce many drugs and vaccines which made the quality of life of people far better than it used to be. The pioneer in these medical inventions and keeping a check on these diseases is none other than World Health Organization (WHO).

As an active sponsor, WHO actively runs eight most significant campaigns, including World TB Day , World Immunization Week, World AIDS Day, World No Tobacco Day, World Malaria Day, World Blood Donor Day, World Hepatitis Day, along with World Health Day. Through these campaigns, WHO aims to create awareness among masses. This awareness will bring about changes in the attitude of people towards many diseases and ultimately will help in eradicating these diseases and make this world a disease-free world. 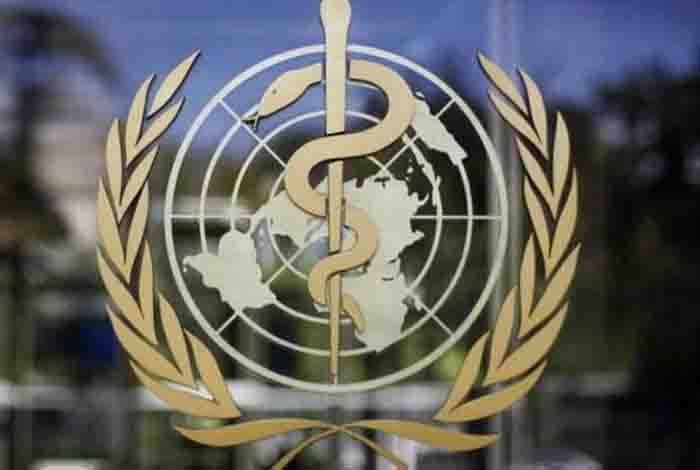 In 1948, first World Health Assembly was led by WHO. This assembly featured the decision to honor 7th April as World Health Day, with effect from 1950. As memorable as this day is, it is meant to draw attention of every citizen towards the growing dread of various diseases. Global awareness is the forte of this day.

Every year, World Health Day targets a specific disease, through its significant themes. Since 1950, World Health Day has encompassed myriad of diseases, including hypertension , polio, malaria, dengue fever, chikungunya, yellow fever, diabetes , depression , HIV  and many more. While some may consider WHO to be concerned with only diseases, it broke the stereotype several times with themes focusing on aging , food safety, road safety, climatic change, urbanization, and even investment for health care facilities.

Through these dynamic themes, WHO globally preaches a healthy lifestyle, devoid of any health ailment. 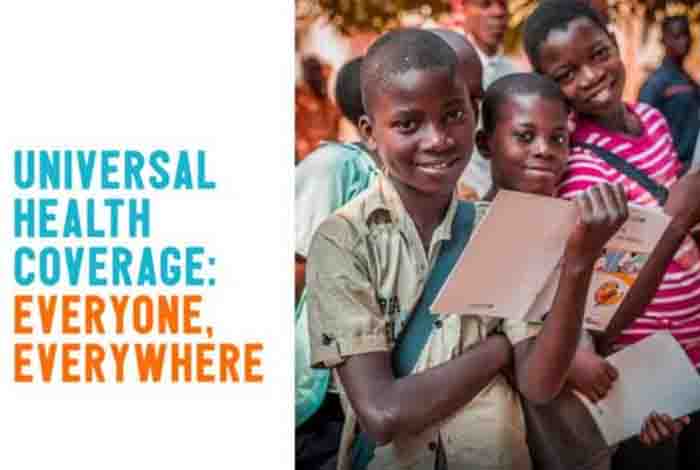 This year, WHO attempts to hit the core shortcoming of our health care system, i.e, inequality in providing health services to everyone, everywhere. The theme, slogan and hashtag for this year’s World Health Day, as stated by WHO are:

As per an estimate by WHO, about half of the world’s population has no access to essential health services. Paying for these services has pushed nearly 100 million people into “extreme poverty”. About 800 million people, constituting 12% of world’s population spend 10% of their household budget in receiving health care facilities. Considering this universal plight, this year WHO aims to ease the financial burden of every individual in need of health-care service. Who could have thought, that someday WHO would strive to eliminate the financial constraint of people in need of health services.[2]

Through this year’s theme, WHO calls for an equality in accessibility of health services. This year, WHO pledges to provide essential high-quality health services to each needy individual stricken with financial hardship. WHO empathizes with people who are already in financial abyss and have to pay from their own pocket to afford treatment of unexpected illnesses. Investing their life savings, selling their assets or borrowing money from others, jeopardizes the future of such families, particularly their children. Through this year’s world health day theme, WHO aims to end the miseries of such people.

But, a strong political will is indispensable to achieve universal health coverage. Therefore, WHO wants the world leaders to recall the oath taken by them while agreeing to WHO-UN Sustainable Development Goals in 2015. On September 25th 2015, several countries adopted the goal to end poverty, ensure prosperity for all and protect the planet, by 2030. WHO believes that universal health coverage is crucial to reach these goals and WHO calls these countries as “UHC- stakeholders”.[3] 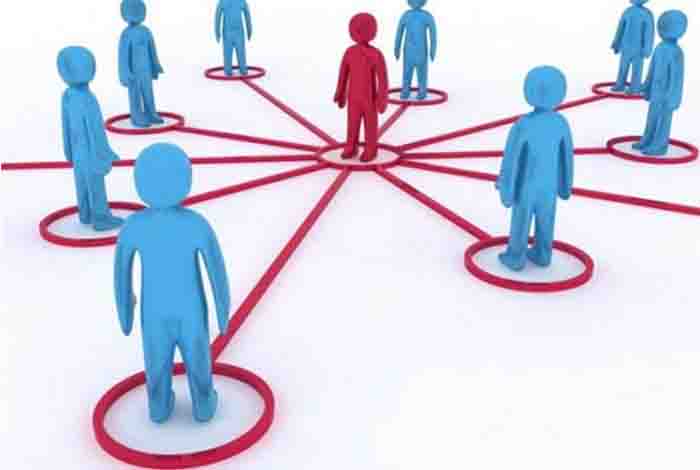 Throughout 2018, WHO plans to organize and lead several events to promote universal health coverage. Some of these remarkable events are described below.[4]

WHO Regional Office for the Western Pacific is going to organize a live session on Facebook on 6th April 2018. This session will be moderated by WHO Goodwill ambassador, James Chau. With involvement of doctors, politicians and WHO experts, this live session invites everyone to clarify anything and everything about universal health coverage.

WHO Regional Office for the Eastern Mediterranean will host a media panel discussion on universal health coverage, with its prime focus on refugee and vulnerable population. This session will see involvement of civil society, representatives of health ministries, embassy representatives, UN partners, media and WHO staff.[6]

WHO Regional Office of America, along with Pan American Health Organization (PAHO) will organize a conference on universal health coverage on 4th April to highlight the importance of this year’s theme in attaining the sustainable development goals of 2015.[7]

With this initiative of WHO to propagate the concept of universal health coverage, stands several partners of WHO, including UHC2030 [8] , Alliance for Health Policy and Systems Research [9] , P4H Social Health Protection Network [10] , European Union- Luxembourg-WHO Partnership for UHC [11]  and Primary Health-Care Performance Initiative [12] . 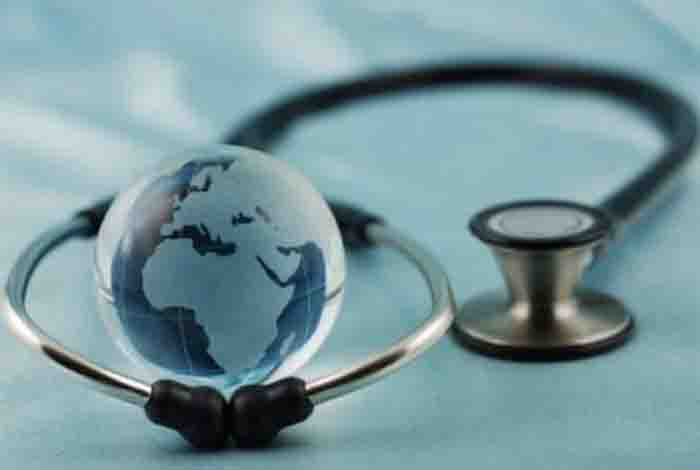 Through this year’s World Health Day’s campaigns, WHO aims to inspire, motivate and guide the global population to ensure universal health coverage.[13]

Inspire: WHO strives to inspire the policy-makers of the countries to implement necessary changes in their policies so as to facilitate “health for all”

Motivate: WHO wishes to motivate the needful countries by stating examples of the countries who have done considerable work in the direction of achieving UHC

Guide: To preach universal health coverage, WHO will also provide guidance to the countries on how to advance UHC domestically and globally 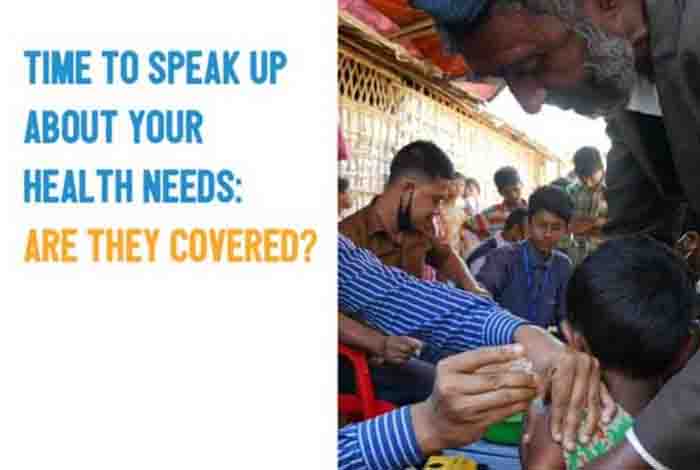 Dr. Tedros Adhanom Ghebreyesus, Director- General of WHO rightly said “Health is a human right. No one should get sick or die just because they are poor, or because they cannot access the health services they need.”

Universal Health Coverage is a holistic approach to ensure that everyone everywhere is getting the basic health-care services. This is not the sole duty of WHO or our local and national governing bodies, but each one of us is obliged to contribute to this initiative.

Start with your family and your community. Keep your environment clean. Discard stagnant water, which can be a breeding pool for vector-borne diseases. Donate blood if you are an eligible donor. Ensure timely vaccination of children. Make your family, friends and peers aware of diseases and the ways to prevent them. Be an informed citizen.

A healthy community means “Adults will earn and children will learn”