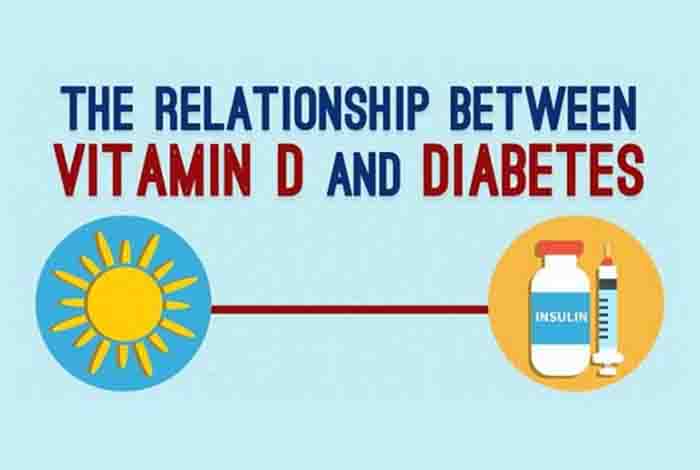 A new study published the journal PLOS ONE [1] revealed that Vitamin D deficiency might increase the risk for type 2 diabetes. The researchers of the University of California, San Diego School of Medicine and Seoul National University in Korea conducted the study. This isn’t the only study which relates higher levels of Vitamin D in blood with a decreased risk for type 2 diabetes.

The research authors mentioned that the results till date are “mixed” and have not taken into consideration the vitamin D in the blood which are higher than the normal level.

Our body requires vitamin D for absorbing calcium at the time of digestion. It also helps maintain normal levels of phosphates and calcium in the blood, which are required by the processes which make bones healthy. This vitamin is essential for muscle function, cell growth, reducing inflammation and fighting infection.

What Vitamin D Dosage Is Best?

Our body gets Vitamin D through fortified foods, sun exposure, natural foods, and supplements. Once obtained by the body, this vitamin goes through some chemical modifications so that it biologically beneficial for the body.

There are certain controversies related to the normal range of 25[OH]D required to prevent diseases and ensure good health.

The researcher of the study Cedric F. Garland of Department of Family Medicine and Public Health, UC of San Diego School of Medicine, said that the normal amount is 30 nanograms/milliliter, which is found to be 10 units higher than the level recommended by IOM.

How Low Vitamin D Can Increase the Risk of Type 2 Diabetes?

Professor Garland along with his colleagues investigated 903 healthy volunteers of average age of 74. In 1997-1999, during the study, when these volunteers underwent examination and answered questionnaires, none of them were diagnosed with diabetes or prediabetes.

During the study visits, their blood samples were also tested for the level of vitamin 25(OH)D and some other markers.

Over a study duration that completed in 2009, the volunteers collectively developed 47 cases related to type 2 diabetes and 337 cases related to prediabetes, a disease where the levels of blood sugar are higher than the normal levels, but not high enough to be called as diabetic.

The results revealed that the risk for type 2 diabetes in a person with 25(OH)D blood levels less than 30 nanograms/milliliter was 5 times than in a person whose level was higher than 50 nanograms per milliliter.

Professor Garland said that to have the 25(OH)D blood levels of 30 nanograms/milliliter, people had to consume approximately 3,000-5,000 IU of vitamin D each day. 10 to 15 minutes of exposure to the sun around noon every day could reduce this amount.

He and along with his colleagues observed that there were still debates about if 25 nanograms/ milliliter is the required Vitamin D level in blood. They still say that it must not be less than around 40 nanograms /milliliter.

Figuring out the processes which might explain the reason for the increased level of vitamin D can decrease the risk for type 2 diabetes, the study authors referred to a number of studies.

According to a study which was done on mice, explains that the vitamin D deficiency receptor is related to the increased risk of diabetes. A receptor is a cell that responds to external stimulus and transmits chemical signals.

Other studies revealed that insulin-secreting cells present in pancreas have vitamin D receptors and byproduct of vitamin D in the body trigger the pancreas to produce insulin.

They also cited other studies which showed that Vitamin D active metabolites can defend insulin-producing cells in the pancreas from getting certain specific signals that stimulate cell death and inflammation.

The researchers concluded that their studies had certain limitations. The first limitation was the group they studied does not belong to the US population. It included healthy middle to upper middle group of Caucasians who had better access to medical care and lived in regions which had sunny weather for the whole year.

The second limitation was that there might be a possibility that the higher vitamin D levels might have been recorded because of the differences in the laboratory techniques. 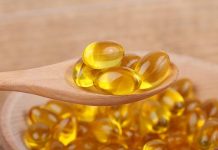 Do You Take Vitamin D for Your Bones? A Major Study Finds It Is Not Effective

An eye-opening study has found that vitamin D supplements do not improve bone mineral density or ward off falls or fractures in the elderly. So, in a way, it...