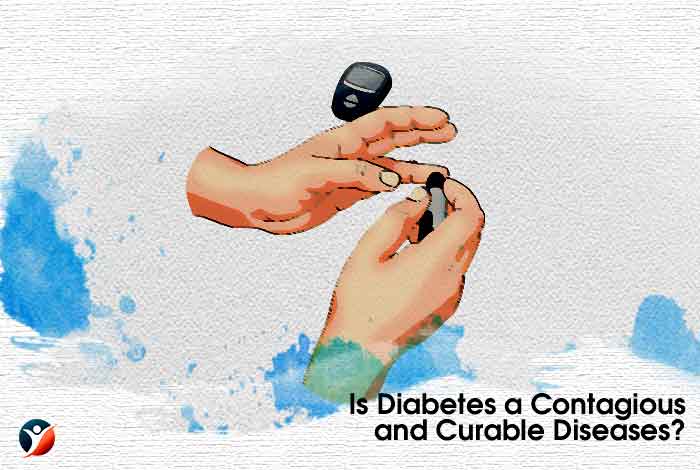 People are much aware about diabetes these days as the disorder has now taken the shape of a global epidemic; effecting millions of people of all ages worldwide. While a lot has been discussed about this endocrine disorder, whether the disease is contagious and curable is still not known to many.

When a person eats food, the body converts that food into sugar or glucose. This is used by the body for energy. An organ, known as the pancreas, secretes a hormone, called insulin, which helps glucose enter the cells in our body. In diabetes, the process of insulin production or absorption of glucose by the body cells gets disrupted. Thus, in diabetes, the body is unable to make insulin in sufficient amounts and use it. This causes the blood sugar level to rise in the blood.

Diabetes is a complex disease that affects various parts of the body. A diabetic patient is supposed to check his blood sugar level on a regular basis. Persistently high blood glucose level can give rise to many complications that increases your risk of various conditions like retinopathy, neuropathy, kidney disease, cardiovascular disease and more. In a way, this disease reduces your life expectancy too.

At present, there is no permanent cure for the disease. However, it can be well managed by making some healthy lifestyle, following a diabetes diet plan and exercising regularly. Just like other healthy people, a diabetic can lead a healthy and enjoyable life only by managing his/her blood glucose levels. 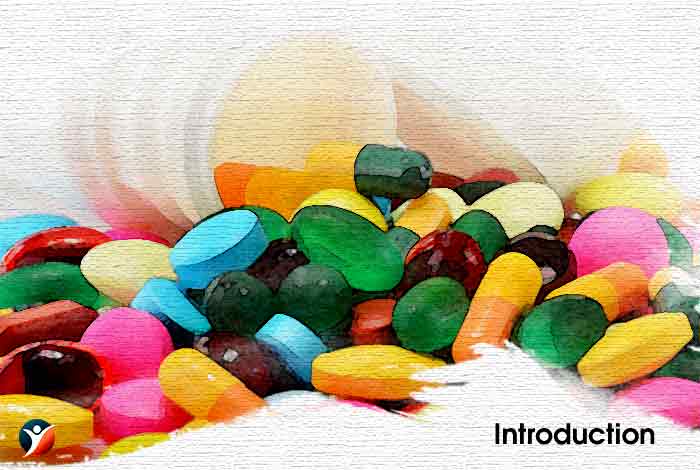 The food in the body is broken down to produce sugar, also called glucose, and released into the bloodstream. The pancreas creates a hormone known as insulin, which acts like as a key and allows the blood sugar, present bloodstream, to be used by the body cells as fuel for energy production. When this process fails, and the body is unable to produce enough insulin or use it in the right manner, diabetes occurs.

If left unattended, the disease can lead to serious health problems, such as blindness, lower-extremity amputations, heart disease, end-stage kidney disease or kidney failure. The disorder can be recognized through the following symptoms:

If the level of blood glucose remains uncontrolled for long, it may result in various complications like:

Basically, diabetes is of 3 kinds. Type 1, type 2 and gestational diabetes are the three major forms of diabetes that are caused due to different reasons. 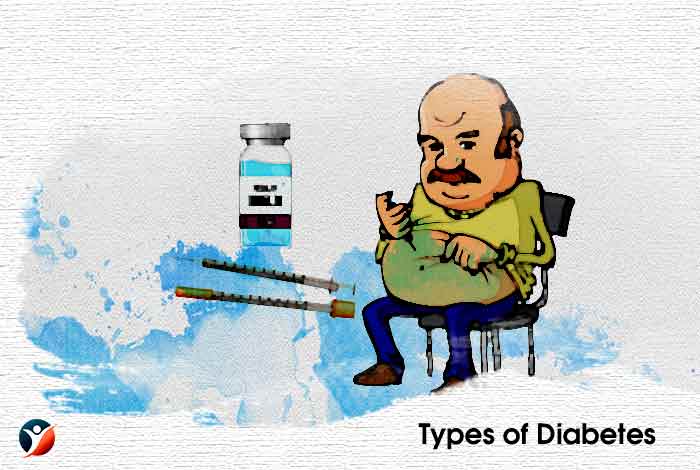 In case of type 1 diabetes – also known as insulin-dependent or juvenile diabetes – the body produces very less to no insulin at all. While the specific cause of this type of diabetes is not known, it is generally considered that type 1 diabetes occur when, by mistake, the body’s very own immune system attacks and damages the cells of the pancreas, responsible for insulin production.

As a result, the pancreas is unable to make insulin. Mostly, the disease is diagnosed in children and young adults. But, the symptoms can strike anyone at any age. Under this condition, the diabetics are required to take insulin injections on a daily basis. Mostly, it affects children as the disease is inherited from the parents. [2] 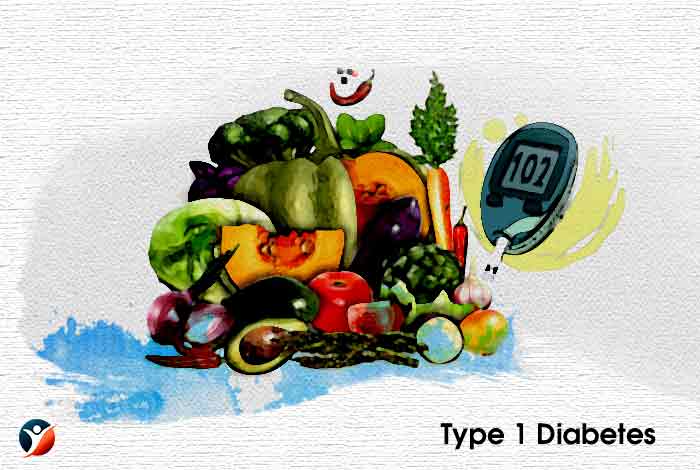 In case of type 2 diabetes, the cells are not able to use blood sugar for energy. Such a condition is noticed when the cells turn insensitive to insulin or develop insulin resistance. As a result, the blood sugar level goes high in the bloodstream. This type of diabetes can strike anyone at any age. It is nor specific to any particular age-group. Still, most cases of type 2 diabetes are noticed in the middle-age and older people. It is the most common type of diabetes as this occurs due to unhealthy lifestyle and poor eating habits.[3] 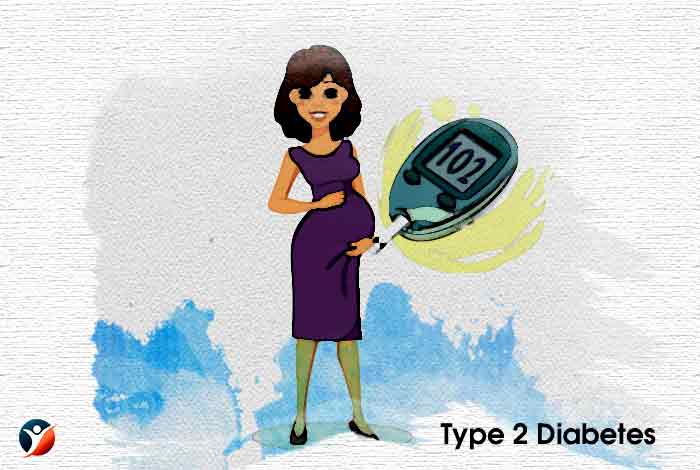 As per the records of International Diabetes Federation (IDF), the total number of diabetes patients across the globe is nearly 365 million. This represents about 8.5% of the world population.

Reports suggest that approximately 2.9 million diabetics are present in UK. This was reported by the organization, Diabetes UK. Besides, several stats has also depicted that there are globally around 500,000 people, who have diabetes, but are still undiagnosed.[4]

There are some myths related to this chronic disease. Some people think that diabetes occurs due to too much sugar consumption or being overweight. But, this is not completely true.

Diabetes is a non-communicable, endocrine diseases. It cannot be passed on to other people just by sneezing or touching, i.e., non-contagious. Also, it cannot be transferred via blood transfusion. There is only one possibility, the disease can be passed on from parents to children.

In the case of type 1 diabetes, people inherit genes from their parents that make them diabetic. On the other hand, type 2 diabetes develops usually because of poor eating habits and sedentary lifestyle. The disease cannot be transferred sexually or even through saliva. Persistently high blood sugar levels is the only direct symptom of this disease.[5]

Sadly, it is still not clear to many health enthusiasts and even diabetics whether the disease is curable or not. There is no treatment available that can offer permanent cure for diabetes. Only some measures can be taken that cause diabetes to go in the state of remission. The symptoms may not surface for a fairly long time. Such measures include regular exercise along with a healthy and diabetes-friendly diet.

For immediate effect, weight loss surgery can also be performed in excessively overweight people. Weight loss surgery is also known as bariatric surgery. The blood sugar level normalizes 2 years after the surgery. Also, the A1c and insulin levels reduce after the procedure.

According to medical science, there is no permanent cure for diabetes. The disease can just be managed or controlled. The disorder can be controlled in such a manner that there are no signs of diabetes in the body. Although the disease would be there, it won’t affect any body part.

Diabetes is a disease that may either occur due to sedentary lifestyle and poor food habits or genetic factors. Sadly, it has no permanent cure. Be it type 1, 2 or gestational, diabetes can just be controlled or managed.

By managing or controlling the level of blood glucose level, a diabetic can prevent him/herself from various diabetes-related complications. It is also important to keep in mind that the disease is not at all communicable like infections, and so, cannot spread through sneezing, touching and blood transfusion.

Hope, you enjoy reading the article. Please leave your suggestions for anything we missed out in the “comments” section below.