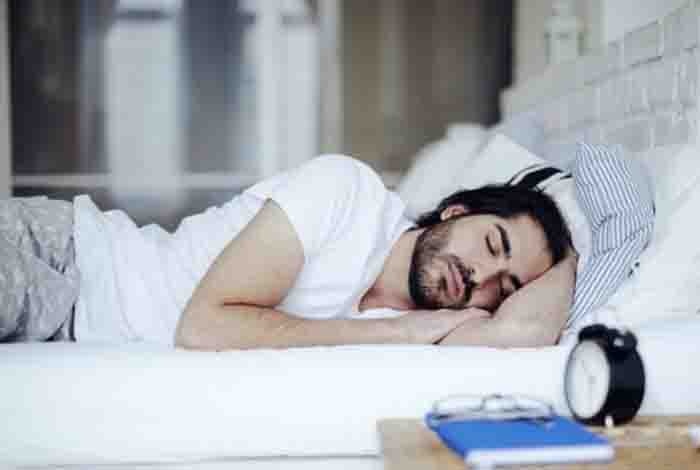 We all know that a good night sleep is important to maintain overall wellness and health. But the story does not end here. It is even more important when it comes to fighting cancer. Science says that sleep has a greater role to play if you have cancer, especially lung cancer. Not only this, sleep can also decide how fast the cancer will develop and progress.

Scientists are still trying to find out whether there is a connection between sleep and the development of different types of cancer. Some studies suggest that there is an association between lung cancer and sleep linked with two other conditions, viz., obstructive sleep apnea and disruption of circadian rhythm.

Circadian rhythm is an all-day internal clock that is functioning in the background of the brain and oscillates between sleepiness and alertness at periodic intervals. It is also called as sleep/wake cycle.

A lot needs to be understood about the working of circadian rhythm. Recent studies indicate that not getting proper sleep during the night may increase the chances of certain types of cancer. Much of this research talks about breast cancer, but there are also some evidences that point towards the development of cancers of the digestive system and lungs due to disruption in circadian rhythm.

Dr. Reena Mehra, director of sleep disorders at Cleveland Clinic, says that it may have to do with inflammatory immune response. She adds that although the research is in its infancy, it is still going on, and the ultimate goal is to see if something can be done with respect to preventive intervention for cancer, development and progression of cancer and better treatment for cancer. This can be achieved by enhancing the understanding of the connection of circadian rhythm with the health.

Apart from lung cancer, obstructive sleep apnea is also an area of concern. In this condition, people stop breathing while they asleep. This results in low oxygen level in the blood.

Dr. David Gozal, professor at the University of Chicago, has conducted animal studies to understand the effects of falling levels of oxygen in the blood. This is known as intermittent hypoxia.

A study published in the journal, CHEST depicted that in mice with both sleep apnea and lung tumors, the tumor spread faster and was more aggressive. Gozal opined that the reason why sleep apnea worsened the condition is that interruption in sleep pattern alters the way the immune system responds to the development of a tumor. It is believed that when there is more instances of waking up, the cells gradually lose their ability to identify and destroy cancer cells.

Gozal also found that when cells are exposed to intermittent hypoxia, they become more like stem cells, which is not a good sign as far as cancer is concerned. In this case, they become more aggressive and have greater likelihood of spreading faster and invading other tissues.

Even if you don’t have sleep apnea, but have lung cancer, then this condition may disrupt the functioning of the lungs, which results in sleep disruption. Dr. Mehra says that a condition, called pleural effusion, can cause collection of fluid in the lungs, which makes breathing more difficult. People with endobronchial disease often develops tumor that hinders the airway.

Ulysses Magalang, professor at the Ohio State University, says that some patients with lung cancer also have chronic obstructive pulmonary disease and also other lung diseases that can affect the functioning of the lungs. This in turn might affect the quality of sleep and increase the chances of lung cancer.

Hearing the news that you have lung cancer can affect the quality of sleep as fear and anxiety creep in. Well, stress causes sleep disruptions, is a well-known fact. Chemotherapy drugs also interfere with sleep. So, these factors play a role in determining whether you would get a good night sleep after developing lung cancer.

So, what can be done if you wish to reduce the risk of lung cancer or want rest for the treatment of the disease. For this, you need to understand behavior techniques. Thus, fix your time to sleep and waking up. He also advocates practicing relaxation techniques like meditation and mindfulness before sleeping. Also, all the light sources should be turned off and there should be complete darkness in the room as light will keep the mind alert, making it difficult to sleep.

Doctors say that you must have at least 7-8 hours of sleep every night. Moreover, if the lung cancer has spread to the bones, it may lead to severe pain at times. Therefore, it is important to treat the pain so that it doesn’t disturb the sleep.

If you do not have cancer, but are concerned about the risk or are genetically more prone to develop cancer, then you should notice your sleep pattern. It is not yet established that treating sleep apnea will reduce the chances of the development of cancer. But definitely, there are evidences to show that if intermittent hypoxia is left untreated, it will increase oxidative stress and inflammation, which might lead to the development of cancer. Also decrease the exposure to light in the night. Light at night suppresses the level of melatonin, which is a hormone that helps you sleep.