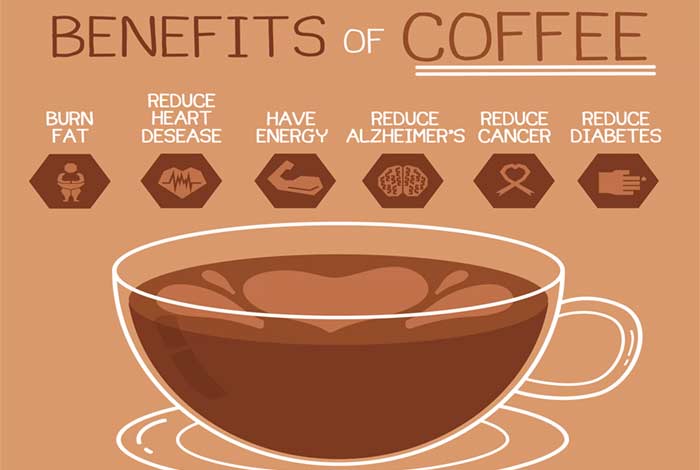 Coffee is the reason most people wake up in the morning. It is an indispensable part of life for many people and is considered one of the most commonly consumed beverages on earth.

Due to its popularity, it has garnered a lot of research interest among scientists over the years.

After all, anything that has permeated the society for so long and so thoroughly must b studied in order to determine its pros and cons.

Researchers have gathered a lot of information that proves that coffee when consumed in moderate amounts provide protection against a number of health conditions like diabetes, Parkinson’s Disease and cardiovascular disease, and might even extend your life span. Amazing!

Some Gaps in our knowledge

However, there are still a few things that we have no answers about. For example, moderate consumption means that people should consume 3 to 5 cups of coffee each day in order to avail benefit from the beverage but there re some people who consume 5-6 cups of this beverage every day. The scientific community wonders whether they get the required benefit of coffee or not.

Some people have genetic variation in their genome that alters the way in which the body metabolizes or breaks down the main constituent of coffee, caffeine. Researchers often wonder how this wonderful beverage affects these people. Also, another thing that makes the scientific community rake their brains is the fact that whether the type of coffee- instant, ground or decaffeinated- used for preparing the beverage affect its beneficial properties.

There have been several other studies done to answer these questions but as very number of people fall in these categories, it is difficult to come up with a robust conclusion as the data available is not enough.

Recently, scientists at the National Cancer Institute (NCI) in Rockville and the National Institutes of Health (NIH) in Bethesda, both in Maryland, filled up their coffee mugs and decided to go out and find some answers. They collected information from more that half a million people in the United Kingdom and published their work in JAMA Internal Medicine.[1]

As predicted, those people who regularly drank this beverage had a lower risk of death over the course of time. It was also found that this decrease in risk was also extended to people who drank eight or more cups each day.

It also affected people who metabolize caffeine slower or faster than normal and was found to work across all coffee types. However, for instant-coffee, the benefits were slightly less pronounced.

From this study it was clear that processing coffee in different ways did not affect the benefits of this beverage. This means that caffeine is not the main chemical responsible for bestowing health benefits to the drink. There are a number of chemicals in coffee which can be responsible for the benefits. One such group is polyphenols which the scientists are working on. The levels of polyphenols tend to decrease in instant coffee. Much more work need to be done in order to understand how polyphenols fit into the bigger picture.

This is just the observation that has been made while examining the data. Since a large number of participants were made a part of the study, the researchers thereby concluded that this popular beverage can be included as a part of healthy diet. This might give a reassurance to people who drink coffee that they can enjoy their morning beverage without worrying about their health.

For now, we think that scientists have set this notion in stone that coffee is good for your health.