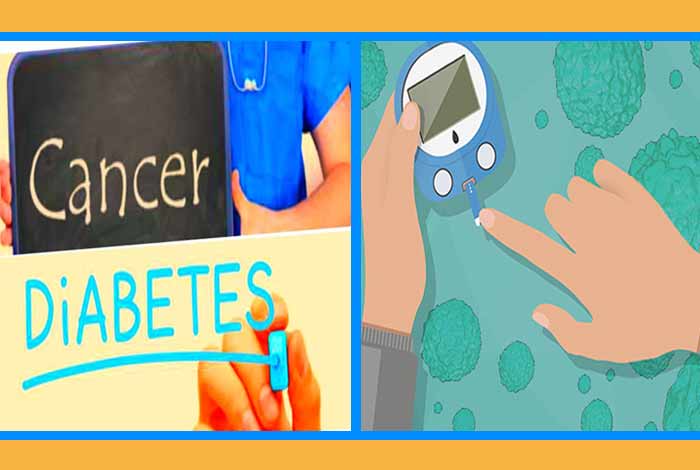 The fact that there is a relation between diabetes and cancer is not a new idea. However, it has never been confirmed. But, a new study has been performed by the scientists and have concluded that diabetes indeed increases a person’s chances of developing cancer. The new research has given astonishing results and warns that the risk of developing cancer in people with diabetes is sex specific and further research needs to be done in this field in order to uncover the reasons why.

Research is pointing out that if a person has diabetes, its chances of developing different types of cancer is increased.[1]

A review study where data, collected from 47 studies from different countries like the United States, China, United Kingdom, Japan and Australia, was analyzed has confirmed that the risk of cancer gets escalated by diabetes.

The study authors observed that diabetic women were at a higher risk of developing malignant tumors than men. The journal “Diabetologia” has the findings of this global review in which health related data of nearly 20 million people is analyzed.

Women are at higher risk than men

The fact that diabetes increases the chances of developing cancer is not understood completely. Its mechanism still remains unclear. Some researchers state that overly high blood glucose level damages the DNA and predispose a person to developing cancer. The reason why women are at a higher risk than men to develop cancer after they are diagnosed with diabetes may be related to fact that on an average, women live with prediabetes for 2 years longer than men. This delay in treatment is thought to play a role in increasing the vulnerability to developing cancer in women.

However, some scientists believe that there are other reasons as well. Historically, women are not given proper treatment when the symptoms of diabetes become apparent and are less likely to receive intensive care. They do not take as many medicines as the men of the family. All of these factors contribute to making women more vulnerable to develop cancer after they have been diagnosed with the metabolic disorder. However, researchers stated that they need more evidence to support this hypothesis.

The more these researchers are looking into gender specific research, the more they are discovering that women are not only under treated, but they have extremely different risk factor for developing heart diseases, stroke and diabetes.