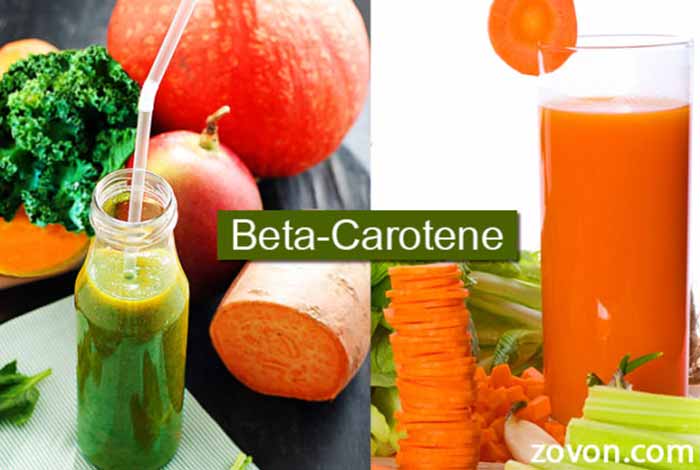 Beta Carotene(β-Carotene) is red-orange colored organic pigment generally found in plants. However, Beta Carotene is an initial form of Vitamin A and is obtained by the synthesis of geranylgeranyl pyrophosphate.

It acts as an antioxidant as well and commonly found in carrots, onions, spinach etc. 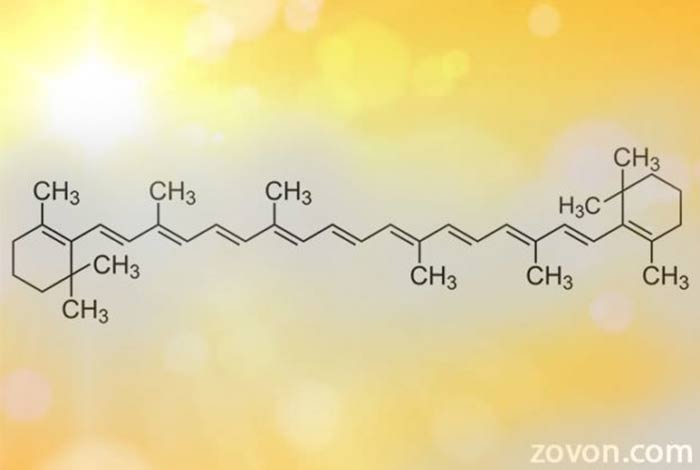 It is a member of carotenes family, which are isoprenoids that are derived by the biochemical synthesis of 8 isoprene units which results in 40 carbon atoms in the structure of beta-carotene. The chemical formula of beta-carotenes is C40H56 with a molar mass of 536.8726g/mol. It is insoluble in water and has two beta rings in at both ends of the molecular structure which distinguishes it from the other members of the carotenoid family.

Beta Carotene is found in the foods we eat and can be consumed in the form of supplements too. However, some foods that are rich in the amount of beta-carotene are Carrots, Apricots, Asparagus, Broccoli, Grapefruit, Onions, Peas, Spinach, Sweet Potatoes, etc. 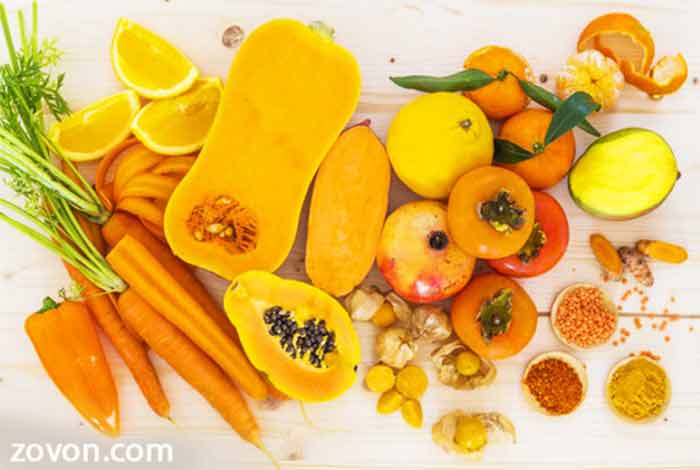 Beta Carotene is a major safe dietary source to provide the body with Vitamin A. It promotes the growth and development of body and works to improve immunity and vision.
A major amount of beta-carotene absorbed by the body is however used by the body in the form of Vitamin-A and supports the growth and eyesight quality. Whereas some of it is used in the form of beta-carotene antioxidant and helps in the protection of the body from the harmful effect caused by the free radicals striking the skin. 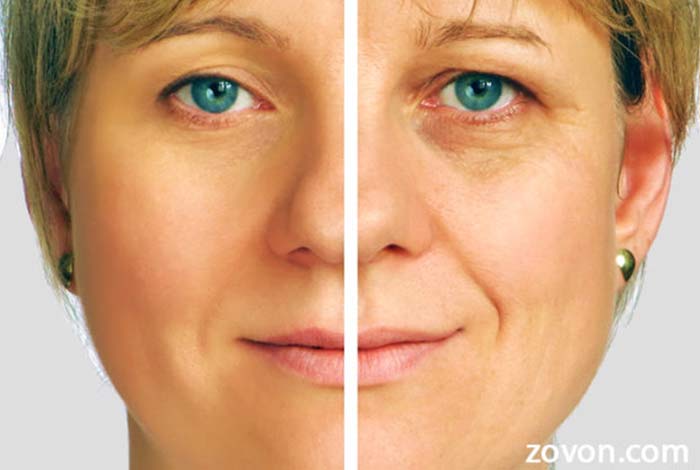 As our body starts growing old we often observe changes in our skin and can observe visible signs of aging. As our hair is made of the same tissues that make our skin we observe hair problems like dandruff, hair fall and thin hair.
As beta-carotene helps in reconstruction and protection of the skin tissues, beta-carotene hair treatment can help in the rejuvenation of the hair scalp and can help you avoid hair problems.
Besides hair and skin care, Beta Carotene is used as a food coloring agent with its E Number being E160a. However, Cognitive impairment can also be prevented by consuming beta-carotene diets or supplements.

Vitamin A being a derivative of beta-carotene is abundant in animal foods. About 80% of Vitamin-A in the human body is provided by the consumption of animal foods meanwhile the remaining 20% is formed by the synthesis of carotenoids i.e. Alpha-carotene, Beta-carotene and beta-cryptoxanthin where about 20-40 molecules of these carotenoids come together to form a single molecule of Vitamin-A.

Various researches claim that Beta Carotene helps in prevention from cancer as it fights the harmful free radicals by acting as an oxidizing agent however some researches claim that beta-carotenes have no benefits for carotene cure and even a long-term use of beta-carotene might cause various cancers in the body.
Beta Carotene is said to cause lung cancer among the smokers as it may form oxidized metabolite that affects the production of carcinogen-bioactivating enzymes.

Side Effects of Beta Carotene:

Some of the famous brands that make Beta Carotene Tablets are Solaray, Amway, and Healthvit etc.

FAQs: What people normally want to know about Beta Carotene?

1. Is the beta-carotene from fruits and vegetables is enough to fulfill the Vitamin-A requirement of the body?

Beta-carotene from fruits and vegetables provides only about 20% of complete body Vitamin-A requirement. However, if a person isn’t able to fulfill the daily requirement of Vitamin-A in the body, usage of beta-carotene supplements is advised.

2. I’m not a regular smoker, I smoke once or twice a week. Can I use beta-carotene?

There are no guidelines for how much smoking can be side-effective for the use of beta-carotene. But you should avoid its use as it might be harmful in future.

3. What should be the ‘enough’ amount of beta-carotene that can be consumed every day?

However, there is no RDA (recommended dietary allowance) for the consumption of Beta Carotene. But, it is medically suggested that there should be a 6-mg daily consumption of natural beta-carotene every day.

4. My wife is pregnant; can she still consume her beta-carotene tablets?

Consumption of beta-carotene by pregnant women can be harmful to both mother and the child. She should avoid the use of Beta-carotene tablets.