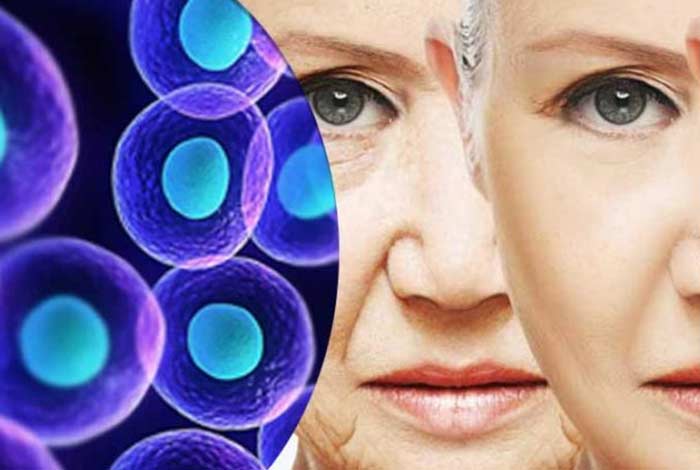 Turning 50 this year? If yes, you are about to embark on a journey of several physical and mental changes. Senescence comes with its own set of hardships. Reduced elasticity of skin produces horrid looking wrinkles. Wounds heal slowly. Bones become brittle and susceptible to fracture. Walls of blood vessels get stiffened with fatty deposits. All the body tissues lose the ability to renew and rejuvenate. The risk of developing infection and cancers also increase with age.

But, is there a way to reverse this terrifying phenomenon of aging? You will be taken aback by the fact that scientists have been working hard to reverse this biological clock and have most likely come up with a solution, i.e., Stem Cells. Before knowing how stem cells reverse aging, lets first understand what are stem cells and how do they function? 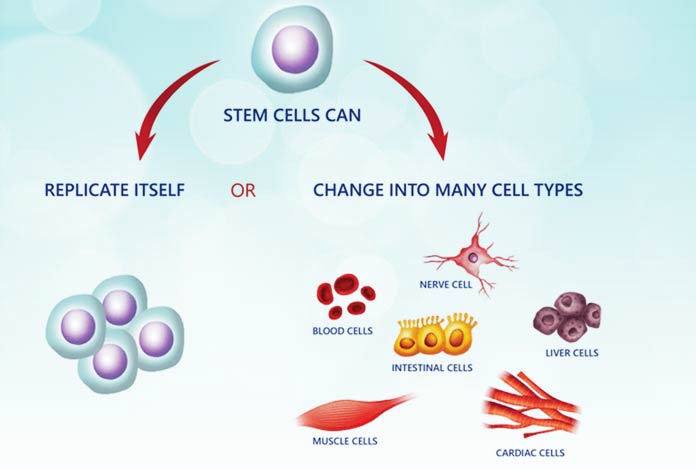 However, both these cells bear a unique feature of dividing and renewing themselves for a very long period of time. It must be remembered that stem cells themselves do not carry out any vital body function, such as pumping blood to various body parts like the heart does. In fact, the stem cells lay dormant for a long period of time and activate at the advent of a tissue damage.

So, in an adverse condition causing damage to heart cells, stem cells can divide and give rise to heart cells, thus restoring bodily functions. Hence, stem cells transplant has been proven to be a permanent cure to various debilitating medical conditions, such as diabetes, stroke, Parkinson’s disease and heart diseases. The commonly advocated bone marrow transplant in the treatment of cancer is also based on the regenerative potential of the stem cells.

Now, you may think that stem cells may be the long-awaited magic potion to reverse aging. But, you may be surprised to know that stem cells are the reason you are aging in the first place. As per a recently discovered theory, known as “Stem cell theory of aging,” aging occurs because of the inability of stem cells to replenish the damaged body tissues. A part of this logic can be attributed to the decrease in the number of stem cells with age. Young people have enough stem cells to effectively counteract tissue damage. However, as one ages, a marked reduction in the number of stem cells slows down the repair process. Hence, aging is less about damage but more about inability to repair the damage. But, as already mentioned, reduction in stem cell number is just one factor validating the process of aging. 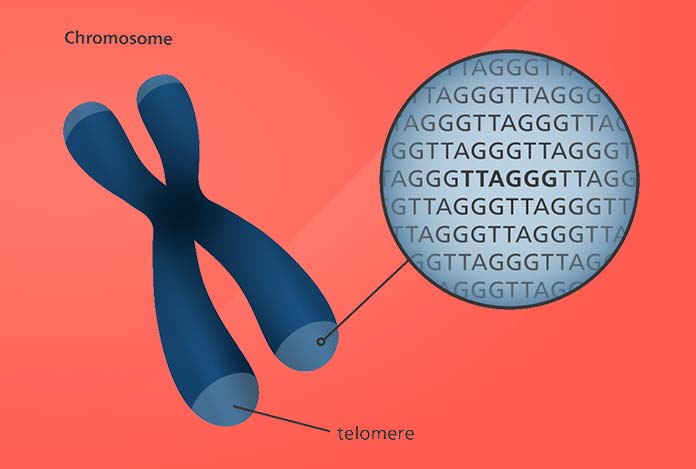 We all are recognized by our exclusive genetic material, i.e., DNA. This DNA is present in thread-like structures, known as chromosomes. The ends of DNA strands are capped by a structure, called telomeres. Just like the plastic at the end of your shoelace prevents the lace from fraying, these telomeres protect the chromosomes from deteriorating. Deteriorating chromosomes is a characteristic feature of aging.

Adult stem cells lack the potential to retain these telomeres, thus playing a vital role in aging. Other major cause is production of free radicals with increasing age, which destroys DNA and proteins, and cause various manifestations of aging. Basically, we humans have paid a huge price for climbing the evolutionary ladder i.e., losing the regenerative potential, which is still seen in lower animals like lizards.

Now that we have found the problem, how do we fix it? Well, in this case, the solution lies in the problem itself. With the deciphered mechanism of aging, regenerative and reparative medicine has advanced to a large extent. With this background, you would agree that reversing aging through rejuvenation therapy is no longer a theme of science fiction. Reactivating stem cells and targeting their regenerative potential can effectively combat degenerative processes associated with aging.

A particular variant of adult stem cells, referred to as Mesenchymal Stem Cells are of significance in reversing aging. Most of the studies done in this domain have been performed on mice for a very simple reason, i.e., mice share almost 90% of their genome with humans. Hence, it is believed that the beneficial effects of stem cell transplantation in mice would mimic in humans too. 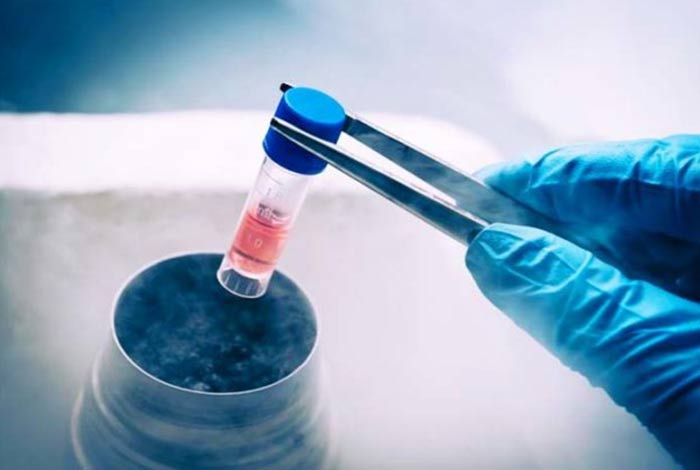 As per a recent scientific report, infusion of stem cells from young mice into old mice showed drastic improvement in bone density and also increased the lifespan of aged animal. Another research derived blood vessel stem cells from young mice and injected them in the aged mice. Results showed restoration of healthy vasculature in the elderly mice. Similarly, another trial involved infusing old mice with muscle stem cells of young mice. This study indicated an astonishing result as the lifespan of the elderly mice was increased to threefold the average lifespan. One more research study revealed that infusing hypothalamus stem cells from new-born mice into middle-aged mice improved the cognitive abilities and muscular function of the old mice.

Two human trials have also been conducted to substantiate the antiaging effects of stem cells. One of the trials involved infusing stem cells from bone marrow donors, aged 20 to 45 years, into elderly individuals. Six months later, the old, frail people showed increased fitness level and a major improvement in quality of life. The second study was a randomized trial with a placebo group and showed remarkable outcomes in subjects infused with young mesenchymal stem cells.

However, the only factor holding this therapy back from you all is its approval status. Unfortunately, the human trial has not yet cleared all the phases of the clinical trial and is not yet approved by the U.S. FDA. Also, the isolation and division of stem cell cultures outside the human body pose a major scientific challenge. Scientists are still struggling to develop a definitive method to accomplish the procedure effectively. 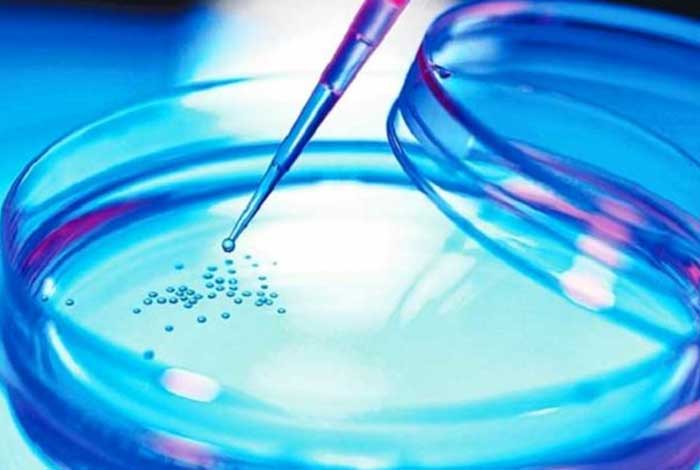 Thus, considering the current status of research on stem cells as an antiaging agent, it would be apt to say that stem cell transplantation is the future of regenerative medicine. It has the potential to reverse the manifestations of aging; ranging from hair loss and wrinkles to osteoporosis, dementia and heart diseases. However, the therapy still has a long way to go to be finally accessible to you.