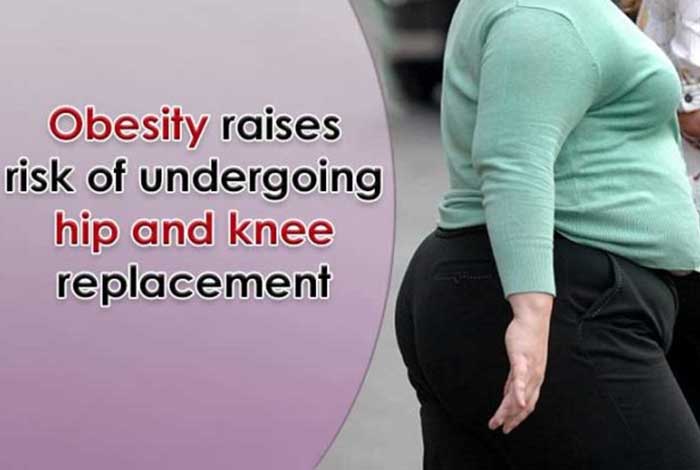 According to a new study, weight-related hip and knee replacements are on the rise. Earlier, it was mostly observed in older population, but unfortunately these cases are now-a-days can be seen in younger population as well as in middle-age people.

In the past few years, the total number of obese people undergoing joint surgeries and replacement has increased by 60%.

Tam Fry, chairman of the National Obesity Forum, said that teenagers are in their growing years and knee replacement could be very serious for them. If they do not get their knee replaced, then they might become crippled. Obesity is not only linked with cancer and heart diseases, but also related to weight-related damage of joints.

Obesity-related costs could bankrupt the NHS. Around 10 children in the age of 10-19 have undergone hip replacement since 2014. Two obese children have had knee replacement. The figures for hip replacement of teenagers is alarming. Around 86 people in their 20s have had hip replacements and 11 had weight-related damage.