Aging is something that we all have to face but not many of us understand much about it. We can make a list of things that happen with age- memory loss, wrinkles and sagging skin and muscle loss. But do we understand what aging is and how to stop it or more technically delay it! We are all obsessed with slowing down aging and improving our longevity, but we must not forget that aging is certainly unavoidable. We can understand aging as a part of life cycle in which a person takes birth, experiences adolescence and adulthood and after some point, begins to age.

As age takes on, signs of aging begin to show. The process of aging is not the same for everyone and it affects everyone differently as in case of Joseph Brown, 93, who forgets to unzip his pants while pulling them on. And for Dr. Thomas Gill, who is 56-year old, it is acknowledging that his five-and-a-half-mile jog takes more than one hour. When he was young, he used to complete that distance in below this time.

Now the question arises, is there any such thing like normal aging? Physiological changes accompanying aging aren’t sudden. Signs of aging begin to show over a period of time. Gill compares it with fuel tank of a car. With aging, the reserves of the fuel start decreasing.

After years of practice, Gill along with other geriatric experts identified examples which could be considered as benchmarks of aging for people who have good health habit and follow preventive care.

In the 50s, Stamina Starts Declining

Gill says that as an athlete, he was most efficient when he was in his 30s. The volume of the muscle mass was at its peak in the 20s. He says that after this time, endurance and cardiovascular function have gradually decreased. This has continued up in his 50s. Every time he takes a flight of stairs, he feels loss of stamina.

Stephen Kritchevsky, a 57-year old co-director at the Centre for the Healthy Aging and Alzheimer’s Prevention at Wake Forest University, says that it takes time to recover from illnesses and injuries when you are in 50s.

Dr. David Reuben, who is 65, suffered from extreme tiredness and altitude sickness when he was in 50s. To get over these effects, he follows a strict schedule. Even if he is traveling, he tries to sleep and get up at same time irrespective of the time zone.

Further Stephen says that you experience cognitive decline when you are in 50s. It can get difficult for people whose professions demand mental acuity. The cognitive processing speed slows down in 50s.

In the 60s, the Susceptibility to Diseases Increases

At the age of 60, it can be emotionally taxing for some people. You start reflecting on the kind of life you lived, and self-doubt also becomes common. You feel dejected by the fact that you are now too old to get hired for some jobs.

Starting at age 65, the probability of suffering from dementia get two times every 5 years. The information processing speed may start slowing down.

In the 70s, the Risk of Chronic Conditions Increases

In their 70s, people lose muscle mass and bone so in case they have a fall, there are greater chances of them having a fracture or injury.

By the time, people reach the end of their 70s, they begin to lose height as spine starts bending, they also start losing weight and strength in general. Some people face movement issues as their joints, hips, knees start giving them problems.

Around 50% of men above the age of 75 face troubles related to hearing as against 40% of women. Also, as people turn 70, they start taking medication as preventive measure. But these medicines have their side effects. Kidney and liver may not tolerate the medicine as good as they used to some years back. The biggest challenge when you are 70 is what to do with time as most people have retired by then.

In the 80s, Fear of Falling Grows

Fear of falling increases. The chances of falling in a given year also rise. Around 40% of people above the age of 65 who are living at home will have a fall at least once every year. About 2.5% of them will get hospitalized. The risk increases with age making people in their 80s all the more vulnerable.

When people are in their 80s, they spend more and more time in hospitals due to procedures such as hip or joint replacement. Also, their ability to recover from surgery or illness diminishes. 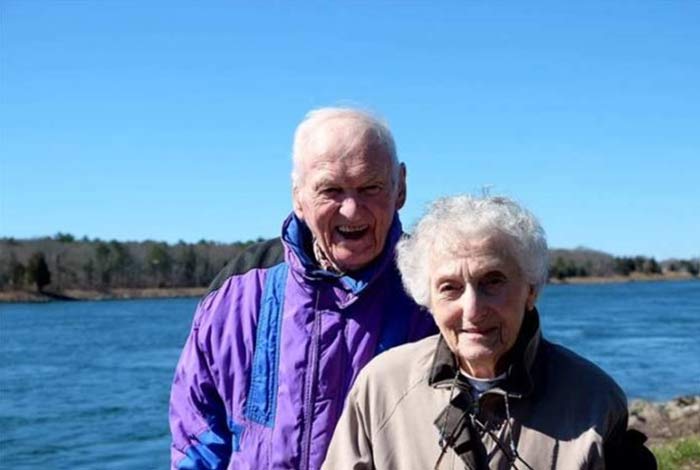 In the 90s and up, Dependency on Others Increases

By the age of 90, people have a 33% chance of showing signs of dementia. The best way to fight dementia is doing two and a half hours of not very intense physical activity. It could be as trivial as brisk walking.

However, at the same time, people in their 90s are more satisfied with their lives compared to younger people. They feel that they are living longer than the average person so it gives them more happiness. But it can be frustrating to realize that those things which could once be done easily cannot be done so easily now. Then you feel that your mind is not working as it should. Physical activity may get difficult as with age one gets tired and out of breath.

It can be said that there is no clear definition of ‘normal’ aging. Everyone ages differently.