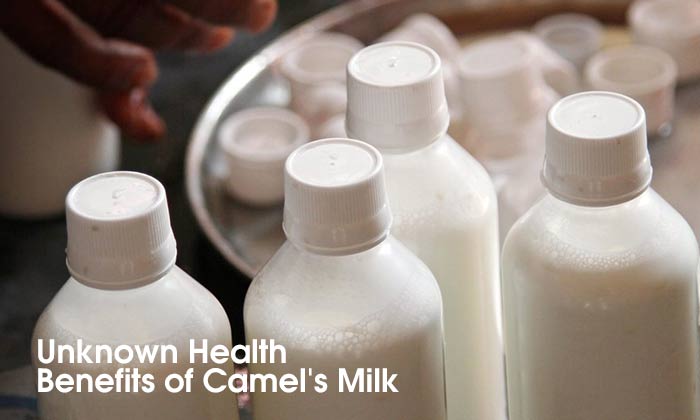 A lot of people can’t digest cow’s milk because of lactose intolerance, which results in sensitivities to various foods. This happens as there is not enough amounts of lactase which breaks down lactose in cow’s milk. The intolerance can lead to gas, bloating and diarrhea as bacteria present in human gut ferment the lactose sugar. The World Allergy Organization says that 5% of the people suffer from allergy to cow’s milk [1] and children have greater likelihood.

Well it can’t be overlooked that a lot of people enjoy milk, whether it is in smoothies, used as a beverage, or combined in foods. And it’s not easy to find the appropriate alternative to cow’s milk since people who are allergic to cow’s milk also have reactions to goat and sheep milk.

So, is there anything left? Well we have an answer which may surprise you as much as it surprised us.

As a part of the same study, a perfect alternative was suggested: camel milk [3]. After human milk, it is the least reactive of all milks. And we’re not joking!

It may come across as a new health beverage, but it has been there for quite a long time and is not something that is new. Camel milk has been used for centuries in Africa, Asia, Middle East. Although there is no scientific validity, but people swear of its therapeutic benefits [4].

Now, we have scientific backing. A lot of studies substantiate what was known to people centuries ago, through intuition. Camel’s milk has a host of health benefits. They are laden with antioxidants and nutrients. 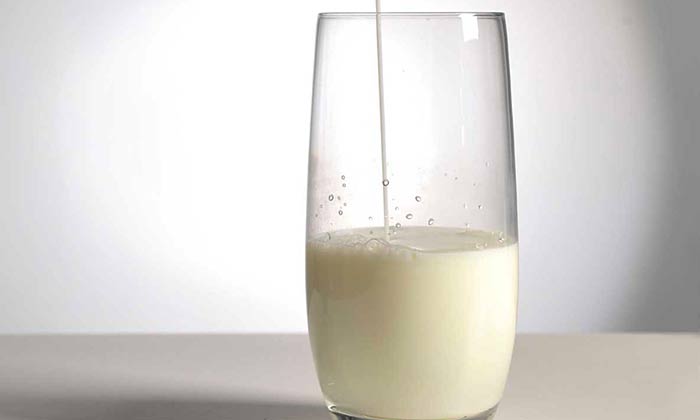 Camel’s milk has more nutrition than milks from other animals like sheep, cows, goat, etc. This is because it contains less amount of milk sugar lactose and more fat content. And as far as digestion is concerned, camel’s milk is easier to digest as it does not have the more difficult to digest A1 casein protein like most traditional dairy. In fact, camel’s milk has A2 casein which can be broken down more easily.

Camel’s milk has high concentrations of magnesium, potassium, copper, zinc, sodium, iron, vitamin C and vitamin B. All in all, the amount of protein in camel’s milk is also higher than that you obtain from other sources.

These nutrients fight oxidative stress that happens due to free radicals and also chronic inflammation. And both these conditions play an important role in development of many diseases including digestive disorders.

The benefits of camel’s milk can be attributed to protein components called immunoglobulins which play a key role in maintaining the health of the immune system. 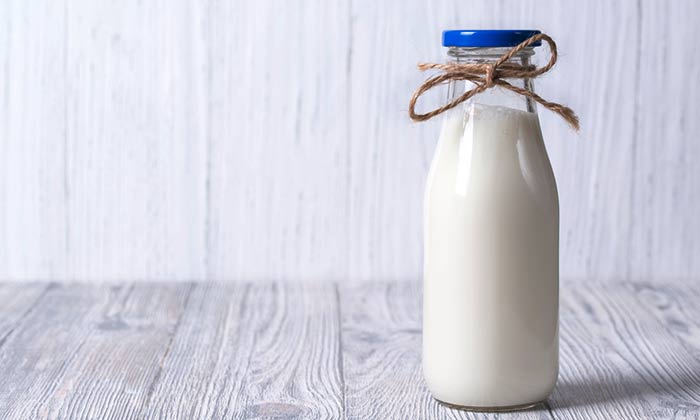 Due to the unique structure, most immunoglobulins from lactating camel remain available in the camel’s milk. It has been found by researchers that these immunoglobulins have a therapeutic effect on various illnesses including Multiple Sclerosis, Cancer, Alzheimer’s disease.

• Lysozymes: These help the immune system in fighting against the invading pathogens.
• Lactoferrin: It is the chief ingredient in camel’s milk. It reduces inflammation, prevents microbial growth in gut, supports the immune system.
• Peptidoglycan recognition protein (PGRP): These help lower inflammation and support the health of the microbiome.
• N-acetyl-§-glucosaminidase (NAGase): The benefits of this enzyme may match those of the mother’s milk.

A study found that camel’s milk offers benefit for many diseases like cancer, diabetes, ulcerative colitis, metal toxicity and alcohol induced toxicity. These are only some of the benefits of camel’s milk and there are a lot more.

1. Safe for Consumption by Those with Cow’s Milk Allergies: Camel’s milk does not have A1 beta- casein and other allergy causing agents that are present in cow’s milk. Drinking camel’s milk is less invasive and costly for children as compared to other interventions for improving the well-being, supporting the natural defenses of the body, and providing adequate nutrients for various conditions like food allergies and dairy intolerance. 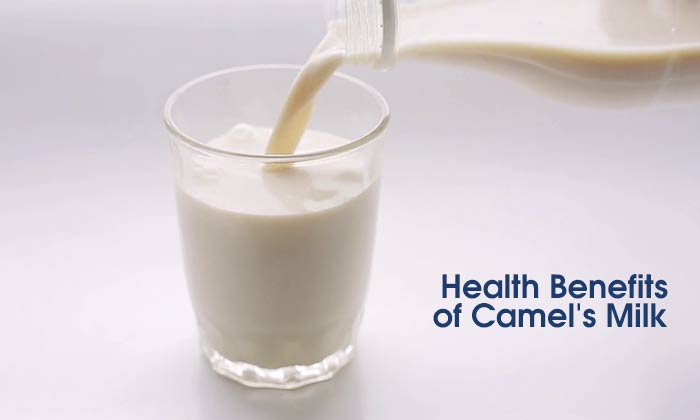 2. Helps Manage Type 2 Diabetes and Control Blood Sugar: A study has found that camel’s milk can decrease blood sugar, reduce insulin resistance, and improve lipid profiles making it an ideal choice for those with type 2 diabetes. In another clinical trial, 20 patients having type 2 diabetes were given 500 mL of either cow’s milk or camel’s milk daily for a period of two months. It was found that camel’s milk improved insulin levels and helped control blood sugar. If you have type 1 diabetes, the demand for insulin could be reduced by 30-35% with consumption of camel’s milk.

3. Reduces the symptoms of autism: Research shows that camel’s milk helps children with autism spectrum disorder (ASD) which can be attributed to the fact that it has antioxidant benefits [5]. As per a case study, drinking half cup of camel’s milk improve the symptom of autism in a 9-year old boy and regularly consuming it resulted in continued improvement over a period of six years.

5. Improves gut health: A study has found that camel’s milk can improve the healthy gut bacteria thus making it an apt drink for people with gut conditions like dysbiosis.

6. Gives a glowing complexion to the skin: Camel’s milk is a great source of alpha hydroxy acids which is used in cosmetic industry for softening the skin, reducing wrinkles and improving the quality of the skin.

How Does Camel’s Milk Taste?

Now after reading all these health benefits, you may be wondering what it tastes like? Does it taste good? Well not only is camel’s milk healthy but also delicious. Though we can’t say that only one drink or food is the miracle drink or food which can solve various problems but used as a part of healthy diet, camel’s milk can provide many benefits for a multitude of health conditions. 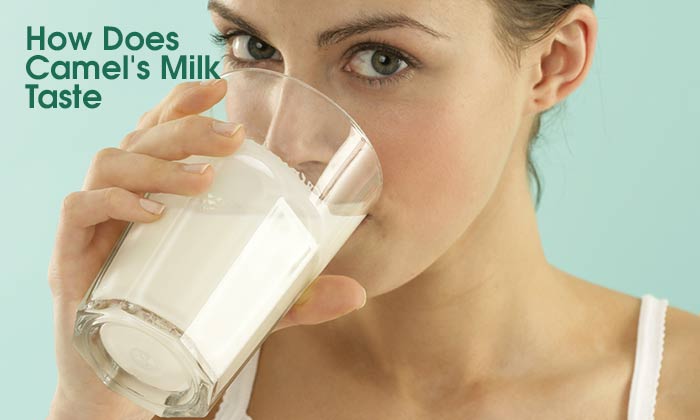 Camel’s milk is costly. And it must be of good quality to reap the benefits. You must choose gently pasteurized and non-homogenized product for destroying the pathogens while keeping nutrients, immunoglobulins, lactoferrins intact. The camels must be raised ethically- baby must not be separated from the mother during the process of milking and camels must be given an appropriate diet.

Camel’s milk contains A2 casein milk protein which is easier to digest, and it also does not have lactoglobulin which is an allergic ingredient.

With its mainstreaming, we are hoping that camel’s milk becomes affordable and easily available. You may drink it a few times every week if you want to fight the various conditions as we have listed before, or you just want to get the nutrients that are there in this amazing milk which are far less allergic than cow’s milk.