Several studies found that absence of breastfeeding or premature discontinuation is associated with increased risk of dyslipidemia, diabetes mellitus, coronary heart disease, metabolic syndrome, and cardiovascular diseases. However, only a few studies have established a relationship between hypertension and breastfeeding.

The study comprised 3,119 post-menopausal women aged 50 years or older. The participant women were non-smokers. Data on these participants were taken from the 2010-2011 Korea National Health and Nutrition Examination Survey.

Nam-Kyong Choi, the paper’s lead researcher, highlighted on breastfeeding benefits for maternal health in later stages of life. The research was recently published in the American Journal of Hypertension.

Identification of High Risk Patients of Hypertension Possible – Thanks to Bioinformatics

With the emergence of Bioinformatics in the country, patients with Hypertension will be able to get access to intensive treatments much quickly. Scientists have developed a machine learning algorithm that...

Overview and Facts Blood is the fluid which is responsible for transporting nutrients and oxygen to the cells and taking away metabolic waste products from them. When this blood flows...

Sadhguru explains that chronic ailments such as hypertension and diabetes, represent internal problems within our bodies. These health conditions signify a severe imbalance or misalignment in our bodies. There...

Benefits of sauna bath were explained through a study done by the scientists at the University of Eastern Finland. Previously, the group demonstrated the role of sauna in reducing... 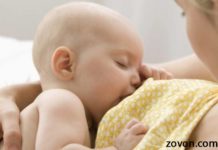 SIDS is an unexplained death syndrome among one year or less than one-year children, usually during sleep and this is known as sudden infant death syndrome. A new research...