We spend a lot of time sleeping and the importance of sleep for cognition and memory cannot be underestimated. Sleep is vital for our well being. But not all of us sleep peacefully through the night. Sleep disturbances whether it is getting up at 3 a.m, or drifting in and out of the slumber is quite common. Sleep Health Foundation conducted a study and it was revealed that about 45% of adults experienced some type of sleep issue during night. If you keep waking up in the middle of the night without any explanation, the body may be trying to tell you some of these things.

We go through many phases during the night which affect how deeply we sleep. We start with the phase where we are just-asleep and pass on to non REM (Rapid Eye Movement) to a deep sleep, REM. Experts say that REM sleep happens every 90-120 minutes. For a lot of us, we keep waking up at the beginning of the night which is when the sleep is shallow.

Waking up in the middle of the night does not present any health risks. Researchers have said that dividing sleep in two segments and waking in the middle was quite common before the Industrial Revolution. Our older generations most certainly slept like this. If you find that you experience wakefulness, here are some reasons why it could be the case.

1. You Are Taking Medicines That Cause You to Wake Up During The Night: Some medicines promote wakefulness and disturb our sleep as their side effects. Mainly it is the heart drugs, decongestants and anti depressants which are highly responsible for a disturbed sleep. This is called as medicine induced insomnia. Further poor sleep makes it highly challenging to get through the day. A lot of times you may feel moody, tired and not being able to concentrate. Also know the side effects of the medicine you are taking and stay in contact with the doctor

2. You Could be Having Heart Issues: A study was conducted recently in 2018 by European Society of Cardiology [1] and it said that there is association between disturbed sleep with waking up in the night with hardened arteries. Atherosclerosis is a condition that hits people with restless sleep. It does not show any symptoms but is related to poor sleep at night. A risk factor for blocking of arteries [2] is failure to get enough sleep.

3. You Are Eating Early at Night: A lot of people wake up at 3 a.m and when inquired about their last meals, we come to know that they had it by 7 p.m. 3 a.m. Is exactly eight hours after the meal. The reason why people wake up at this time is low blood pressure and more fuel is needed by the body. If you have honey, it will help you go back to sleep.

4. You Have Anxiety Issues: Anxiety can cause sleep issues and research suggests deprivation of sleep can result in anxiety disorder [3]. Research also says that there is sleep disturbances in almost all psychiatric disorders. People with chronic insomnia can cause anxiety disorders. Stress and emotional turmoil can affect your sleep.

5. Small Amounts of Sleep Spindles Are Produced by the Brain: A study [4] revealed that people who can sleep peacefully and for appropriate duration of time produce a lot of sleep spindles or spikes of electrical brain activity. Research found that those people who produced more of sleep spindles can sleep through loud noises. However more research is needed.

6. You Are Creative Visually: Poor sleep has a lot to say about the state of your brain. According to a study conducted in 2017, it tells us about the level of your artistic capability, People who are creative spend more hours sleeping. According to research those who are in arts school or visually creative reported greater levels of light sleeping. This is because processing visual creativity involves many psycho-biological mechanisms. So are you working on some visual project for your school? Your sleep might get affected.

7. Dark Scares You: A lot of adults are scared of the dark. A study conducted on college students revealed that students who were struggling with poor sleep were also the ones who experienced fear of the dark. People who are bad sleepers creep out when the lights go off as there is an association between bed and not being able to sleep. This is a type of phobia and phobias can result in anxiety disorders which manifest as physical symptoms and poor sleep is just a consequence of your childhood fright that hasn’t really gone away.

If you are experiencing lack of sleep for no obvious reasons, it would help to get yourself checked by a GP as it could be due to many underlying reasons. Also it won’t hurt to buy a sleep black-out mask. 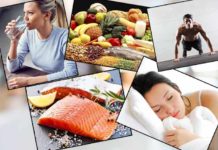 Everyone faces fatigue at some or other point of time of his/her life; either because of working overtime or extensive workout, or may be due to some illness. Well,...