The connection between smoking marijuana pots and sexual activity is still doubtful, but now a large study strongly suggests that everyday use of cannabis may increase sexual drive.

Dr. Michael Eisenberg, assistant professor of urology at Stanford University School of Medicine in California lead a team of researchers to find out the effects of marijuana on sex drive. Dr. Eisenberg says, “Marijuana use is very common, but its large-scale use and association with sexual frequency hasn’t been studied much in a scientific way.”

Dr. Andrew Sun, who is a resident in urology, is the lead author of the research paper that discusses the relation between marijuana and sex drive. The research was published in the Journal of Sexual Medicine.

Nearly 22.2 million people were reported to use marijuana in year 2015 in a report by National Institute on Drug Abuse. However, the link between the sexual satisfaction and marijuana has no clear conclusion. Some experiments done on rats gave the evidences that marijuana leads to variations in sex drive.

Sex frequency and marijuana use:

The National Institute of Family and Growth (NIFG) offers information on the total population of the U.S. and comprises questions related to marijuana use and sexual intercourse frequency. During the study, 22,943 heterosexual men and 28,176 heterosexual women were interviewed and asked questions like how much sex they had in past 4 weeks and their marijuana consumption in the last 12 months.

Contributors were aged 25 to 45, with an average age of 29.5 (men) years and 29.9 (women). The researchers also added data that had been collected since 2002 for the NSFG. They further make adjustments for other possible factors like the consumption of other drugs such as alcohol and cocaine.

The percentage of the men and women, who said that they had consumed marijuana in the last 12 months is 24.5 and 14.5 percent, respectively.

The study also indicated that men, who refrained themselves from marijuana use, had sex 5.6 times in the past 4 weeks, while the ones, who used marijuana daily reported an average of 6.9 times.

”The overall trend we saw applied to people of both sexes and all races, ages, education levels, income groups, and religions, every health status, whether they were married or single and whether or not they had kids.” said Dr. Michael Eisenberg.
Regardless of strong connection between marijuana use and sexual desire, Dr. Eisenberg warned that the study did not confirm causality. He commented, “It doesn’t say if you smoke more marijuana, you’ll have more sex.”

What all one can conclude from this study can be easily understood with Dr. Eisenberg final remarks. He said, “Frequent marijuana use doesn’t seem to impair sexual motivation or performance. If anything, it’s associated with increased coital frequency.” 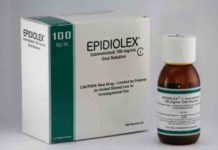