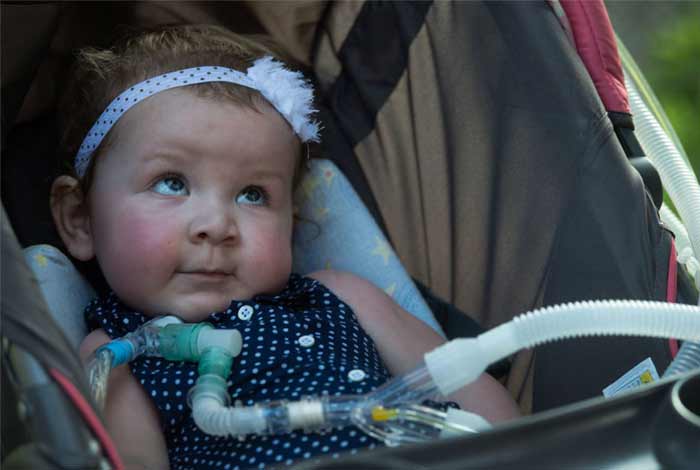 Spinal Muscular Atrophy (SMA), a degenerative nerve disorder, is an untreatable disease and found in some new born babies. In this disease, a new-born kid lacks a gene that produces survival motor neuron (SMN) protein. In the absence of this protein, the spinal cord and brain of the child stop functioning and eventually die off.
However, according to recent research, there are two successful methods for treating the disease to a greater extent.

A novel gene therapy and a drug, named nusinersen (Spinraza) are used to treat the SMA type 1. The gene therapy develops a healthy copy of the SMN1 gene, while the drug stimulates the production of nerve protein from the introduced gene.

According to the researcher, Dr. Ans van der Ploeg, with the use of these treatments, the chances of survival have significantly increased, and they have improved motor functions. She also said that the child would have great muscle and respiratory health with this treatment. Dr. Ans van der Ploeg is the chair of the Center for Lysosomal and Metabolic Diseases at Erasmus MC University in Rotterdam, the Netherlands.

According to lead researcher of nusinersen clinical trial, Dr. Richard Finkel, Chief Neurology at Nemours Children’s Hospital in Orlando, Florida, out of 11,000 babies, one is born with SMA and 6 out of 10 have type 1.

In the Phase I trial, 15 babies, who have SMA type 1 were administered intravenously with the genetically engineered virus having the copy of the new gene. The vector virus used was AVXS-101. The patients with this gene therapy are alive and healthy.

Dr. Jerry Mendell, director of neuromuscular disorders and neurosciences at Nationwide Children’s Hospital in Columbus, Ohio, said that all the sample patients showed positive results, except one and after their research of three years, they have numerous patients, who can easily walk and some of them can even run.

After gene therapy, the trial was done for Nusinersen and for this, 80 babies were taken from 31 different hospitals and this was considered as Phase III trial. During the trial, the drug was administered in the spinal fluid of the patients. Within the initial two months, patients underwent four “loading doses” via lumbar puncture and got maintenance doses at every four months.

Finkel stated, “The drug is kind of novel. It’s not your standard off-the-shelf pharmacy kind of drug. It’s similar to a little piece of DNA.”
The drug trial was successful among 41% of the babies and the overall analysis indicated that 51% of the sample patients had improved motor functioning. With this drug, the death rate decreased by 63%.

Finkel supported the drug administration in the study and said, “This study shows the drug has a clinically meaningful response with a higher likelihood of improved survival and motor function.”

No significant side effects of the treatment were observed during the research. It was concluded by the research team that the kids with less severe effect of the disease have more potential to improve in comparison to those with severe effect. The gene trial proved successful on a pilot level, but a huge data is still needed for its better recommendation.