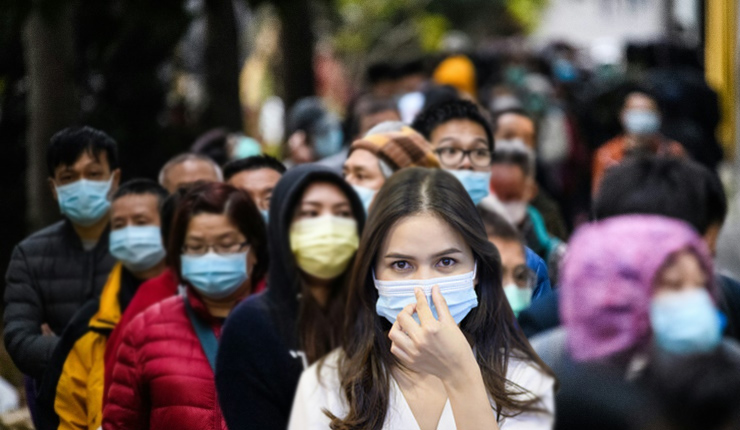 The New York Times has published the case of a 33-year-old Hong Kong man who got infected by the novel coronavirus a second time. He was infected first time around four and a half months back in March 2020. However, he didn’t have any symptoms the second time, meaning thereby that his immune system was strong enough to tolerate the second infection. This case is considered the world’s first documented case of Covid-19 reinfection.
When the person was infected in March for the first time, he had symptoms such as cough, fever, sore throat and headache. However, it seems that his immune system prevented the disease from getting worse when he was infected second time as he was completely asymptomatic.

There have been various reports about possible reinfection from around the world but the evidence has mostly been rumors and in certain cases due to faulty testing or slight viral infection that may remain in a recovered person.

But researchers at the University of Hong Kong sequenced the virus from both the infections and found they did not match, indicating the two were unrelated. This proved that it was a second infection and not caused by prolonged viral shedding.

This has caused panic among Scientists and Researchers about the probability of reinfection. However, if we consider millions of people infected by Covid-19 around the world and this one being the first documented case, the situation may not be that alarming. Moreover, since the patient did not show symptoms in the second infection, the immune system could have provided the protection, even if it couldn’t prevent the infection altogether. This immunity is expected to build with each subsequent exposure to the pathogen.

Malik Peiris, a virologist at the University of Hong Kong who is familiar with the case, told STAT News, “The fact that somebody may get reinfected is not surprising, But the reinfection didn’t cause disease, so that’s the first point. And the second thing is that it is important to know whether the patient mounted a neutralizing antibody response to the first infection or not. Because the vast majority of patients in our experience do mount a good neutralizing antibody response. So is this person an outlier or is he likely to be the average person infected?”

In the NYT report, Dr Iwasaki said that the man had no antibodies after the first infection but produced them after the second exposure. Immunity is expected to build with each exposure to a pathogen exactly in this way, she noted.

Earlier studies have found that SARS specific antibodies remain for an average of two years in human bodies after the infection. This meant that SARS patients might be susceptible to reinfection three years after initial exposure.

As for the seasonal coronaviruses that cause common colds, immunity seems to last for a shorter period of time, even if there are more number of antibodies, which is why getting a common cold is more frequent.

Scientists are of the opinion that humans surely develop an immune response after the first coronavirus infection but how strong that immune system is or how long it will last is still under investigation.

The first case of Hong Kong is still being reviewed.