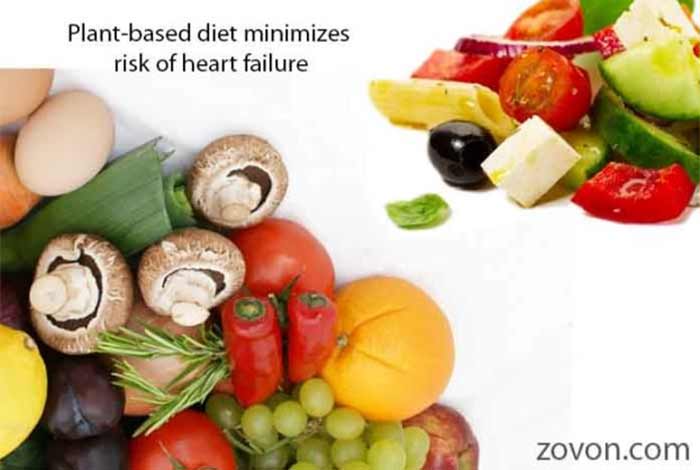 A new, introductory study reported that if a person consumes a plant-based diet, he is at a lower risk of heart failure.

Researchers said that they considered five different dietary patterns and observed that people, who were stuck to plant-based diet are at 42% lower risk of heart failure. This observation was done for a duration of four years.

In the U.S., almost 6.5 million adults are affected by the heart failure condition, which means that heart is unable to pump enough amount of blood to perform basic body functions.

The study considered nearly 15,500 American adults, aged 45 and above, without known heart failure and heart diseases. In the study, the plant-based diet was compared to other four dietary patterns.

Plant-based dietIt is recommended that plant-based diet must be taken, and the convenience food must be avoided, which includes red meats, pasta, desserts, slices of bread, sugary beverages, alcohol, fried foods.

Lara also commented that the other four food patterns are not associated with minimizing the risk of heart failure. The previous researches also proved that diet is a concerning factor for narrowing of arteries that results in heart attack, stroke and heart failure.