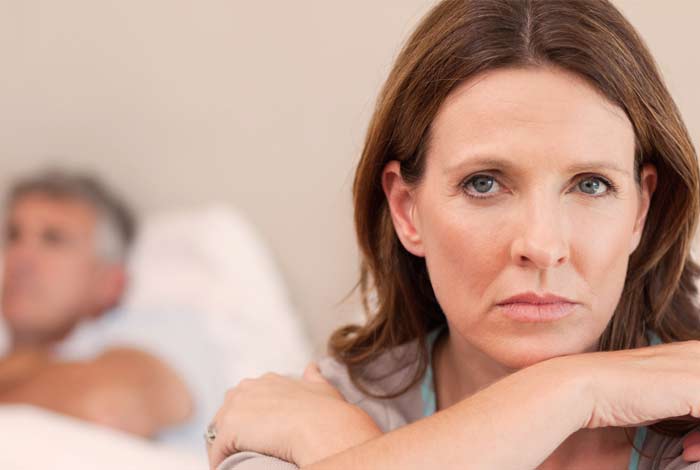 Until recently, peri-menopause period was more of a fiction than being science, most health experts had little or no information about the same. These changes can start sooner i.e. as early as late 30s and may last for a decade. Cycles may also stretch to 80 days, which is a longer interval than known or may occur much before than usual. Long periods and heavy bleeding are generally reported by over 30% women during peri-menopause.

The road towards menopause is not always a steady one. The cycles become so variable that most women don’t know what to do or expect. Estrogen and progesterone levels change like crazy, aging ovaries may or may not pop an egg out. The uterus lining may stay in its place or rush out for an eventual exit. Wacky hormones might also shout out arrival of an impending period. PMS, tender breasts, bloating, fatigue may even stick around longer, and you may feel worse.[1]

Read-on to know 4 peri-menopause period symptoms that might indicate a serious health issue.

Peri-Menopause Symptoms You Must Not Ignore

Here’s a list of peri-menopause period symptoms that you must pay attention too.

1. Your Periods Are Too Long:

On an average menstrual flow lasts for four to six days, but during peri-menopause, it may take figuratively forever to end. Few months you might not ovulate, and your aging ovaries might not pump out adequate levels of estrogen and progesterone. This hormonal imbalance can cause your uterine lining to thicken. As a result, when you have your periods, it may take so many days for the uterine lining to shed.

It May Also Mean that you have uterine polyps which are mushroom like “skin tags” growing out from your uterus walls. These could lengthen bleeding.

Consult Your Doctor If you’ve had periods for more than seven days in a row. At worst, you may have developed certain precancerous changes in your uterus lining.

2. Your Periods Are So Heavy:

Women generally have heavy menstrual bleeding when they are experiencing peri-menopause. And it could get worse if you suffer from obesity, as your chances of heavy periods increase by almost 50%.

It May Also Mean that you have developed a fibroid which is a noncancerous tumor. It usually begins in the muscle wall of the uterus.

Consult Your Doctor If your heavy periods have started interfering with your life or you’re feeling exhausted most of the times. You may become anemic due to excess blood loss.

Other serious conditions such as precancers and cancers of the uterine lining may also lead to heavy periods.

3. You Notice Spotting Between Periods:

Some of the women might bleed between two consecutive cycles, when they ovulate. Hormonal shifts might contribute to this spotting between the periods.

It May Also Mean that you have developed a polyp, or you have a condition known as adenomyosis wherein lining tissue lodges in the uterus’s muscle wall and may leak out blood between periods. Spotting might also be due to an infection or precancerous changes in your uterus lining.

Consult Your Doctor If you notice any spotting. A regular gynecologist exam can figure out what caused spotting in first place. 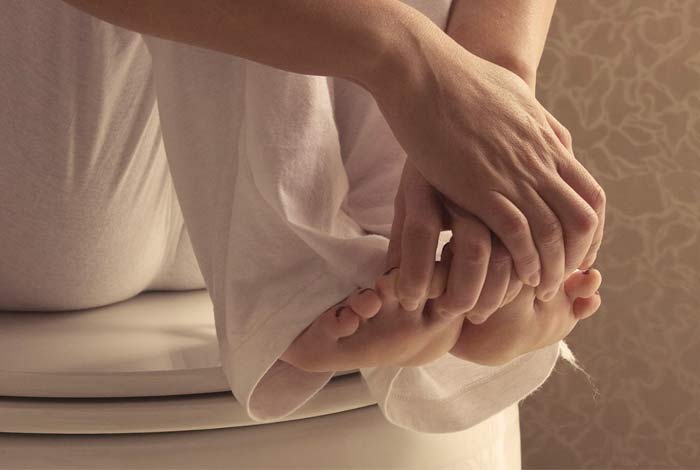 4. Your Periods Return After Months of No-Show:

You had been planning for a menopause party after going through so much, but once again your periods show up after months of absence. The time between two periods lengthens as you tread towards menopause. The average cycle length is almost 80 days in 12 months before you will have your final period.

It May Also Mean that you have either underactive or overactive thyroid.

Consult Your Doctor If you don’t have periods for 90 consecutive days and then have periods again. Thickened uterus lining can also increase your risk of certain precancerous changes known as hyperplasia.

We advise you to keep a check on these symptoms, to prevent any impending serious health condition. No, you don’t need to thank us for this.