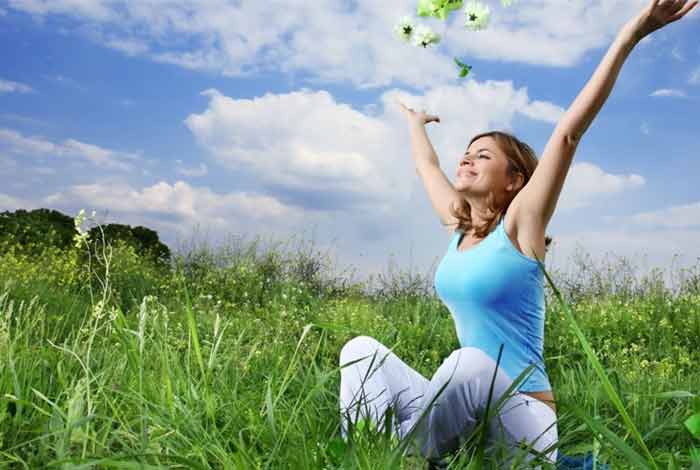 Give yourself a moment or two to observe the nature and notice what it makes you feel. Research suggests that catching a glimpse of nature can evoke happiness in you.

According to a recent study conducted by researcher, Holli Anne Passmore, Ph.D. student at University of British Columbia (UBC), spending little time amid nature makes you feel happier. Since we have evolved in nature and thus, it is very much required for our psychological well-being. The study was published in the Journal of positive psychology.

In this study, researchers have established that being in nature leaves a deep impact on our brain and helps in the reduction of anxiety and stress. When we interact with nature, we are physically as well as psychologically involved, which makes us healthy and happy. This in turn, calls for preservation of natural habitat and species.

In the past, many writers have also emphasized the importance of nature grace and beauty. For example, noted authors like Blake and Wordsworth quote that the world is heaven covered by nature.

For the study, Dr. Passmore took 395 undergraduate students at UBC as subjects. They were divided into three groups. The first group was asked to take pictures of natural scenes and objects like sunset or flower and they were told to jot down the emotions that evoked with each specific view of nature.

The second group was asked to take pictures of manmade stuffs like buildings, machines, etc. The third group was the control group that did not participate in taking pictures of any type.

Moreover, the participants of 1st and 2nd groups took picture while they were engaged in their daily activities and not particularly out to take pictures. For example, they could take pictures of flower at a bus top while commuting and did not make any special arrangement to click the pictures. The participants also enjoyed the research and submitted around 2500 photos.

It was observed by Passmore that subjects, who interacted with nature reported increased levels of happiness and well-being and were more open to interaction with peers and engage socially.

The sense of happiness and overall wellbeing of participants, who captured pics of nature, was much higher than those, who took pictures of manmade buildings and the control group. It was found that people, who live in greener spaces away from the hustle bustle of the city have greater wellbeing and longer life span.

Researchers at UBC are studying how nature can make our life more beautiful and enrich us with its beauty.