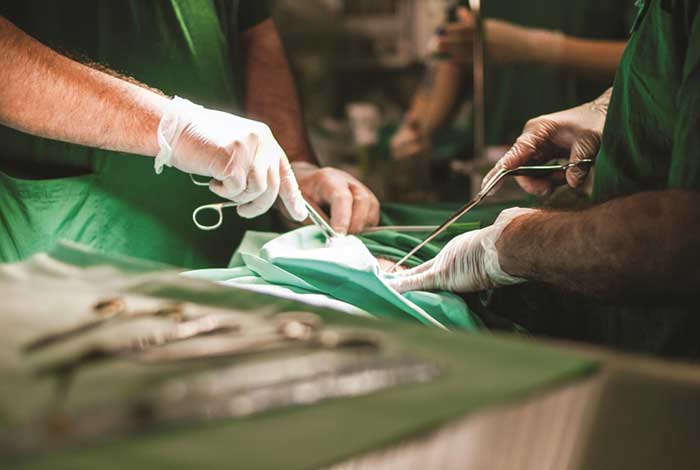 Stopping a seriously injured patient from bleeding is no less than a miracle. A wound on arm or leg can be fatal if bleeding continues for a longer duration. In some situations, such as injuries to soft tissues or vital organs, it gets difficult even for physicians to control the bleeding. Moreover, bringing injured persons from a remote location or soldiers from the battlefield to the operating room immediate enough to save their lives is practically impossible.

Development of a Surgical Sealant:

Mentioned in the journal, Science Translational Medicine, a study conducted by researchers from noted institutions, including Harvard University and Northeastern University, to analyze if they can use tropoelastin – a human protein – to develop an improved surgical sealant. The team analyzed how the sealant worked in animal tissues.

“We became aware that lung injuries in particular pose a surgical problem for which there is no convincing solution yet, and started to investigate our materials approach as a sealant for lung and other elastic tissues,” said Nasim Annabi, an assistant professor in Department of Chemical Engineering at Northeastern University and a lecturer at Harvard-MIT’s Division of Health Sciences and Technology.

The team used tropoelastin – a precursor of elastin protein that allows many tissues in the body to restore their shape after contracting – in the process, involving UV light to form a “cross-linked” gel, known as MeTro, or methacryloyl-substituted tropoelastin.
The scientists are hopeful to utilize MeTro to create an advanced surgical sealant that wouldn’t require extra staples or sutures.

“Currently available sealants are not suitable for most surgical applications and they do not work alone without the need for suturing or stapling because they lack an optimal combination of elasticity, tissue adhesion, and strength,” stated Ali Khademhosseini, a co-author of the study. He further added, “Using our expertise in creating materials for regenerative medicine, we aimed to create an actual fix for this problem.”

The material was initially examined in the arteries and lungs of mouse, and subsequently, tested in the leaking lungs of pigs. It was found that the wound had been totally sealed without the use of additional staples and sutures with no indication of pneumothorax or collapsing lungs within 14 days from the time of application.

“In our in vivo studies, MeTro seems to remain stable over the period that wounds need to heal in demanding mechanical conditions and later it degrades without any signs of toxicity,” said Khademhosseini. He also said, “It checks off all the boxes of a highly versatile and efficient surgical sealant with potential also beyond pulmonary and vascular suture and staple-less applications.”