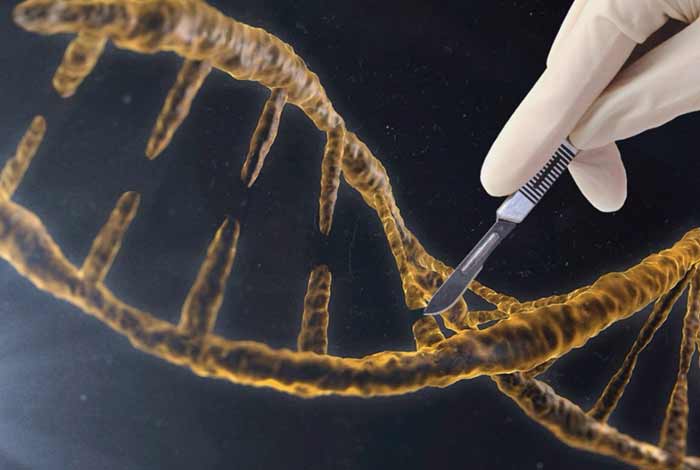 A major breakthrough in gene editing helps scientists in detecting the problems related to the genetic code easily and possibly helps in the treatment of various diseases. The latest technique can help doctors alter the DNA of people, modify the molecular machines that make our body able to fight against genetic diseases.

It can help in the removal of problems caused by genetic mutations such as genetic blindness, sickle cell anemia, cystic fibrosis, metabolic diseases, etc. According to the scientists, it can also be useful to “write in” significant mutations.
The “base editor” works as a molecular machine which converts a single building block of DNA directly into another. DNA sequences consist of four “base” chemicals that are paired up in a unique way, on the molecule’s twin-stranded double helix.

However, the new tools are far more effective in DNA editing as compared to the leading and popular technology, CRISPR (Clustered Regularly Interspaced Short Palindromic Repeats). “CRISPR is like scissors, and base editors are like pencils,” said David Liu, the chemical and molecular biologist who led the study.

Guanine (G), adenine (A), thymine (T) and cytosine (C) together make the letters of the genetic code. The new system is highly significant in the field of science and medicine as it converts the DNA base-pair A-T to G-C.

David Liu, professor, Harvard University said: “We developed a new base editor, a molecular machine, that in a programmable, irreversible, efficient and clean manner can correct these mutations in the genome of living cells.”

“When targeted to certain sites in human genomic DNA, this conversion reverses the mutation that is associated with a particular disease.”

The “machine” known as Adenine Base Editor (ABE), was laboratory tested by the correction of the mutation that causes hereditary haemochromatosis (HHC), a disease that is responsible for iron overload in the body.

However, Dr. Liu said that the technique requires a lot of work before it could be applied to human patients.

He added to his statement, “We still have to deliver that machine, we have to test its safety, we have to assess its beneficial effects in animals and patients and weigh them against any side effects, we need to do many more things.”