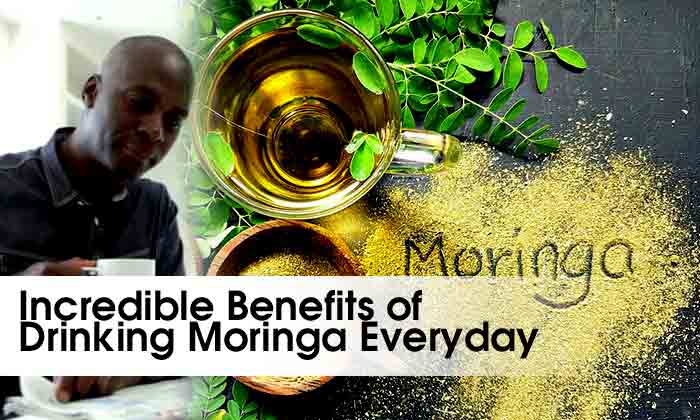 Appears as if turmeric has some latest competitor! Moringa plant has lately garnered much attention and is emerging as an all new superfood for its extremely nutritious profile and excellent anti-inflammatory, tissue-protective, antioxidant properties among several other health benefits.

Moringa oleifera, commonly known as horseradish tree, drumstick tree or ben tree is a small tree from Pakistan, India and Nepal. This plant has been long used since generations in most of the Eastern countries to both treat and prevent certain diseases like heart disease, diabetes, anemia, liver diseases, arthritis, digestive disorders, respiratory diseases and skin disorders.

Moringa is quite popular as an amazing leaf powder supplement, although the roots, pods, bark, seeds, flowers and fruits can also be consumed.

Moringa is the superfood that most of the health experts are currently raving about.  Eric Helms, founder of Juice Generation revealed that it is stronger than turmeric owing to its ability to significantly combat inflammation. Moringa leaves, that can be ground down to a green velvet-like fine powder, that first emerged in the wellness scene around two years ago. Moringa extract has since been on a rise in popularity and was named among one of the top wellness trends for its excellent anti-inflammatory properties.

What Health Experts Feel About Moringa?

Kellyanne Petrucci, a naturopathic physician based in the New York City, explains that inflammation is an integral part of almost every disease associated with aging, obesity, diabetes, cancer and cardiovascular disease.

Much before Moringa’s arrival, turmeric was considered as ultimate anti-inflammatory spice

However, Moringa’s health benefits are much beyond its super beneficial anti-inflammatory properties. Kimberly Snyder, nutritionist, asserts that moringa has twice the protein and around three times iron than spinach. In one crucial research, it is observed that this leafy greens’ high protein content can help boost your daily protein content, such that some health experts also recommend it be added to the smoothies instead of the classic protein powders. [1]

Moringa’s extract can also help manage the high sugar levels, as discovered in several researches. In an important study, participants who were previously diagnosed with type-2 diabetes experienced a significant decrease in their blood sugar levels after consuming moringa for around eight weeks. [2]

Trisha Williams, a nutritionist in New York City, suggests her clients to consume Moringa in supplement form. Since Moringa has around twice as anti-inflammatory properties as turmeric has, it would be beneficial for having that therapeutic dosage of moringa powder through our daily diets. Williams asserts that Moringa powder has an approximately peppery taste as arugula has.

Health Benefits of Having Moringa Everyday 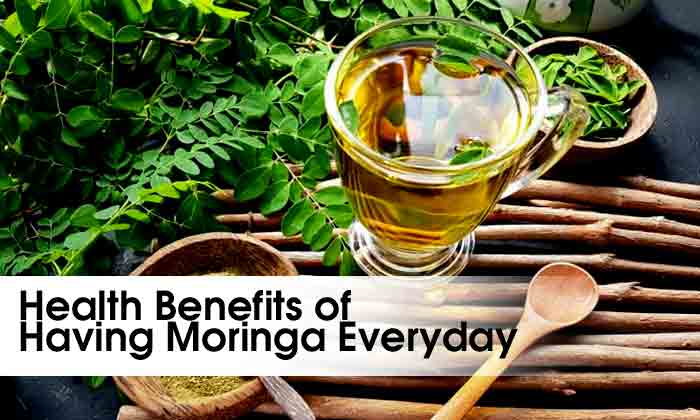 1. It Is Super Packed With Nutrients

Antioxidants help fight the free radicals, molecules which are responsible for causing oxidative stress, inflammation and cell damage. Moringa has a number of powerful antioxidants known as polyphenols, flavonoids and ascorbic acid in their flowers, leaves and seeds.

Inflammation can result in multitude of chronic diseases such as respiratory problems, diabetes, cardiovascular disease, obesity and arthritis. Moringa can help in reducing inflammation by inhibiting inflammatory enzymes in the body. Moringa leaf concentrate could significantly reduce inflammation in the body cells.

Moringa powder can help in reducing your lipid and blood glucose levels. It also helps in regulating oxidative stress in patients living with diabetes, which indicates that moringa lowers blood sugar and also protects against the cell damage. [3]

Moringa can promote your brain health and improve cognitive function owing to its antioxidant and neuro-enhancer properties. It has also been tested as a proper treatment for Alzheimer’s disease with positive preliminary results.

Moringa has high amounts of polyphenols in the leaves and flowers. Moringa can help protect your liver against toxicity, oxidation and eventual damage.

Moringa has excellent blood-clotting abilities in its leaves, seeds and roots that can help with wound healing. Moringa may also reduce the blood clotting time, which means that it significantly reduces the time that cuts, scratches or wounds usually take to stop bleeding.

8. It Has Powerful Anti-Microbial and Anti-Bacterial Properties

Moringa has myriad of anti-bacterial and anti-fungal properties that can effectively combat infections. Moringa has been effective against various fungi that can result in infections on the skin. Moringa also combats the bacteria responsible for causing certain urinary tract infections and digestive issues.

How to Use Moringa

You can add a tablespoon of moringa powder to your smoothie or have it as a tea. Surprisingly, it is safe to have moringa leaf powder in larger doses than recommended, according to a number of studies [4].

Moringa powder generally has a mild flavor, so it is best consumed as your morning tea. Put in hot water and consume as a refreshing tea that has tons of alkalizing, nutritional and detoxifying benefits.

Moringa powder can be consumed in a capsule form or sprinkled into sauces and soups, according to Kimberly Snyder.

Moringa may have certain laxative effects in larger quantities, you must therefore have it around half to one teaspoon each day, to prevent digestive issues.

We are sure this article would have made you consider moringa as a new addition to your daily diet, now on.