Home Health News Can Evolution Be Blamed For High Risk Of Advanced Cancers In Humans?

A study led by researchers at the University of California San Diego School of Medicine and the Moores Cancer Center has found the link between cancer and evolution. The study published in FASEB BioAdvances revealed that the evolutionary genetic mutation in humans might be partly to blame.

At some specific point of time during human evolution, the SIGLEC12 gene and specifically, Siglec-12 protein it forms as part of immune systems had a mutation which prevented its ability to differentiate between ‘self’ and the invading microbes, so the body needed to eliminate it to prevent the harmful effects, according to author Ajit Varki, professor at the UC San Diego School of Medicine and Moores Cancer Center. However, it is not completely removed from the population. It seems that the dysfunctional form of Siglec-12 protein played a role in cancer development and now became an issue for some people who produce it.

Link between cancer and evolution

Usually, genes that encode the dysfunctional proteins are removed by the body over a period of time, and nearly two-thirds of the world’s human population stopped producing Siglec-12 protein. The gene still hangs in humans, and it was thought to have little functional relevance, and there have been few follow-up studies in the two decades since it was found. Chimpanzees can still produce functioning Siglec-12.

When Nissi Varki’s team planned to detect this Siglec-12 in non-cancerous tissues using the antibody against the specific protein, around 30% of the samples were found positive, as expected as per the genetic information. Opposite to this, most of the advanced cancer samples from the same population were positive for Siglec-12 protein.

Results of the study

Studying different populations of patients with advanced colorectal cancer, the researchers showed that more than 80% had the functional form of the SIGLEC-12 gene, and these patients had worse outcomes than the patients without it.

These findings suggest that a minority of people who can make the proteins are at greater risk of developing advanced cancer.

The researchers validated their findings in mice by incorporating tumor cells designed to produce Siglec-12. The cancers grew faster, and also turned on several biological pathways that are involved in advanced cancers, as compared to the control of tumor cells without any functioning Siglec-12. 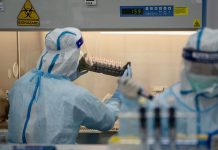 While the world is aiming to develop vaccines to control covid-19, researchers at the Institute for Biomedical Sciences at the Georgia State University have found a way to control... 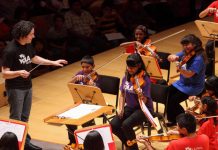 Science has shown that musical training can change brain structure and function for the better. It can also improve long-term memory and lead to better brain development for those...