Home Expert Zone Sadhguru How to Give Up Smoking? 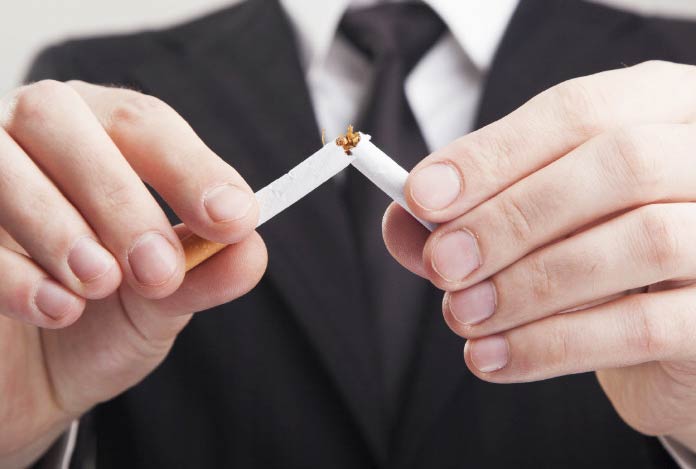 Smoking is very harmful for health and increases the risk for various diseases. The harmful tobacco of cigarette can lead to life threatening conditions such as cancer. This is not a myth, even the packages of cigarette come with a warning saying, “cigarette smoking is injurious to health.”

According to Sadhguru, smoking is all about the choices. If a person wants to smoke and fill their lungs with smoke containing tobacco, it all depends on them. But, every smoker should always be ready for the consequences. There will come a time when they won’t be able to smoke anymore because their lungs will no more be tired of absorbing all that harmful smoke. But, if a person knows the consequences and still willing to smoke, it is all up to them.

Sadhguru also talks about the concept of eco-friendly machine, a term he uses to refer to humans. He says that human body wasn’t made to smoke. He presents an example of humans doing research on engines and fuels in order to make their cars produce less smoke. He further continues that if humans want to make a non-smoking machine into a smoke producing machine, then it is totally a stupid idea.

However, if a person still smokes cigarette, then they are doing it for their own pleasure, and should remember that their pleasure is going to have consequences. He further says that he does not believe in the idea of telling people to give up smoking. Instead, he suggests people to perform Shambhavi Mahamudra, which can help them feel joy and they won’t need the smoke of cigarette or any kind of alcohol for feeling joyful.

Many time, Sadhguru has been questioned that when it is so difficult to breathe in the cities with so much pollution or other chronic diseases that people have to...

What Should be the Ideal Temperature of Potable Water?

A piping hot cup of coffee or tea during the winters or a chilled glass of water might seem rejuvenating, but are you aware of how they affect our...

Sadhguru Explains How to Cope With the Loss of Loved Ones

It is both unfortunate and excruciating to lose a loved one. Death, desertion or a disease might part you with your loved one. The most troublesome part is the...

Spirituality is not just about looking for truth or God, but about learning to observe or paying attention. Sadhguru asserts that every sphere of our life – from religious...

Cancer patients who undergo chemotherapy have to go through excruciating pain and lot of stress. Sadhguru explains whether yoga can of any help for people undergoing chemotherapy. He feels that...

What to Do If Your Parents Quarrel Often?

We often find ourselves in serious and rather sad situations. Many of us are caught in between fights our parents are having. All of this can have a negative...