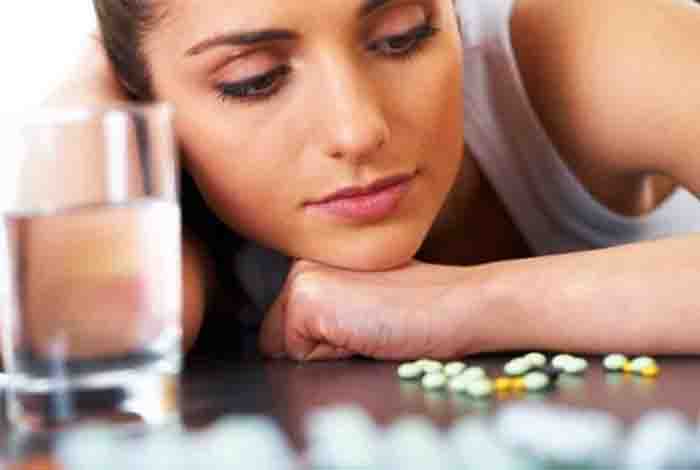 Millions of women are suffering from depression these days. Women are more likely to suffer from depression than men, due to certain biological, social, and hormonal factors that are restricted to women. The symptoms of this condition can interfere with their ability to work, eat, sleep, study, and enjoy life. In such conditions, they usually start taking antidepressants.

According to the World Health Organization (WHO) [1] , depression is the most common problem globally and approximately 300 million people are affected with it. Women make up the majority of patients who are prescribed antidepressants these days. The common side-effects of using antidepressants are nausea, over-sleeping, increased appetite, weight gain, insomnia , dry mouth and many more.

Instead of these side-effects, women are opting for antidepressants at a very higher rate. But they are not aware of the fact that what will happen if they use these drugs for long term. They are unaware of the symptoms associated with the withdrawal of these medications. According to the new analysis of federal data by New York Times, long-term usage of antidepressants in the United States is growing at a fast pace. Around 15.5 million Americans have been taking medications for the last five years. Also, according to Harvard Health Publishing [2] ,  one in ten women ages 18 and over are taking antidepressants.

Undoubtedly, antidepressants can improve quality of life but there are symptoms associated with the discontinuation of the drugs known as “discontinuation syndrome.” The symptoms can range from moderate irritation to severe disruptions. It can affect your mental ability, which in turn lead to mood swings, suicidal thoughts and can affect your appetite. Discontinuing these drugs may cause return of the patient’s depression that motivate them to take anti-depressants.

The results of studies on withdrawal depend on patient’s withdrawal experience and the prevalence of withdrawal symptoms seen with different drugs. This also depends on for how long you have been on the prescribed drug. In an interview by New York Times, certain patients were questioned about their attempt to discontinue antidepressants. A 27-year-old woman said it took her approximately nine months to cut-off herself from a drug, by gradually reducing her doses.

There are alternatives that can help overcome depression without the use of antidepressants. If you are suffering from depression, having a better-quality life may be possible with the help of proper diet and some physical exercise. New clinical applications of therapies related to mindfulness for depressed patients are giving promising results. Walking outside in an open space might be a good idea for combatting depression in a better way. It helps lower stress hormonal level and maintain normal blood pressure which ultimately makes you feel better. Staying in the sun for a while can also enhance your dopamine levels which in turn can reduce depression. Meditation or yoga are some other ways to relive depression naturally. These natural therapies will work slowly but you don’t have to face that withdrawal syndrome. You can also read Sadhguru’s tips to handle depression.