Have you ever head about cold yoga apart from hot yoga, power yoga etc. ?

If no, we bring you this to reach another level of fitness.

A mere thought of workout usually evokes the image of a typically hot gym – packed with fitness enthusiasts, working really hard to get closer to their weight loss goals with their gym clothes drenched in sweat.

It is a general notion there is an inherent relation between heat and exercise. When we exercise, calories burn and muscles excite, which eventually help us melt down the extra body fat. However, the truth is that exercise can be effective without being sweaty and hot. There are scientific evidences that indicate that exercise at cold temperatures can be beneficial too so this cold yoga really helps a lot.

Cold yoga is relatively a new concept of fitness, which consists of 3 different sessions – yoga-based mobility and strength training at 16°C (60°F), a cardio-based workout to be performed at 13°C (55°F) and high-intensity interval training (HIIT) at 7°C (45°F).

A National Institutes of Health (NIH) study showed an increase of 11% energy expenditure during nighttime in participants, who changed their night sleeping temperature from 75°F to 66°F. [1]

Kristin Stanford from the Ohio State University Wexner Medical Center explained that when our body is cold, it continuously works to bring back the temperature to normal. She further added that the body tries to do so by burning more calories to produce more heat. It actually utilizes the brown fat to generate energy. Brown fat, in opposition to the harmful white fat, is metabolically active.

In another follow-up study, the same researchers from NIH, who conducted the above-discussed research, divided participants in 3 groups, who slept at 66°F, 75°F and 80°F, respectively for a month. [2] The results indicated that the brown fat content of the participants, who slept at the 66°F was up by roughly 42%.

Further, a recently published study has found a particular lipid molecule inside brown fat, which significantly contribute to some of these metabolic changes. [3] It is the very same lipid, which flows through the bloodstream post exercise. This simply indicates that physical effort and low temperature can induce the metabolism of brown fat.

Although researchers are presently not sure about the synergistic effect of exposure to cold and workout, they don’t deny its possibility. According to them, further research is required to establish this fact.

In addition to physical advantages of exercising in cold temperatures, being mentally focused during workout allows you reap more benefits. Unlike cold temperatures, which promotes movement, heat discourages mobility. And possibly, due to this reason, marathons are usually organized during the spring or fall and not in the summers.

This fact is further supported by a study, in which, athletes took a stationary bike test twice – first, at 70°F and then, at 91°F, in a humid and non-humid environment. [4] It was found that the participant’s levels of VO2 max (a performance measure) – decreased in hotter atmosphere.

Similarly, another study depicted that marathon participants gradually got slower when the temperature was raised to 77°F from 41°F. [5]

Sweat Is Not Everything 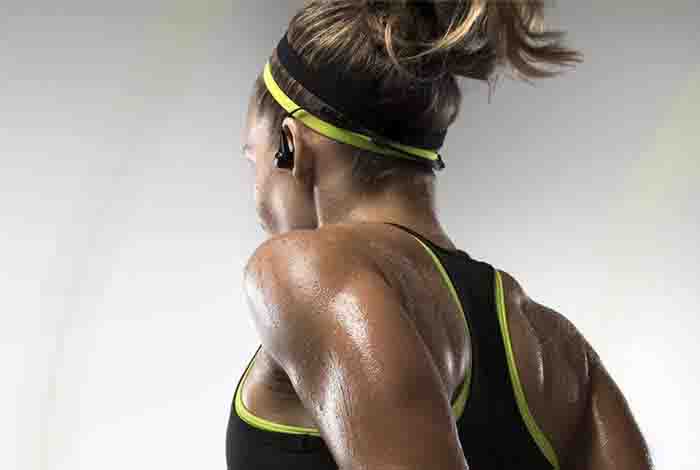 It is a sheer myth that sweat is the leading way with which, the body sheds fat. In fact, only 16% of the fat leaves the body via body fluids, including sweat and urine. [6] The rest 84% of the fat that the body loses is broken down and gets out of it through the lungs. [7]

Thus, only because we are not sweating doesn’t indicate that our body is not performing optimally during exercise.

How Beneficial is Hot Yoga? 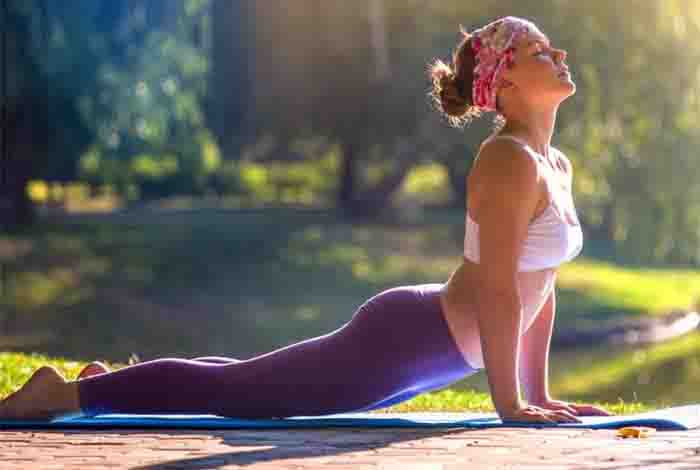 If a steamy session of yoga is what you like, it is totally fair to get sweaty. Interestingly, a recent study on a type of hot yoga, known as Bikram yoga, depicted no extra health benefits. The study results indicated no additional changes in vascular health in two groups of participants, who did Bikram yoga at 73°F and 105°F, respectively. [8]

Besides, another Bikram yoga-based study, funded by American Council on Exercise, depicted that hot temperatures led to the development of risky core temperatures in yogis that could be hazardous to health. [9]