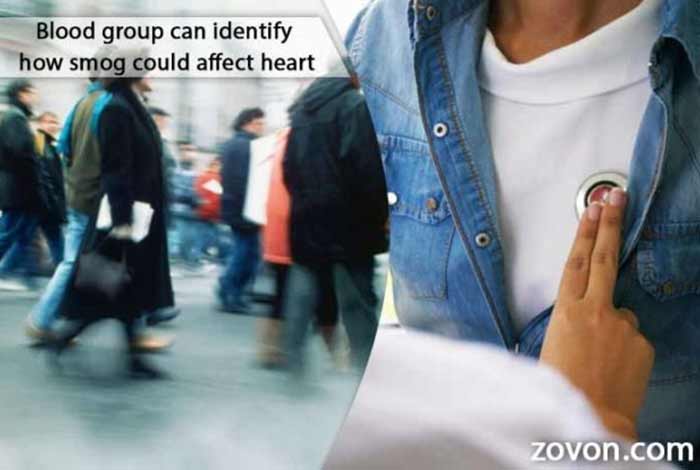 A recent study showed that people with a specific type of blood group are at a higher risk of heart attack with the elevated levels of air pollution, resulting in smog condition.

It was reported by the U.S. Environmental Protection Agency (EPA) that people with blood groups A, B or AB with coronary artery diseases are at a higher risk of heart attack when they get exposure to higher levels of PM2.5 air pollution in comparison to those, who have O blood group.

A researcher from Intermountain Medical Center Heart Institute, Salt Lake City told that a person couldn’t have a heart attack until he/she has a coronary artery disease and it’s also unavoidable.

A clinical epidemiologist, Benjamin Horne said that to have a heart attack a person must have several characteristic symptoms of coronary artery diseases. He also said that the connection between the non-O type blood group and pollution resulting heart attack is not a condition to panic, but it is a situation to be conscious about.

The study was reported at the American Heart Association’s annual meeting, held in Anaheim, California on November 14, 2017. It was also mentioned by the researchers that their research cannot be considered for publishing in the journals, but could only be considered as preliminary since no detailed analysis was performed.