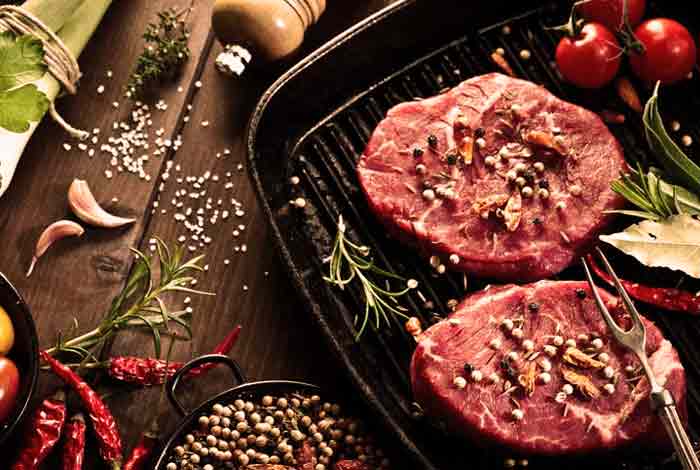 These days, you generally don’t find much to read social media posts or hear people rave about their omnivorous, balanced and wholesome diets. Instead, everyone out there seems to be adhering to some or the other restrictive diets; be it intermittent fasting, keto, Mediterranean, paleo, low-carb or vegan/vegetarian. And, as far as red meat is concerned, it is nearly as popular and trending as sugar and there are a lot of benefits of red meat which we need to know.

Lately, many people have given up consuming red meat altogether because of its alleged association with heart diseases and even certain types of cancer. So, is it really worth removing red meat completely from your plates?

Here, we try to uncover the reality and let you know if you should cut out this entirely from your diet. A recently published randomized, controlled trial shows why it is important to consume red meat and who, must consider this seriously. Read on to know more about this interesting yet debatable topic.

What Did the Randomize, Controlled Trial Reveal?

Earlier studies aimed at finding health benefits of a Mediterranean style diet, which is primarily plant-based and focuses on using olive oil as the main fat source, had been generally conducted with Greeks, who scarcely consume red meat.

Later, all the positive Mediterranean diet studies were from Spain, where the red meat consumption is relatively higher. This intrigued the researchers at the University of Texas and Purdue University. They further decided to focus mainly on heart-related risks and health outcomes of the subjects, who consume different amounts of unprocessed, lean red meat while otherwise adhering to a healthy Mediterranean diet.

The paper was later registered at the ClinicalTrials.gov and was recently published in the American Journal of Clinical Nutrition.[1] 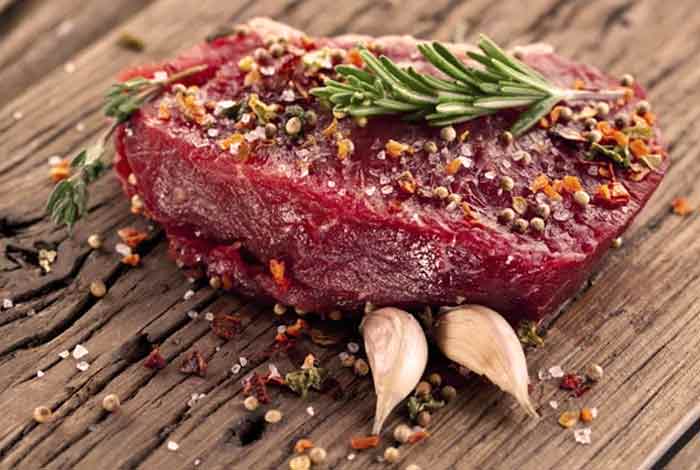 The researchers from the Purdue-Texas gathered 41 obese or overweight adults, who were not on a Mediterranean diet. These participants were then put on a diet that focused on consuming either 500 grams of lean red meat every week or just 200 grams. These subjects followed each diet for 5 weeks, and later switched to a 4-week “washout period” when they had a self-selected diet and thereafter, they switched to the other red meat, Mediterranean-style diet.

Both of these diets averaged about 2,600 calories every day with 42% from carbohydrates, 18% from protein and 42% from the fats. The researchers had no information about who was on which type of diet, and they were actually blind to the diets.
These two dietary approaches, however, did not differ significantly in their effects on the high-density lipoproteins (HDL), insulin, triglycerides or glucose. Surprisingly, as against the expectations, the results revealed greater weight loss in people, who consumed higher amounts of red meat along with a significant reduction in the unhealthy low-density lipoproteins (LDL).

The researchers then concluded that people, who are either overweight or are moderately obese, might improve their cardiometabolic disease risk factors by following a Mediterranean-style diet that focuses on the intake of red meat, which is both lean and unprocessed.

It is a widely known fact that processed meats, fat-marbled meats or meats that are chargrilled to a crisp on barbecue are harmful for your health. However, moderate amounts of unprocessed and lean red meat might not cause any major health complications; at least, when they are consumed within a Mediterranean-style eating framework that also includes loads of fruits, vegetables, fishes, whole grains and olive oil.

The researchers at Purdue-Texas concluded that their research undeniably supports the existing evidence that unprocessed, lean red meat would not actually increase your risk of developing various cardiovascular diseases. Their study was also partially funded by various beef and pork industries, which had zero influence on the study’s design, reporting or analysis.

Most of the nutritionists feel that balanced diets can provide best as well as long-term benefits.

Here is Why You Should Consume Lean, Unprocessed Red Meat

The health implications of red meat consumption are literally quite nuanced. Various studies conducted over the years have shown that overconsumption of red meat is not exactly the best idea.

Red meat is generally a rich source of fat and cholesterol, and may possibly lead to certain health conditions including heart diseases and diabetes. Moreover, some studies revealed that red meat consumption may increase an individual’s risk of developing colorectal cancer along with a number of other lifestyle and genetic factors.[2] 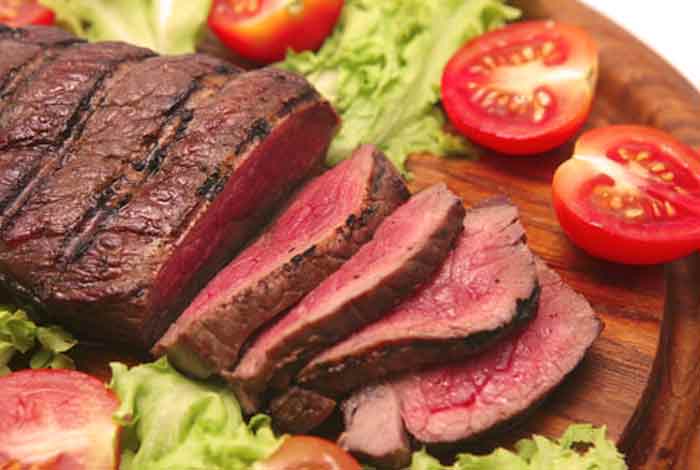 Well, the reality is that humans have been eating red meat for centuries. We can proudly boast that our ancestors were really smart eaters. Indeed, red meat has a myriad of nutrients.[3] A medium serving of red meat has an adequate amount of protein as well as other vital nutrients like iron, vitamin B12 and zinc, among others.

Additionally, the iron present in the red meat or what is commonly known as heme iron is easily absorbed in our body than the one found in plants, which is called non-heme iron. This is due to the fact that non-heme or the plant-based iron needs acid for its absorption in the body. So, unless you are not consuming citrus fruits along with non-heme iron, you are actually not getting much of this iron. Heme iron is naturally there in the red meat in an easy-to-absorb form. If you are suffering from iron deficiency anemia, red meat may be recommended to you for improving your body’s iron levels.

This is especially a very important piece of information for people, who are more vulnerable to iron deficiency. This is also true for certain groups of people, who may be positively iron deficient, including women with heavier menstrual cycles, pregnant women, new lactating mothers, the those suffering from gastrointestinal disorders like ulcerative colitis and Crohn’s disease

Best nutritionists believe that as long as you know what nutrients you are really giving up and intelligently compensating your diet, you will remain healthy. Anytime you eliminate something from your plate, you should replace them with equally important. And, this is exactly what most people forget to follow!

Hope, after reading this, you would surely re-consider your decision of giving up red meat altogether! Won’t you?

Grass Fed, Organic or Hormone-Free Meat – Which Is Healthier?

Red meat is a great source of protein and has all the essential nutrients like iron, vitamin B12, omega-3 fatty acids and zinc, all associated with the brain and...