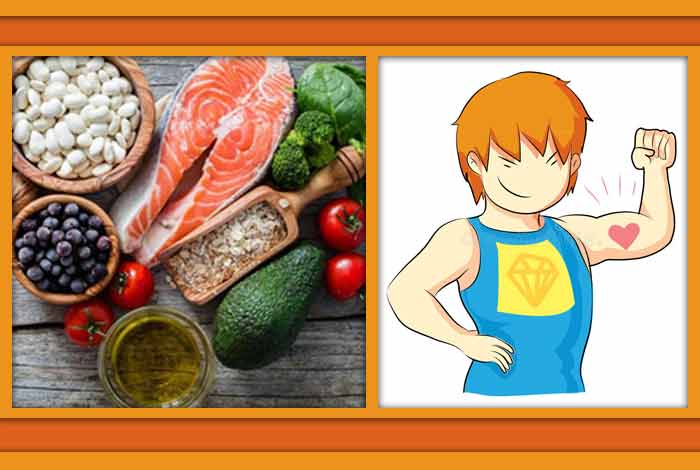 Inflammation is a mechanism by which, the human body fights against illnesses and protect the diseased areas from further harm. Inflammation is extremely necessary for the healing process. However, there are a few medical conditions in which, inflammation becomes a problem and leads to chronic inflammatory disease. One of the best ways with which, you can reduce or prevent inflammation is by taking an anti-inflammatory diet. It involves consuming a diet that has certain food items in abundance and avoiding some foods in order to decrease the symptoms of inflammatory diseases.

What Is an Anti-Inflammatory Diet?

An anti-inflammatory diet is a type of diet that helps reduce inflammatory response in the body. It involves avoiding sugary and refined foods while consuming nutrient-rich whole foods. Food items that are consumed while following this diet have a lot of antioxidants that help scavenge free radicals in the body. Free radicals are reactive molecules that cause a lot of harm to the body and also make a person more vulnerable to diseases.

There are a number of diets that also work on the same principle like the Mediterranean diet, which encourages consumption of whole grains, fish and heart healthy fats. Research[1] has demonstrated that by following this diet, people can reduce the levels of inflammation in the body, especially in the cardiovascular system.

Conditions In Which an Anti-Inflammatory Diet Can Help?

Foods to Eat While on an Anti-Inflammatory Diet

Some of the foods to be consumed when following an anti-inflammatory diet are as follows:

Following are the foods that need to be avoided when on anti-inflammatory diet:

Some people say that foods belonging to the nightshade family, such as eggplant, tomatoes, potatoes and peppers can play an active role in triggering anti-inflammatory response. Although, there is very little evidence to support this hypothesis. However, people can try on their own and try to cut out these foods from their diet for 2-3 weeks, and observe whether their symptoms improve or not.

There is some evidence suggesting the role of a high-carbohydrate diet in promoting inflammation even when the carbohydrates are healthy. Therefore, people on anti-inflammatory diet are recommended not to consume a lot of carbohydrates.

Can a Vegetarian Diet Decrease Inflammation?

People, who are considering to follow an anti-inflammatory diet, should try to stay away from meat while giving more importance to plat-based source of protein and fatty fish.
Research suggests that people, who follow a vegetarian diet, have higher levels of plasma AA, which is a marker of overall health, and denotes that there is lower levels of inflammation in the body and cardiac disease.

A 2017 study showed that the chances of systemic inflammation increased on consuming animal meat while decrese in inflammation was the main benefit of a vegan diet as found in another study.[1][1]

Following an anti-inflammatory diet might seem as a huge adjustment for people, who like binging on a lot of meat and several other types of foods. Therefore, it is important to make the transition easier for these people. Here we give a few tips that will make it easier for you to make this switch:

You might believe that inflammation is a bad thing, but it is extremely essential to protect the body from further illness or injury by escalating the immune response in the area that is threatened by injury or bacteria.

However, there are many chronic inflammatory diseases, like arthritis, asthma and psoriasis that can make the immune system to go beyond its limits as it starts attacking healthy cells as well. Along with prescribed medicines for inflammatory disease, people should try to make changes in their diet.