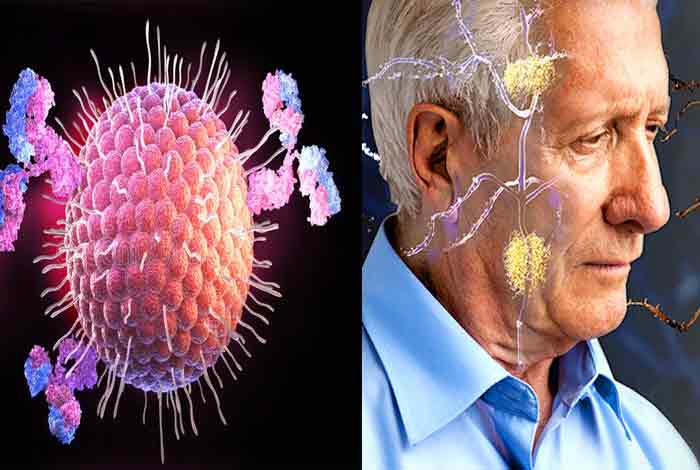 Alzheimer’s disease is a mystery for the doctors as well as the researchers but a new evidence suggests that we might have a lead in discovering the reason people get this disease. A common virus is thought to play a role in developing the disease.

A study published in the Journal Neuron [1], researchers have claimed that they have found compelling evidence that point towards the involvement of two strains of human herpes virus- 6A and 7 [2] to be responsible for causing the deadly disease that robs people of their memories.

It is estimated by the Alzheimer’s Association [3] that on an average, a person in the U.S. develops Alzheimer’s disease every 65seconds. It is postulated that by the time we will reach mid century, we will be reporting a case of Alzheimer’s every 33 seconds. Estimating the cost that we are going to incur in taking care of these patients and the loss of productivity resulting from it, scientists are working diligently to understand the disease better and find a cure about it. Alzheimer’s ranks in the top 10 diseases in the U.S.[4] that have no significant treatment.

In the study, researchers examined the data of 622 brains that had Alzheimer’s and 322 brains that did not. It was found that those brains which were affected by the disease had twice the levels of herpes virus in those who did not have the disease.

Joel Dudley, a geneticist and co-author of the study states that they are not sure that herpes virus is definitely involved in the development of Alzheimer’s disease. However, they are sure that the virus plays some role in turning and twisting the wiring of brains that ultimately causes the brain to develop this disease. This study is thought to help the scientists in determining virus biomarkers in the brain that will one day help in diagnosing this diseases and make an assessment about the risk of contracting this disease in different people. Scientists also believe that this might be the beginning of something new and significant in the field of Alzheimer’s and will some day help another set of scientists in coming out with a solid treatment for this disease. This study has presented the most compelling evidence about involvement of virus in the development ans progression of this disease.

However, researchers say that people should not get alarmed by this discovery because this set of herpes virus is extremely common and nearly 90% of the people get exposed to it at least once in their lifetime by the time they are 60 but not all of them are known to develop dementia.

A large number of failed trials still lie in the road of finding the perfect cure for this deadly disease. This study is only a small ray of hope in the utter darkness that is engulfing this disease. The Director of the Scientific Programs and Outreach, Alzheimer’s Association says that a lot of research still needs to be done to confidently say that a connection does occur between herpes virus and Alzheimer’s. However, if other viruses are shown to play a ro0le in the development of this disease then scientists will be required to determine new anti-viral or immune therapies to prevent this disease from happening in the first place.

Alzheimer’s being the cleverest thief of all times as not only does it robs everything that you have collected over the years but also steals away the very thing that you require to remember that you have been robbed. Our scientists need to be more cleverer of this disease f they want to catch and defeat this disease.