Home Health News Latest Health News Switching to vegan diet may be disastrous for the U.S. 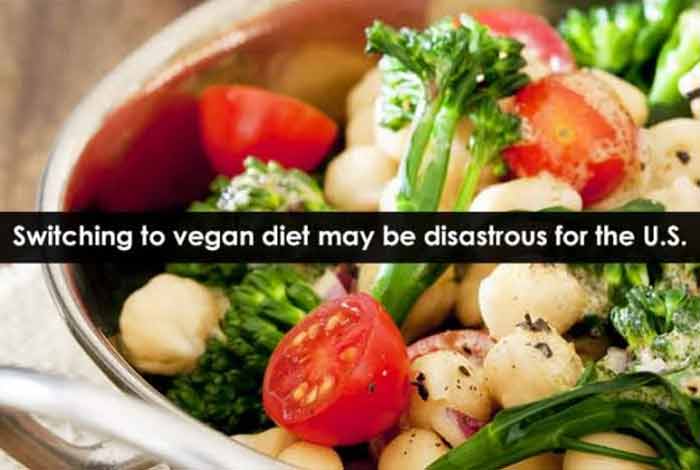 A lot has been talked about the benefits of living on a vegan diet. However, a recent study claims that going full vegan will not do much good, and it might end up being disastrous.

Presently a huge amount of food is fed to livestock. If we intend to go meat-free, then we would not have to feed the animals, and this would increase the amount of available food by 23%, without exports.

This increase would be in the form of some kind of grains, of which 77% would be corn and legumes, out of which 92% would be soybean and soy flour.

This would result in an abundance of nutrients – like carbs, magnesium, copper – in relation to what is actually required.

The land used for growing these foods could be transferred to grow other fruits and vegetables. But, considering that it is not viable to produce more of a high-value crop, it is not a feasible option.

On the other hand, it would also mean a deficit of nutrients, people get from animals, like Vitamin A, Vitamin D, calcium, and B12.

According to a report, going fully vegan is possible at an individual level, but scaling it up on the national level is next to impossible. Some people, who would not have access to plant-based foods would remain malnourished.

A San Francisco-based company, Hampton Creek, says that it will grow meat in labs for sale sometime in the next year. It will also help in reducing greenhouse gas emissions by 28%. This may seem grand, but it accounts for only 2.6% of the total gas emissions. 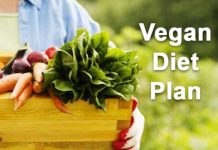 Are you interested in total animal-free diet? Vegan diet is one of the best options if you think so. Diet is the type of food you eat and hence,...