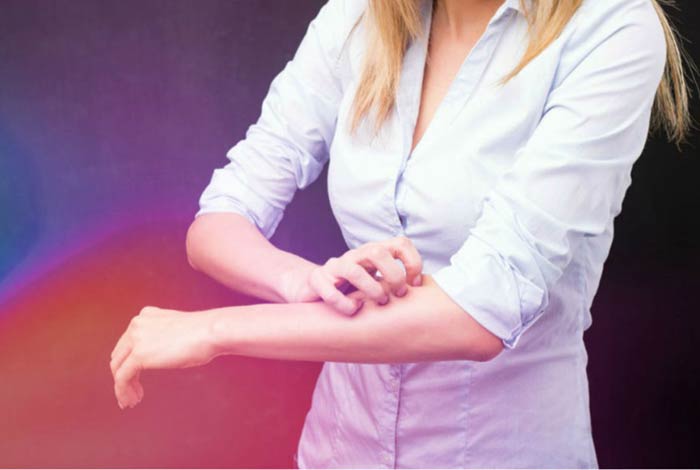 Don’t do the mistake of thinking that only kids suffer from eczema! It can be found as frequently in adults as in children. Adults get this disease as children and carry it throughout later phases of their life. A large number of people with eczema get diagnosed only in adulthood. The discussion about the same took place during the annual scientific meeting, held at the American College of Allergy, Asthma and Immunology (ACCAI).

A presenter in the meeting and board member of ACCAI, Luz Fonacier said that atopic dermatitis is a disease that is underdiagnosed in the United States. People suffering with eczema don’t look out for medicine. Instead, they try out home remedies and prefer to treat themselves at home. This is because they are not aware that they have eczema and there are available treatments that can really change their life.

People having eczema face discomfort and skin itchiness. These are not the only symptoms. People also have sleep problems and can get distressed emotionally. There are treatments that can cure those red itchy patches and ease your discomfort. With proper treatment, a patient can expect better sleep and can also, get relief from emotional discomfort.

Precision medicine or targeted therapies have been developed in the last few years, as quoted by Mark Boguniewicz, MD, ACCAI. Two new medicines have been introduced for the treatment of atopic dermatitis (AD). One of the medicines is Crisaborole, which is an ointment that is applied on skin and reduces redness, itching and skin swelling. In the last 15 years, this medicine is the first medicine that has been approved for the treatment of moderate eczema. It can be used in patients of age 2 and above. The other medicine is Dupilumab. It is given in the form of injection to patients 18 years and older. It is used in patients, who have not shown any result with topical medications.

Thus, there are medications in the market that can effectively treat eczema. The medicines are capable of detecting the underlying cause of the disease and relieve you from symptoms of the same. The existing treatments are limited in their capacities to treat eczema, but new treatments are based on better understanding of AD. So, now you no longer need to self-treat your eczema. Instead, go for the new medicines that have been discovered recently, and are much more effective.