According to a recent research, Dolly the sheep didn’t show any early symptoms of osteoarthritis.

It was a matter of concern for a longer time whether the Dolly sheep was having any initial symptom of osteoarthritis. The concern was majorly addressed by the researchers of the University of Glasgow and University of Nottingham in U.K.

According to a report, in 2003, Dolly suffered from initial symptoms of arthritis at the age of 5.5 years, which generated a curiosity among researchers to know about the risk of osteoarthritis among cloned animals. Even after this report, no formal and thorough analysis was done for investigating the signs of osteoarthritis in Dolly.

Only a radiographic assessment on the skeleton of Dolly was done by the researchers. The skeleton of Dolly is preserved in the National Museums Scotland in Edinburgh and no sign of arthritis was found in the skeleton.
Sandra Corr, professor of small animal Orthopedic surgery, Glasgow University reported, “that the original concerns that cloning had caused early onset osteoarthritis in Dolly were unfounded.”

The study was published in the journal, Scientific Reports. 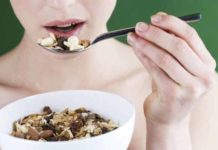 Consuming a healthy diet helps in overall wellbeing of a person. Several researchers at Friedrich-Alexander-Universität Erlangen-Nürnberg (FAU) have discovered that consuming a fibre-rich diet promotes bone strengthening and reduces... 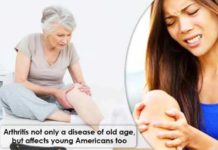 Arthritis not only a disease of old age, but affects young Americans too

A new study reported that a huge number of younger Americans are experiencing pains of arthritis more than what had been predicted earlier. According to the study data, roughly...