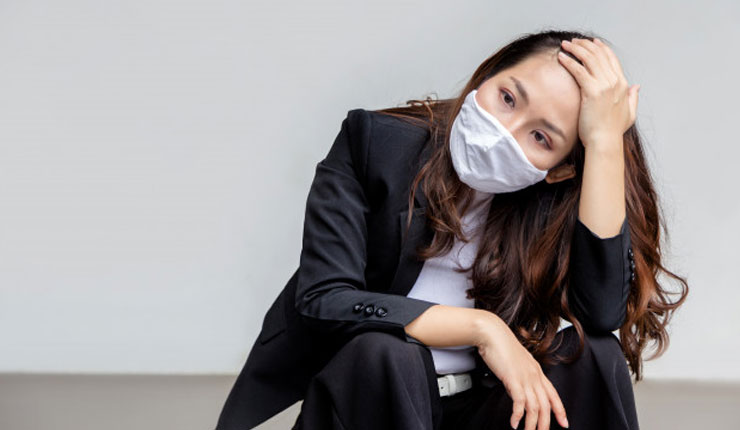 A study from a hospital in Milan, Italy has uncovered another complication to the process of recovering from the new coronavirus. More than half of patients surveyed one month after their treatment had developed a psychiatric disorder.

One patient described how, three weeks after his treatment, he suffered from terrifying panic attacks in the middle of the night that made him feel as if he was about to die.

“But sometimes at night, my breath could go away all of a sudden, making me feel as if I was to die. I knew what it was, because I had suffered from panic attacks in the past. I stayed there out on the balcony, for hours, trying to put fresh air into my lungs. It was terrible. Panic made me suffer more than COVID,” said one respondent

The study set out to determine the impact of COVID-19 on the brain and 402 patients from San Raffaele hospital in Milan participated. The findings revealed a large proportion among of survivors – 265 men and 137 women – suffered from post-traumatic stress (PTSD), anxiety, insomnia or depression one month after being discharged. Women were more likely than men to suffer from anxiety and depression and patients with a history of psychiatric diagnoses had a higher rate of mental disorders.

The psychiatric consequences of Covid-19 can be caused both by the immune response to the virus itself and by psychological stress factors such as stigma, social isolation and worries about infecting others, it said.

Based on clinical interviews and self-assessment questionnaires, physicians found PTSD in 28% of cases, depression in 31%, anxiety in 42% of patients and insomnia in 40%, and finally obsessive-compulsive symptoms in 20%.

Physical inflammation in the brain and psychological stress of the global coronavirus pandemic exacerbated the conditions, the study surmised.