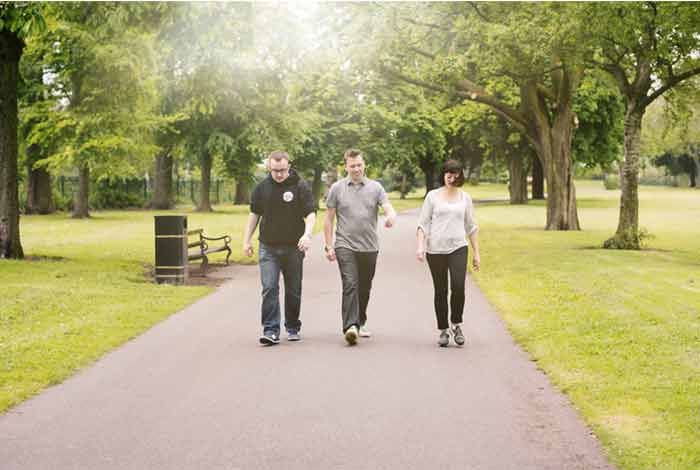 A mere evening walk can be more beneficial than your expectation. While previous researches indicated that walking can decrease the risk of diabetes, breast cancer, clone cancer and heart diseases, a new study suggests that a little of regular walking can extend your life span as well. In fact, it is recommended by experts that there must be a physical activity of 75 minutes to 150 minutes per week.

Alpa Patel, the lead researcher of the study and a cancer epidemiologist from the American Cancer Society said, ”Walking has been described as the ‘perfect exercise’ because it is simple, free, convenient, doesn’t require any special equipment or training, and can be done at any age.”

In the society news release, she also said, “With the near doubling of adults aged 65 and older expected by 2030, clinicians should encourage patients to walk even if less than the recommended amount, especially as they age, for health and longevity.”

As per the study, researchers analyzed data from around 1,40,000 American adults. Around 95% of them said that they did a bit of walking and roughly half of them accepted walking as their only form of active physical exercise.

The researchers then compared the data with other factors that could affect the risk of death, such as obesity, smoking and chronic health problems.

After all the adjustments, the researchers concluded that people, who did walking for less than two hours a week had a lower risk of death from any of the above-mentioned causes than those, who did not do any sort of physical activity. Those, who did a normal weekly walk of 2.5 to 5 hours, are at 20% lower risk of death.. The study also indicated that regular waking lowers the risk of respiratory diseases by 35% in people, who walk more than 6 hours a week than those, who are least active. People, who only walked also had a 9% lower risk of cancer-related death, as suggested by the authors of the study.

However, the study only predicted the relations and did not establish a direct cause-and-effect relationship.