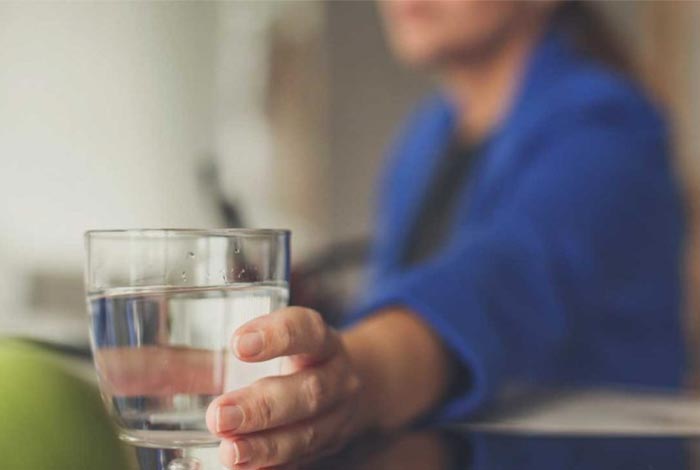 Researchers believe that women can lessen their risk of getting urinary tract infections (UTI) by consuming 1.5 liters of water daily. Does the water really help in lowering the UTI risk? If so, how much water a woman should consume daily to minimize the risk of UTI?

A study covered in IDWeek 2017, provides answers to the above two questions. According to the research, females, who consistently contract UTI, can reduce the risk by daily consuming six glasses of water with each glass consisting of 8-ounce of water. Hence, the daily minimum requirement of water is nearly 1.5 liters for lowering the risk.

It is a general recommendation to females, who experience UTI frequently to increase their daily water consumption. But, this has not been researched in detail until now, said the author of the study.

Physicians usually suggest females with UTIs to increase the amount of daily fluid intake. Also, doctors prescribe them with probiotics or D-mannose supplements, and advise them to drink cranberry juice and urinate just after intercourse. However, the effectiveness of these recommendations had never been thoroughly researched or the results of such studies had conflicting results.

“This current study provides supportive data that increased fluid intake is effective, at least in the demographic we studied — premenopausal women with high recurrence rate and low-volume drinkers,” stated Dr. Thomas Hooton, chief author of the study and clinical director of the Division of Infectious Diseases at the University of Miami School of Medicine, as reported by Healthline.

Hooton further added that that it is still not clear how effective more fluid intake would be in aged females, females who don’t have UTIs on a regular basis, or those who consume more water than the ones participated in the study. “It’s good to know the recommendation is valid, and that drinking water is an easy and safe way to prevent an uncomfortable and annoying infection,” said Hooton.

The study showed that around 25% of females would face UTI problem more than one time in their lives. Due to the small-sized urethra in females, they are more susceptible to infections than males. This is because, smaller urethra in females causes bacteria to easily reach the bladder.

The study examined 140 women aged less than 45, and had at least 3 times UTIs every year. They usually consumed not more than 6 glasses of 8-ounce water daily.

During the stay, nearly 50% of them consumed an additional quantity of 8 ounces of water a day; thus, increasing their total daily consumption to 11 glasses daily. The rest 50% did not alter their daily fluid consumption and took nearly five glasses per day.

After a year, the females, who increased their water consumption, got around 1.5 UTIs in comparison to with the previous three. Also, the females, who consumed more fluids had fewer dosage of antibiotics that eventually, reduced the risk of developing antibiotic resistance.

“There is no serious downside to increasing fluid intake in a healthy woman, and if she is having UTI recurrences, she should be made aware of such study and possible benefits of increased fluid intake in terms of reduction of UTI risk and antimicrobial use — she can decide,” Hooton said.

Considering the results of this study, more researches should be done to strongly prove the efficacy of water intake in reducing UTI risks.