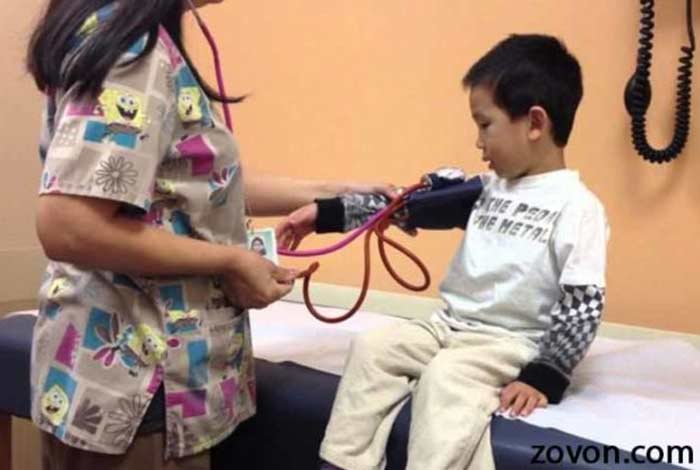 Generally, people deal with the problem of blood pressure after 40, irrespective of the gender. A new study reveals that kids could have high blood pressure. One in every thirty children in the US is suffering from high blood pressure, according to the study. The American Academy of Pediatrics (AAP) has published a guideline to help doctors to screen 3 years and above children for this issue. The guideline suggests checking blood pressure of the children during every periodic check-up.

Dr. Thomas Dispenza, a cardiologist with Penn State Children’s Heart Group, showed his concern in this regard. He said, “Detection rates are shockingly low. Three-quarters of cases are overlooked, and that’s a real problem”. He further added, “It can set kids up for strokes later in life by damaging the blood vessels”. His worries seem rational as increasing rate of obesity is known to be a major cause of high blood pressure problem in kids.

There AAP guideline offers several measures that should be followed while measuring the blood pressure of children. A practitioner should wait for 3-5 minutes before recording the blood pressure, so that the patient gets ample of time to relax and calm down after arriving in the examination room. Children must place both their feet flat on the floor with the back supported, and should avoid talking.

The guideline suggests doctors to make the diagnosis carefully, so as to ensure smooth and flawless examination. Moreover, proper diagnosis assists physicians to get clues about other possible disorders in children. For instance, high blood pressure among children below 5 years could be a sign of kidney diseases or endocrine conditions, whereas in children of 6 and older, it might indicate hardening of arteries.

For children, it is not that easy to deal with such complications, as they are not mature enough to understand the severity of the issue. High blood pressure problem in kids might result in long-term diseases when they become adults. According to the AAP guidelines, children diagnosed with high blood pressure problems must maintain a diet that contains low-sodium and primarily, composed of foods from plant sources.