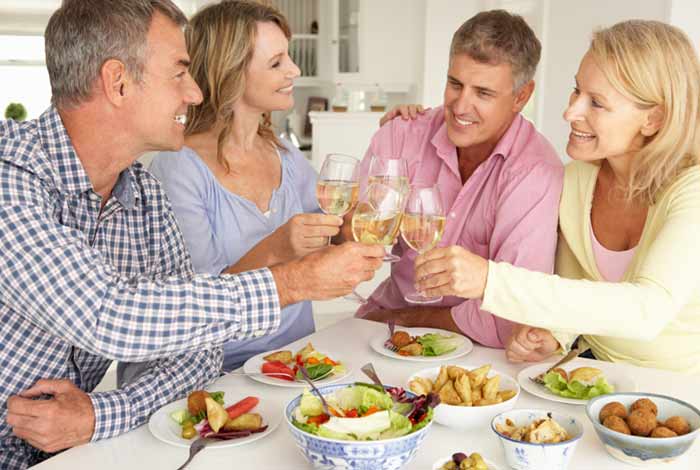 A research suggests that to stay healthy in the old age, one should start a healthy diet right from today.

Basically, an observational study, the research included about 1000 men and women, who were born in March 1964. It was observed that people, who were on simple fruit and vegetable diet performed well in the physical functioning test in their early 60s, while those, who took less healthy diet were found to have lower performance. During the study, the participants underwent three physical tests, viz., chair rise speed, standing balance time and timed up-and-go speeds.

Those, who improved their diet reported good response for the two tests, viz., chair rise speed and standing balance time.

The study author and a professor of Nutritional Epidemiology at the University of Southampton, Sian Robinson said that improving the diet is beneficial to all and not specifically related to age.

She also added that by taking healthy diet during adulthood proved to have significant impact over health of the individual as it helps in gaining strength and results in better physical activities. For a healthy diet, one must avoid highly processed food and should include more fruits and vegetables.

Cyrus Cooper, director of the university’s Medical Research Council Lifecourse Epidemiology Unit, said that the study did not prove to be a cause and effect study. He further commented, “The link between dietary patterns and frailty in older people will open the door to effective interventions against the age-related decline in musculoskeletal function, which is such a growing cause of disability in aging populations worldwide.”