Italy is known for its joyous culture of art, food and music but a recent wave of infected discomfort shook the entire nation, as a major coronavirus outbreak strikes the northern regions of the country. The highly contagious COVID-19 virus, popularly knowns as the “Coronavirus” is a cluster of different viruses that can jump species and are lethally dangerous. The reverberations of the epidemic had caused tremors of shock and scare throughout the entire world. Acting against the popular myth of Asia being the epicenter for the dangerous epidemic, the recent outbreak discoveries have come as a shock for the global think-tank community.

More on myths and misinformation related to Coronavirus

The virus is spreading at an exponential rate. Ten smaller towns near Milan are experiencing complete shutdowns for time indefinite, and the spike in discovered cases pose massive troubles for the future of Italy’s fragile economy.

Milan alone accounts for about 10% of the total Italian economy and due to the infectious outbreak, the city has come to a period of complete standstill.

The stock market in Milan has taken a critical dive of more than five percent over the frights of future consequences of the virus.

The sickly present postures a feeling of impending doom for the nervous future of Europe’s fourth-largest economy, owing to the latest developments government has now further constricted the restriction on economic and workforce activities.

Even weeks before the widespread contagion, the virus had already crippled the economy of the country but post the recent eruption of cases – a more serious European economic downtrend is on the cards.

Whereas, to calm the situation the government has also decided to relieve the citizens of the locked-down towns from any tax payment responsibilities.

Search for the “host”

Experts are yet to identify the host for this rapid spread of virus In Italy, but they have focused on tracking down the imprints of an anonymous man, known as “patient one”, who is kept in a healthcare facility of the locked downtown of Codogno.

The rampant expansion of the virus in Italy has elevated a sense of spook in the global community and has struck down all foregoing assumptions that marked the regions of only China, Japan, and South Korea as the primary focus of viral attention.

Moreover, not only China or Italy are struggling with the aftermath of the virus, but even countries like Iraq, Afghanistan, Bahrain, Kuwait, Oman, Lebanon, the UAE, and Canada have also discovered cases of the diseases. The fact that Iran was recognized as the host for the epidemic spread that emerged in these countries ignited a sense that the virus is spreading extensively across borders, which is an alarming idea that has raised the prospect of a global health emergency. 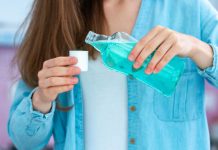 Can using a mouthwash reduce the risk of COVID transmission? The study being undertaken by scientists around the world have found that Sars-Cov-2 viruses may be inactivated using certain... 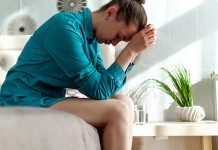 Pandemic and the mental stress Much more than the COVID-19 virus itself, the terror and horror around the pandemic has been giving sleepless nights to people worldwide. The entire world... 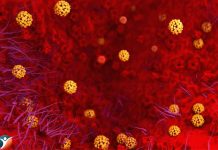