According to a study published in the journal, Radiology, brain MRIs can help to identify people with attention deficit hyperactivity disorder (ADHD). ADHD is marked by inattentive, impulsive and hyperactive behavior. This disorder is found to affect 5 to 7% of children and adolescents all over the world.

The diagnosis and categorization of ADHD is based on specific symptoms. However, psycho-radiology applying imaging data analysis to mental health conditions has recently emerged as a promising method to help diagnose ADHD symptoms.

Dr. Gong says that the aim of the study was to identify classification models that will help the psychologist in diagnosing and subtyping ADHD.

Dr. Gong and his team studied 83 children, aged 7 to 14, who were diagnosed with ADHD and did not receive treatment. Researchers compared those individuals with healthy controls after matching for age. The researchers used a new feature that allowed them to screen radiomics signatures from more than 3,000 quantitative features taken from white and gray matter.

Researchers found differences in specific brain regions. In individuals with ADHD, there were changes in the shape of three brain regions, including left temporal lobe, left central sulcus and bilateral cuneus.

Dr. Gong said that imaging-based classification model could be used for better clinical decision making. The study added to the field of psycho-radiology, which plays a role in diagnosing and making treatment plan-related decisions in individuals with psychiatric disorders.

However, more research is needed to be carried out to validate the study results. They researchers are looking forward to apply the analytic approach to other mental and neurological disorders to test its applicability within a clinical setup.

Overview and Facts: Expanded as Attention Deficit Hyperactivity Disorder, ADHD was previously known as ADD, i.e., attention deficit disorder. Basically, ADD is a type of ADHD that lacks the “H”... 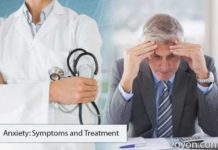 A little bit of stress can boost your productivity, but too much of it can take a toll on your life. Stress is a precursor of anxiety disorders. Feeling... 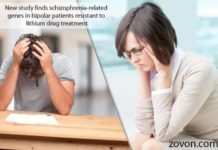 According to researchers, people having bipolar disorder and resistant to treatment with lithium drug have genes associated with schizophrenia. Lithium has been largely used to treat bipolar disorder. It...

According to a recent study, kids having a father with depression are at a higher risk of developing mental health problems. The study was published in the journal, The...