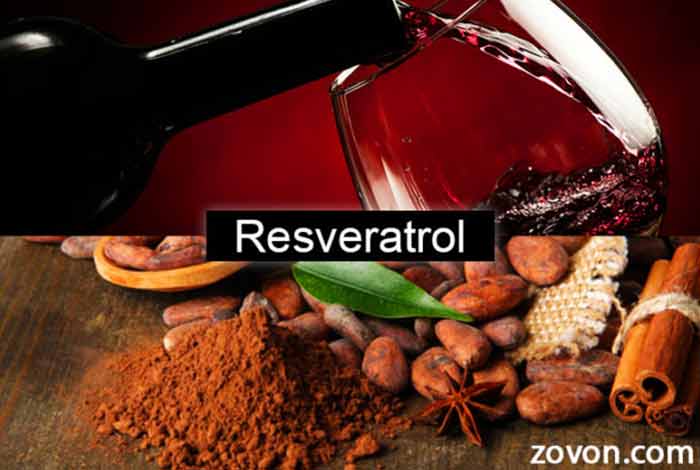 Resveratrol is a form of polyphenol that acts as an antioxidant and helps in the prevention and recovery of various internal cellular damages in the body. Resveratrol is produced in the skin of grapes as a defense against toxins. It is considered to be the compound that helps in providing the longevity to the animals but does not have the same role in human beings. Though, it protects the humans from developing heart disease and insulin resistance. Its major sources are plants including different kind of berries, seeds, and nuts.

Resveratrol is present in two forms in nature i.e. cis and trans. The trans form is found to be available in active form. The cis-resveratrol is not available as an active compound but has a role in gene transcription as an antioxidant. 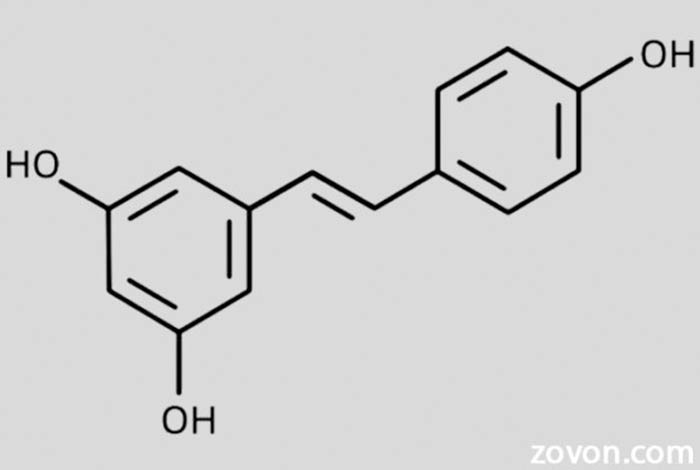 Resveratrol is a derivative of stilbene and produced by the plants in the presence of stilbene synthase enzyme. The amount of resveratrol produced within the plants varies from plant to plant. Resveratrol is found effective in treating various health problems like heart disease, cancer, and imbalanced metabolism. It is a very effective anti-aging compound. It also acts against some bacterial and viral infections. 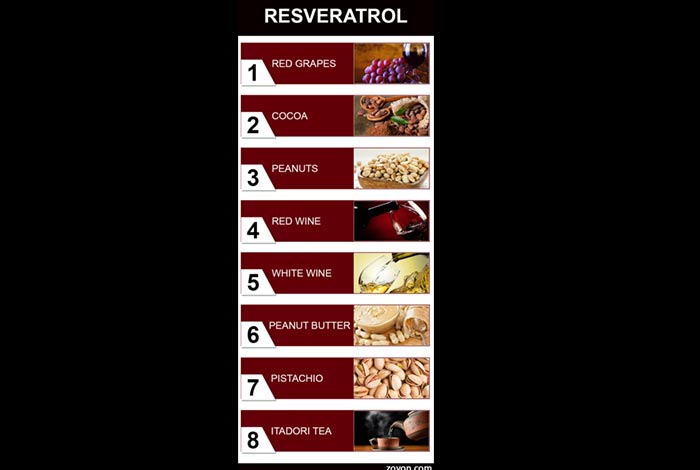 Resveratrol was discovered in the red wine and thus its major source is a natural product. The red grapes are considered to be the most efficient source of the resveratrol. Though there are few other sources of resveratrol that are present in nature like mulberries, peanut, cocoa, etc. The resveratrol is available in a varied amount in both natural as well as synthetic sources:

There are few other synthetic sources for resveratrol that are available in the market as medicines and alcoholic compounds which are extracted from plants like Japanese knotweed, Cissus quadrangularis, Morus alba, etc. These are used by the traditional medicine practitioners for cardiac and bone diseases.

The resveratrol is an antioxidant compound that is found in a limited number of resources but recognized as one of the essential antioxidants. It has the property of increasing the lifespan of the living beings (no positive results in case of humans). Apart from this specific property, the resveratrol is found to have various health benefits and widely used by the medical professionals for treating various diseases. The following are some of the diseases that can be cured or prevented with the sufficient intake of resveratrol in diet:

Resveratrol is effective in reducing the blood pressure and thus reduces the risk of heart diseases. It also prevents the endothelial layer of arteries and regulates the blood flow.

According to the researches the resveratrol is found to have an effective role in the suppression of cancer as it minimizes the replication and enhances the death of these cancerous cells.

The insulin sensitivity is found to be affected by the resveratrol and thus have a role in glucose metabolism.

The resveratrol enhances the apoptosis of fat cells present in the body. Thus, it can be used in the weight loss program. It inhibits the fatty acid synthase and lipoprotein lipase and enhances the process of fat metabolism.

Side effects of resveratrol

Since the resveratrol is a natural compound thus it does not cause any side effect, but if the concentration of the supplement is higher than the tolerable amount for the body then it might cause some kind of health issues. The tolerable amount of resveratrol is 500 mg for healthy men and women. The recommended amount of resveratrol that a human body can bear is 5 g but that in some cases that can cause health problems like nausea, intestinal imbalance,

Precautions in dosage and consumption of resveratrol

Resveratrol sometimes inhibits the essential enzymes form the body and thus disturbs the body regulation like when it is combined with some of the medicines it can inhibit the blood clotting mechanism, disturb the blood pressure, etc. The pregnant ladies and lactating mothers should avoid the consumption of resveratrol. The dosage amount of resveratrol must be consulted with the health professional. It should be kept out of the reach of children.

FAQs: What people normally want to know about Resveratrol?

Resveratrol is an antioxidant that helps in the recovery of the damaged cells in the body and it is known to increase the life in case of animals.

2. Is it a natural compound?

Yes, it is a natural compound present in the skin of red grapes. There are other natural sources also available like peanuts, cocoa, green grapes, mulberries, etc. Using these natural compounds synthetic supplements are produced.

3. Does it help in weight loss?

Yes, it helps in weight loss as it kills the fat cells present in the body.

4. Is it easily available in the market?

5. Are there any severe side effects of it?

No, there are no severe side effects of resveratrol but if it is taken in a higher amount than the recommended then it might cause problems like nausea and upset stomach.

6. What is more effective a natural source or synthetic supplement?