Bipolar disorder is a lifelong condition that runs an unpredictable course of ups and downs. When left untreated, these ups and downs can be devastating. The recurring manic and depressive episodes that characterize the disease make it difficult to lead a stable, productive life. In the manic phase, you may be hyperactive and irresponsible. In the depressive phase, it may be difficult to do anything at all. Early diagnosis and treatment can help you avoid these problems. An experienced mental health professional can make an accurate diagnosis and start you on the path to recovery.

However a new study finds that combining medication with group or family-based therapy gives patients struggling with bipolar disorder their best shot at living stable lives. “People with bipolar disorder have significant mood swings, from periods of depression to mania,” explained study author David Miklowitz, a professor of psychiatry with the University of California, Los Angeles David Geffen School of Medicine’s Semel Institute for Neuroscience and Behavior.

“These episodes can last anywhere from a few days to weeks” before patients enter a so-called “recovery period,” Miklowitz explained. That is the point at which “people gradually stabilize in mood and try to return to their day-to-day responsibilities,” he said. During recovery, some patients simply continue to receive psychiatric monitoring while taking medication, which typically involves mood stabilizers and antipsychotic drugs.
However, recovery can also be the ideal time to begin therapy alongside medications, Miklowitz noted.

Comparing the effectiveness of medication alone against medication plus therapy, the study found that patients fared better at keeping mania and depression at bay through a combination of medication and therapy.

That was particularly true when therapy was conducted in a group setting or with family members.

The finding made sense to Dr. Timothy Sullivan, chair of psychiatry and behavioral sciences at Staten Island University Hospital in New York City. He noted that most other studies “show that combining some form of psycho-therapy treatment with medications results in improved outcomes.”

On the other hand, when bipolar patients experience mania that can take the form of intense periods of excitement, euphoria, severe irritability with little need for sleep, increased energy and activity, and/or rapid-fire thinking and speech. It may also involve “grandiose thinking,” such as believing one is famous or endowed with “special powers.”
The review focused on 36 investigations involving adults and three involving adolescents, with a combined total of nearly 3,900 bipolar patients. Collectively the average age was about 37, with women accounting for roughly 60% of the patients.

Prior to each study launch, participants had already been taking medications for their bipolar disorder. In turn, some were randomly assigned to just stick with their prior care (with psychiatric support and monitoring). Others, however, were randomly assigned to participate in individual therapy, therapy involving family members, or group therapy (without the involvement of close family members).

Broadly speaking, the various forms of therapy all aimed to help patients develop skills to manage their disorder, including how to maintain regular sleep patterns and how to stabilize depression or mania when symptoms arose.

All the studies tracked patient histories for a minimum of one year on, making note of all recurrences of mania and depression, alongside therapy drop-out rates.

It was found that the patients fared best when exposed to either family or group therapy alongside medication. And patients enrolled in family therapy settings were also found to be the most likely to stick with their treatment.

“I was surprised by the importance of including the support system — either in the form of family members or peers in a group who also suffer from bipolar disorder — to the success of treatment of people with bipolar disorder,” Miklowitz said.

Sullivan agreed that family involvement could be key to treatment success. “You can’t treat bipolar disorder by treating the person alone,” he said. “You have to address the patient’s whole support structure.”

“Bipolar disorder is not a private condition,” he explained. “It’s not a situation in which a patient goes to a therapist to talk about feelings of sadness, or relationships, or difficulties they’re having with coworkers, and then just tries to understand their own behavior.”
Instead, bipolar disorder affects both the patient and their environment, “meaning the people around the patient,” Sullivan said. So involving the family in treatment “can help both better understand how they affect each other.” And in turn, “that can significantly help the patient better cope with symptoms.”

That’s not to suggest that medication isn’t also crucial, Miklowitz stressed. Still, the findings indicate that therapy “with the help of family members or close friends/allies” is more effective at helping patients “learn to cope with mood swings and come to understand how to recognize ‘early warning signs’ of oncoming episodes,” he said.

Recovering from bipolar disorder doesn’t happen overnight. As with the mood swings of bipolar disorder, treatment has its own ups and downs. Finding the right treatments takes time and setbacks happen. But with careful management and a commitment to getting better, you can get your symptoms under control and live life to the fullest. 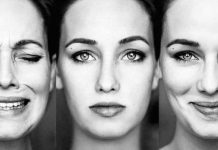 Bipolar Disorder or Bipolar Affective Disorder, formerly known as manic-depression, is a disorder affecting the mental health of an individual and is characterized by severe mood swings, affecting the... 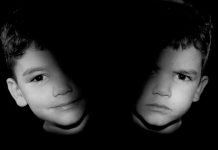 Bipolar disorder, formerly known as manic-depressive illness, is a serious mental health disorder. Generally, the typical onset of bipolar disorder is at 25 years of age. However, if it... 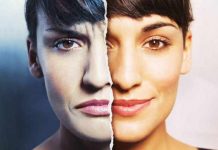 Mood swings correspond to the ups and downs of our lives. But, when these mood swings occur quite frequently, last for several weeks and disrupts the day to day... 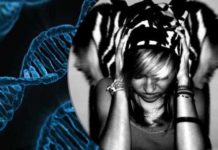 A recent study at University of California, Los Angeles (UCLA) revealed that autism, schizophrenia, and bipolar disorder share similar patterns of gene expressions in the brain. This means that...