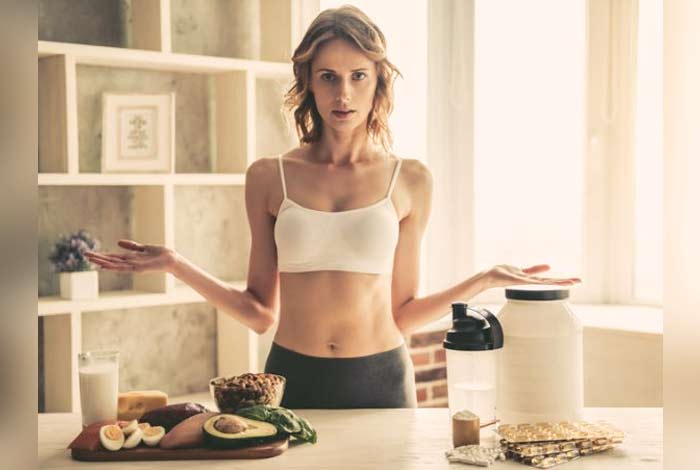 Our muscles, bones, skin and other body parts contain significant amounts of protein, including hormones, enzymes and antibodies. Proteins also play important role of neurotransmitters. Hemoglobin which is a carrier of oxygen in our blood, is also a protein.

Simply put, proteins are an integral and important part of our existence. Scientifically, they are long polymer chains of amino acids that form the very basis of life.

The human body has approximately 100 trillion cells. Now, each of these cells has around thousands of proteins, which work together to do a specific job. These can be looked as tiny machines within the body cells.

Proteins are made up of 20 amino acids which can be arranged in millions of ways to produce millions of different proteins. Each of these proteins has a specific role in our body.
These amino acids are alanine, asparagine, arginine, cysteine, aspartic acid, glutamine, glutamic acid, glycine, histidine, proline, isoleucine, methionine, leucine, lysine, phenylalanine, tyrosine, serine, threonine, valine and tryptophan.

Role of Proteins in Our Body

Proteins have a key role in nearly all of the biological processes but their functions vary.
The main functions of proteins are to strengthen, build or repair things, especially tissue. Collagen, keratin, insulin and elastin, all of which are proteins have an important role in our bodies. Enzymes are bio-catalysts as they speed up biochemical reactions.

When you consume foods containing amino acids, these amino acids would help the body to synthesize or create proteins. If we don’t consume adequate amount of amino acids, our body will not synthesize enough proteins to function properly. There are nine such essential amino acids that our body does not produce, so they must come through food.

Foods that contain essential amino acids in approximately equal proportions are known as complete proteins. These generally come from animal sources like eggs, milk and meat.

If a person has developed protein deficiency, they generally have lack of nutrients and energy, due low food consumption.

This deficiency is apparently rare in the United States, unless it due to a disorder, such as anorexia nervosa or cancer.

The body’s dietary protein requirement is linked with nitrogen levels in the body. Not having adequate amounts of right amino acids can lead to a nitrogen imbalance.

The current recommended amount of protein per day is 0.8 grams per kilogram of your weight. This recommendation is for an average adult, according to Harvard Health.[1]
However, recommending an exact amount is quite difficult as age, activity level, health status and gender also play a role. Unfortunately, it still remains unclear as to how the protein metabolism affects the protein requirement.

The U.S Department of Agriculture (USDA) has provided the list of foods that will provide around 7 grams of protein each serving:

Protein also provides calories like carbohydrates and fats. Each gram of protein and carbohydrate has 4 calories while each gram of fat has 9 calories. An average American adult consumes around 16 percent of his or her calories from protein.

The current Dietary Guidelines for Americans recommend that for people over 4 years, between 10 percent to 35 percent of their total calories should come from protein, depending on the age and gender.[2]

Few diets also recommend consuming more in order to lose weight.  However, most of the nutritionists stress that it is yet not proved that adding protein will help in weight loss. People should consider their overall food consumption and physical activity to lose weight. 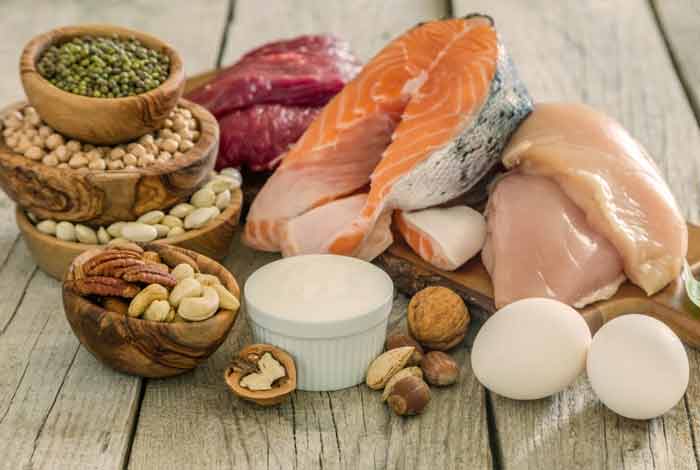 With whey powders becoming very important part of gym an workout sessions, you must know all the details about them. Read everything about protein powders here.