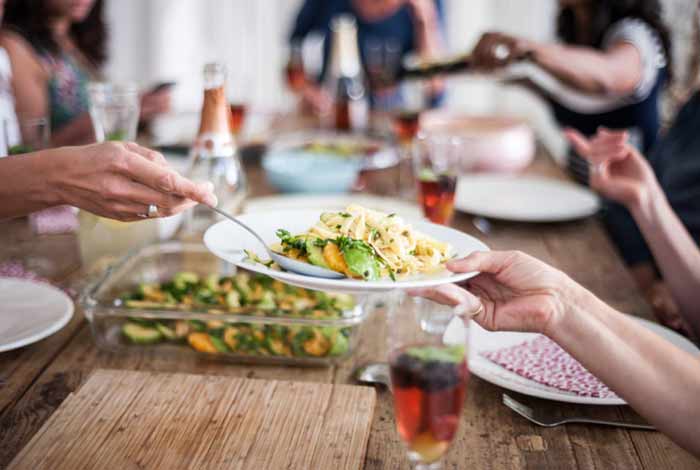 A new research says that calling snacks a meal could prevent you from over eating.

The research examined over 80 people. They were asked to eat a packed pasta either labeled as a snack (consumed in the standing position using a plastic fork in a plastic pot) or a meal (consumed in the sitting position inside a restaurant using a metal fork in ceramic plate). They were then, asked to taste additional foods such as crackers, potato chips and so on. The study found that those, who ate pasta as a snack consumed much more pasta than those, who ate pasta as a meal.

“With our lives getting busier, increasing numbers of people are eating on the go and consuming foods that are labeled as ‘snacks’ to sustain them,” commented study author, Jane Ogden, professor of health psychology at the University of Surrey, England.

“What we have found is that those who are consuming snacks are more likely to overeat as they may not realize or even remember what they have eaten,” she said in a university news release.

She suggested that we should call our food a meal and eat it as a meal only. This would make us aware of how much we eat and what we eat to eventually, prevent ourselves from overeating.