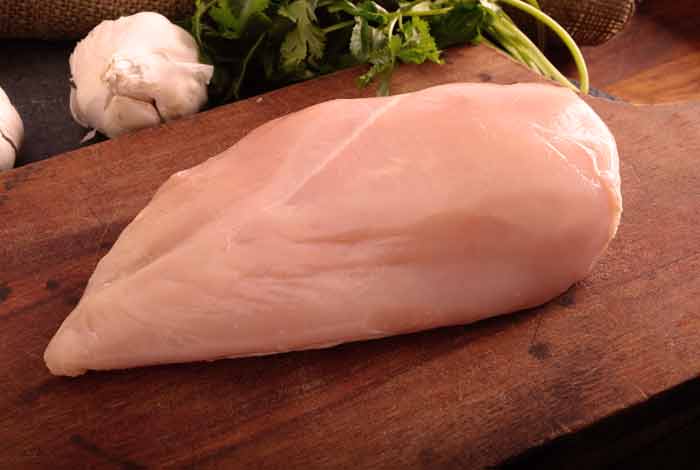 Cooked pieces of chicken especially chicken breasts are often considered a guilt-free dinner option for people who want to achieve their healthy eating goals. But an animal activist group is now requesting consumers to check their meat for white stripe running parallel to pink muscle.

A video released by the Compassion in World Farming[1]is telling meat-lovers to know about white striping, which is a muscle disorder impacting chicken breasts. According to a study published in “Italian Journal of Animal Science,” the disorder increases fat content by 224 percent and decreases the amount of protein. Research published in the journal “Poultry Science”[2] also found similar results, i.e., increase in fat content and decrease in muscle based on the number of white stripes.

People might have seen white striping in chicken breasts. It looks like white strips running parallel to regular muscle. According to a study conducted by the University of Arkansas and Texas A&M, the incidences of white striping has increased in recent days; 96 percent of the tested 285 birds showed striations. The condition affects meat quality by affecting cook loss and marinade uptake.

Poultry scientists think that the supply and demand factor might be one of the reasons for the condition. It has been found that on an average, an American consumes more than 90 pounds of chicken in a year, and this number is still growing. The growing demand for cheap protein lets farmers to produce larger birds in very less time. According to the findings of the National Chicken Council [3], the average bird sold in the market in 1950 was approx. 3.08 pounds and 70-days-old. In 2015, this weight doubled at 6.24 pounds — but the average age decreased to 47-days-old. 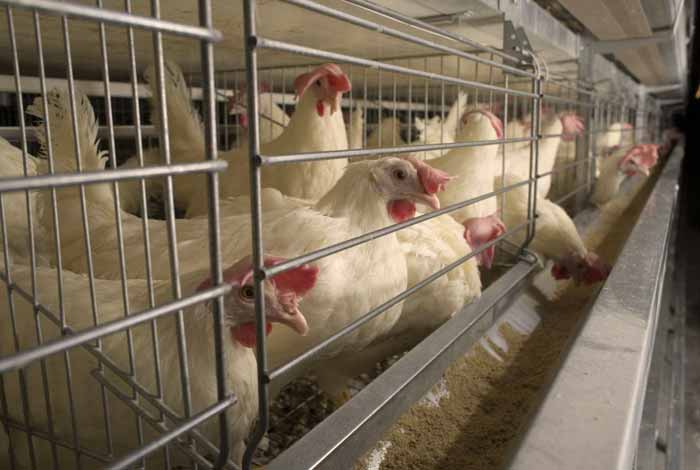 Conventionally grown birds are kept in cages, packed so tightly with hundreds of chickens that they cannot even open their wings. They are made to grow disproportionately so that they are unable to bear their body weight.

Chickens are fed soy-based products which increase their estrogen levels, and their poor living conditions increases their stress levels. The steroid hormones such as cortisol and adrenaline end up in the meat.

The use of antibiotics to prevent bacterial infection in poultry results in the growth of antibiotic-resistant bacteria, which ultimately ends up in the meat we consume. Their feeds are also high in fat content and contain herbicides, pesticides, and fungicides. These all again leads to poor nutrition quality of our meat.

Chicken Can Still Be a Healthy Option

According to a spokesman for National Chicken Council, white striping only affects a small portion of chicken meat and doesn’t cause any food safety or health concerns for people.
Jaclyn London, Nutrition Director at the Good Housekeeping Institute, says that chicken can still be a healthy choice as long as it is not deep-fried and breaded. She adds that it is a good source of lean protein which is a rich source of B vitamins and iron. She also advises to check labels to confirm if no antibiotics has been used. It is also important to properly cook, store and keep meat at optimum temperatures in the refrigerator. Special attention should be given to prevent cross contamination during meal prep.