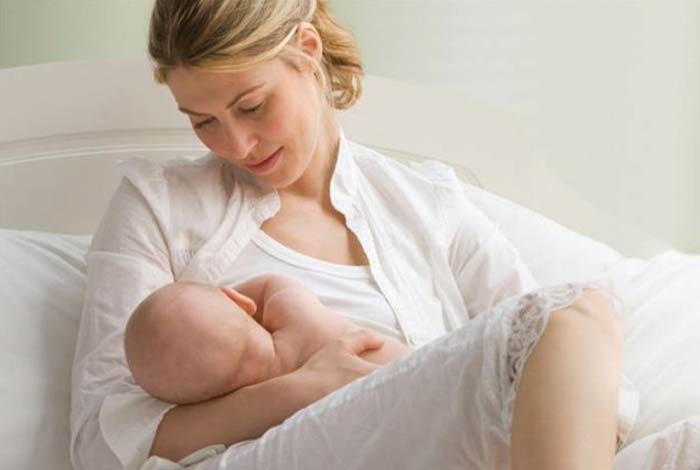 When the baby is in the mother’s womb, it is shielded by the amniotic fluid and the womb also offers protection from the outside world. During this stage, babies are not much exposed to viruses and bacteria. When a baby is born the, microbiome starts to develop.

Many factors like how the baby has been delivered – cesarean or vaginal birth – and use of antibiotics have an impact on the bacterial population. Also, human milk is a mode through which, more bacteria enter in the body of the baby as it can contain up to 700 species of bacteria.

The research primarily focused on the complex sugars in the human milk. It is interesting to understand how this sugar helps in shaping the microbiome of the baby and assists in maintaining overall health and wellbeing. So, if we can know about individual molecules in the human breast milk, we can formulate solutions for babies in cases, where breast feeding is not possible.

Breast milk nourishes the baby and gives him/her all the necessary nutrients and vitamins. The WHO recommends that babies should be breast fed at least for the first six months. However, many moms cannot live up to this expectation. Only about 1/4th of American babies meet this standard.

Breast milk has many advantages; more than just keeping a baby well fed. Lower infant mortality rate are found in those babies, who are regularly breastfed by their mothers. Pneumonia, diarrhea, ear infection, sudden infant death syndrome are to a name a few conditions that are responsible for infant mortality. Moreover, there are antibodies in breast milk, so if a baby falls ill, he/she recovers faster when on mother’s milk.

Research has shown that there are two types of proteins in human milk –casein and whey, which can be digested easily. Complex proteins, called lactoferrin are also present in the breast milk. This prevents the growth of bacteria that are dependent on iron. It also has secretory immunoglobulin A (IgA), which provides protection against viruses. Besides, it has many essential fats that are important for the development of the brain, absorption of vitamins and development of the nervous system.

There are also complex sugars, called human milk oligosaccharides (HMOs) These have not been particularly studied by the scientists. However, some studies have revealed that these sugars just feed the good bacteria, and not the pathogenic ones.

Infants, who are breastfed, have two types of bacteria – Bifidobacteria and Bacteroides. Both of these are symbiotic In nature and so, they live within us without causing any harm. They develop in the human gut, where they rely on HMOs for their growth. Infectious species colonize breastfed babies to a less extent, so they fall ill less.

The protective properties of human milk are due to HMO. It has been found that when babies are supplemented with HMO, the duration of rotavirus infection decreases, which is a prime cause of diarrhea in babies.

Formula milk is based on bovine milk and it does not have considerable component of oligosaccharides. These do not have the diversity that HMO has.

Case Study on Group B Streptococcus

It was found that although Group B streptococcus bacteria are there in the breast milk, but babies, who were breast fed, were not more likely to get Group B strep infection. How that happened? Is it HMOs that were protecting the babies from this bacteria?

To find this out, researchers isolated the complex sugars from the human milk. Then, they tested whether HMOs act as antibiotics against Group B strep. They tried to grow Group B strep in the absence and presence of HMOs and it was found that HMOs prevented the development of Group B strep.

Further, the level of antibiotic activity of HMOs varied from one woman to another. This should not surprise us as there are more than 200 different HMOs in the mother’s milk. The sugars produced also vary and they even change during lactation.

Now, what needs to be understood is the mechanism of working of these sugars and why some women produce sugars that are more antimicrobial. After knowing, which HMOs are good for the health of the baby, these can be prepared and used as an additive in baby food products for babies. So, this will help diminish the gap between babies, who are breast fed and their counterparts, who are formula fed.