Erectile dysfunction (ED) is a condition in which the patient is unable to develop or maintain an erection of his penis during sexual intercourse on a regular basis without any problem related to ejaculation. A period of persistence of more than 3 months is considered as enough time period for considering the condition as erectile dysfunction. Most men experience some problem with their penis remaining firm during sexual intercourse. Erectile dysfunction is only considered a problem when satisfactory sexual performance has been impaired on a number of occasions.

Apart from physiological implications, this problem also causes psychological problems in men. It can cause serious complications in relationships and self-image. It might also require professional help to deal with emotional and mental stress.

According to a study, at the age of 40 years, approximately 40% of men are affected. The percentage increases to approximately 70% in men aged 70 years and above. Age is found to be a strong reason for causing ED. However, its incidence is increasing each year and one in every four new patients of ED is under 40.

Approximately, 18 million men in the U.S. are affected by ED and the figures are growing each day. Nearly 50% of men, who smoke a pack of cigarette or more on a daily basis have a higher chance of developing ED. Only about 33% of men with ED seek medical advice due to the social stigma attached to the disease, and the kind of psychological pressure it exerts on the patient. 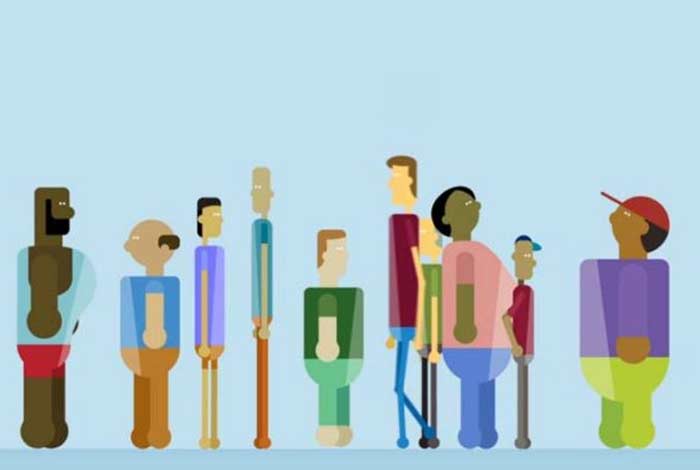 Types and Symptoms of Erectile Dysfunction

ED can be classified into following 7 categories:

1) Psychogenic: Psychogenic ED can occur due to excessive psychological pressure on the person, causing the functional inability of the gland to activate the process of erection. It is commonly known as performance anxiety and can be managed with psychological counseling.

3) Hormonal/Endocrinological: This occurs when there is an imbalance in levels of hormones such as androgens, estrogens, progestins, prolactin, thyroid etc. Due to the imbalance, these hormones are unable to function properly and cause an erection. Androgens, which include testosterone, androstenedione have the maximum effect on erection and in maintaining normal health of the male reproductive system. Excess or lack of androgenic hormones, both are responsible for causing ED.

4) Vasculogenic: This occurs when there is restricted blood flow to the penis. It can also happen due to non-activation of blood trapping mechanism. They cause inability to initiate or maintain proper rigidity in the penis for proper sexual intercourse.

5) Medication-Related: long-term use of antihypertensive, antidepressant, antiandrogenic drugs, alcohol abuse, cigarette smoking and marijuana use can lead to vascular, hormonal or psychological type of ED. Antihypertensive drugs are known to cause a decrease in blood flow to the gland, further leading to ED.

6) Diabetes: ED occurs when there are neurologic, vascular or psychological effects occurring in addition to diabetes. It commonly occurs in diabetic patients as a common feature of diabetic autonomic neuropathy.

7) Other: Some of the other reasons responsible for causing ED are old age, chronic renal failure, and coronary heart disease.

Symptoms of ED are as follows: 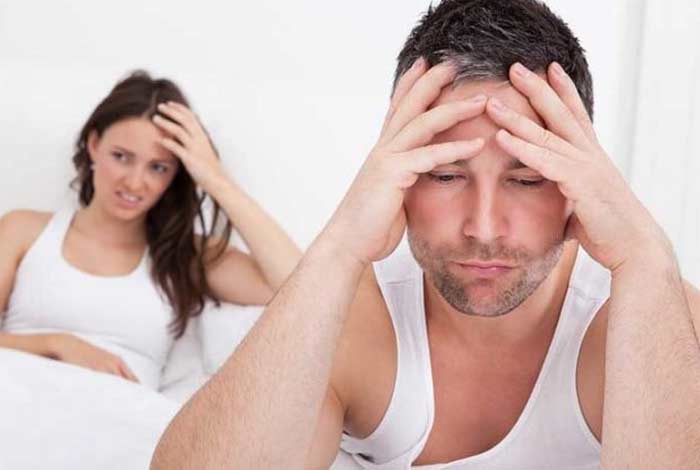 Following are the factors which increase the risk of developing ED in men: 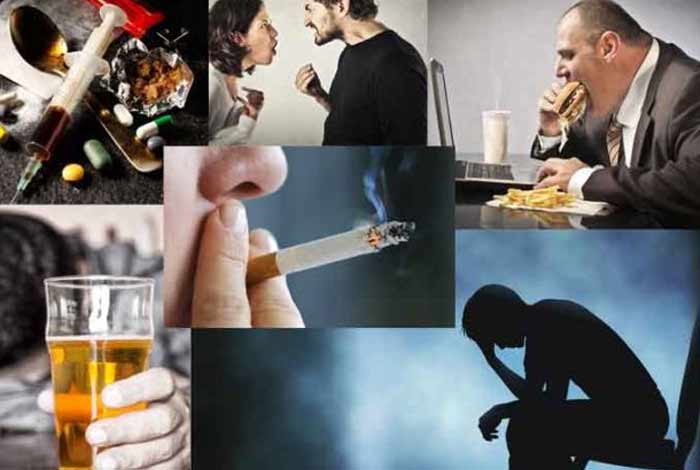 Do I Have Erectile Dysfunction?

If you observe that you are facing trouble having an erection while being with your sexual partner, but don’t experience any such issue when alone, then it might be a case of ED due to stress. If you find that you are consistently having too soft or too brief erections or lots of erections during night instead, it might indicate ED.

Periodontal diseases are also said to be high in patients of ED. If you have diabetes or hypertension, then is likely that you would develop ED at some point in time. If you observe any of the above-mentioned symptoms, you should consult your physician and take proper medications. 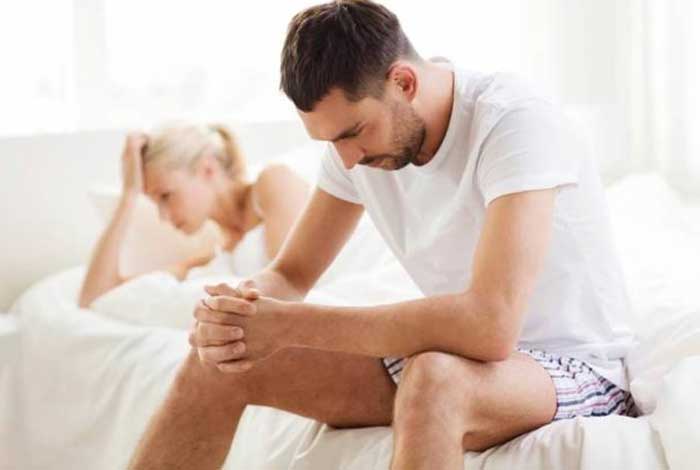 Causes and Prevention of Erectile Dysfunction

Sexual arousal in men is a complicated process which involves the brain, hormones, emotions, nerves, muscles and vascular system. ED can result from disbalance in any of the above-mentioned factors. Stress and mental health are also linked to causing ED. A combination of reasons can also be responsible for causing ED. Any injury in the groin region can damage the sexual response system which will eventually induce anxiety in the person regarding his sexual performance., furthering the cause of ED.
Following are the causes of ED:

Following are the physical causes responsible for ED:

Psychological causes become a factor in development of ED if there is an anatomical deformity or physiological issue. Such factors can lead to:

There are a number of medications which can lead to ED. A patient should consult the medical practitioner before taking any medications. Following medications are known to cause ED:

If a person hurts his pelvis, bladder, spinal cord or penis and there is a requirement of surgery, the person might develop ED.

ED can develop as a result of having some chronic diseases such as:

Surgery done to treat prostate and bladder cancer can damage the nerves and tissues needed for erections and can cause ED. The problem can resolve in a few months or it can be permanent.

Prevention from ED can be achieved by: 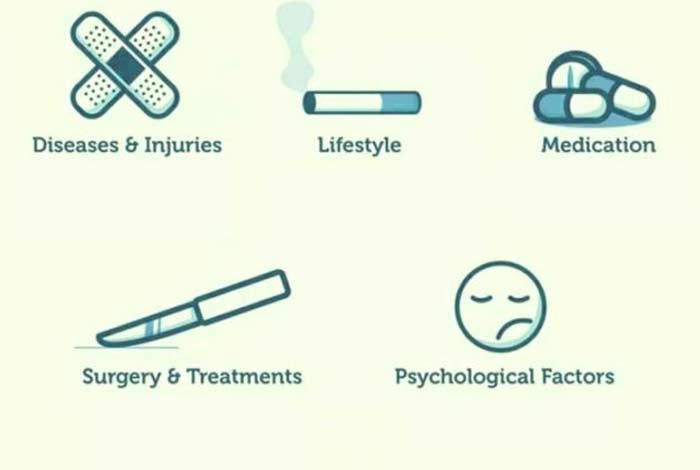 Diagnosis and Tests of Erectile Dysfunction

Diagnosis in the first step requires physical exam and collecting medical history. IF the patient has chronic health conditions, then further tests are undertaken, such as

It involves careful examination of the patient’s penis and testicles. It also involves checking the nerves for sensation.

Urine tests are also performed for diagnosing any underlying health condition such as diabetes.

It is used to examine the blood vessels that supply blood to penis. Ultrasound is sometimes done in combination with injection or medication in the penis to increase blood flow causing an erection.

It is done to diagnose any underlying psychological condition which might be causing ED. 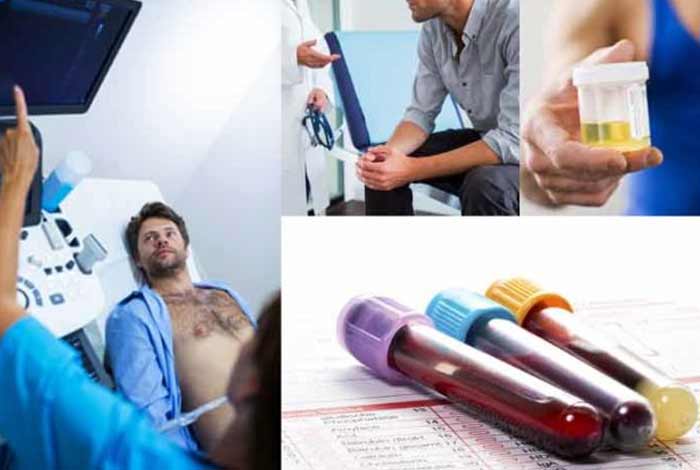 Treatment and Care of Erectile Dysfunction

Depending on the cause and severity of the disease, suitable treatment for ED is prescribed. Following are the different types of treatment that can be prescribed. The patient’s partner might also play a major role in deciding the type of treatment.

Following are the oral medications that can be used for treating ED:

These medicines enhance the effect of nitric oxide in the body causing relaxation of penis muscles. This helps in causing an erection by increasing the blood flow to the gland. These are not aphrodisiacs and hence do not increase sexual excitement and are not needed for men who have normal erections.

These are hollow tubes with hand-powered or battery powered pumps that help in causing erections. The tube is placed over the penis and the pump is used to suck out the air inside the tube, creating vacuum. This vacuum pulls blood into the penis leading to an erection. A tension ring is slipped around the base of penis which helps in holding the blood and keeps the penis erect.

It involves surgically placing the implants on both sides of the penis. These implants consist of inflatable or malleable rods which help in controlling when and how long the person can have erections. These rods help in keeping the penis firm, yet it can bend.

Exercises such as moderate to vigorous aerobics can help in improving ED. However, it has limited benefit in patients with heart disease or other chronic disorders. Less strenuous, regular exercise is helpful in decreasing the risk of developing ED.

If ED is caused by stress, anxiety or depression, psychological counseling can be used to alleviate these anxieties.

Alprostadil self-injection can be injected to the base or side of penis. It causes an erection that lasts for no longer than one hour.
Alprostadil urethral suppository is placed inside the penis in penile urethra. Using this, an erection can be achieved within 10 minutes and lasts for 30 – 60 minutes.

Testosterone replacement is recommended in patients who have low levels of testosterone. It can be given as a single therapy or in combination with other therapies.

Erectile dysfunction affects a lot of men throughout the world. It can severely affect a person’s self-image and confidence. It can also lead to depression and other mental conditions. It damages the sense of masculinity and emotional intimacy in relationships with women. It is, therefore, a responsibility of partners of these people to make them feel better and protect them from falling into despair and depression. 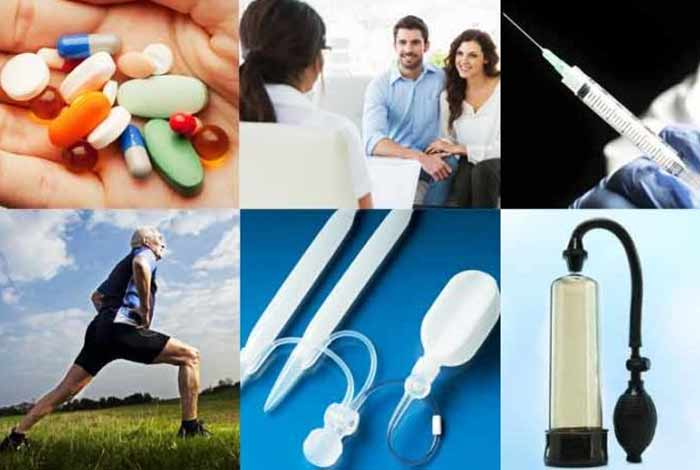 There are only a few over-the-counter medications available to manage ED.

Prelox is a drug, which combines two drugs to increase blood flow by increasing nitric oxide levels in the blood.

DHEA or dehydroepiandrosterone is a supplement that can be used to treat ED. It is also known to have some aphrodisiac and antiaging activity.

Yohimbe is an evergreen tree that grows in African countries and its bark contains an aphrodisiac yohimbine. This compound is thought to help to cure ED which is not caused due to physical reasons. 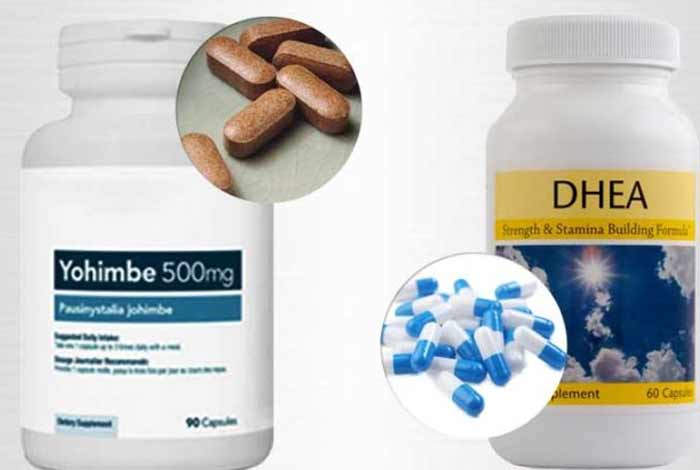 Erectile dysfunction can be managed by making some changes in lifestyle. Reducing the risk factor factors that contribute to this disorder like sedentary lifestyle and increased susceptibility to cardiovascular disease can help in managing the symptoms. People should try to reduce weight and achieve healthy BMI. Smoking, substance and alcohol abuse should be stopped altogether. If required, psychological therapy can also be taken to resolve any underlying issue that might be contributing to the dysfunction. 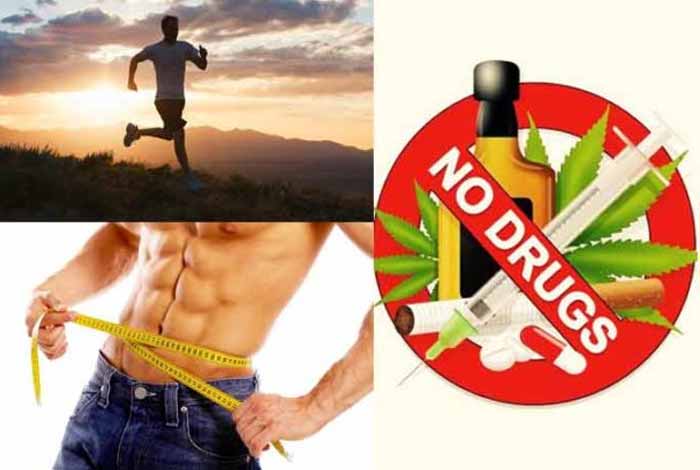 There are a few natural supplements that can be used to manage ED. These include:

Including fresh fruits, vegetables, herbs such as garlic, ginger along with fish, chicken, healthy grains, seeds, nuts like linseed, pumpkin seeds, chia seeds, Brazil nuts, and whole grains with plenty of Himalayan pink rock salt in the diet is said to have a positive effect on penile function. Maintaining a healthy lifestyle with proper exercise and a healthy weight is important for having normal penile function. Smoking and drinking should be avoided. 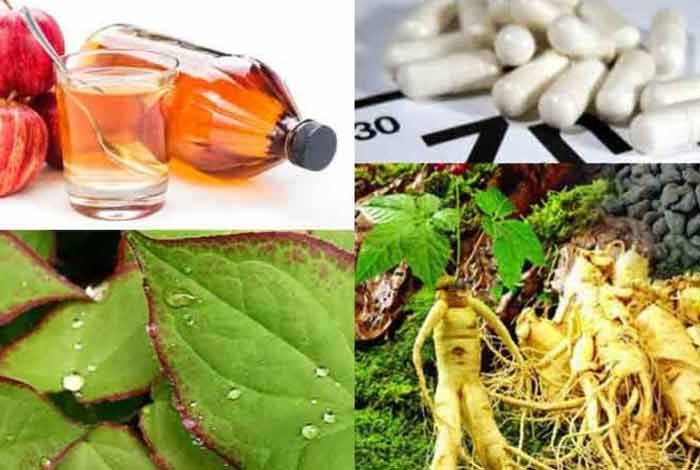 Erectile dysfunction can be avoided by following a healthy lifestyle and maintaining healthy weight. Patients suffering from chronic diseases such as hypertension and diabetes should try to keep their cholesterol and HDL levels in check. Smoking and alcohol consumption should be avoided. If a person still develops ED, it can be managed with therapy. There is no need to feel embarrassed about it. It is advised not to rely on over the counter therapies and get the condition checked by a medical practitioner.