Addison’s disease, sometimes called hypoadrenalism or adrenal insufficiency, is a rare disease caused by the imbalance of hormones of adrenal gland. Adrenal gland which are two small glands that are located on top of the kidneys and produce two essential hormones called cortisol and aldosterone. When a patient is suffering from Addison’s disease, the production of adrenal hormones, i.e. cortisol and aldosterone reduces in their body causing various complications.

It is a life-threatening disease and can happen to anyone, irrespective of their age or gender. However, the treatment of Addison’s disease is possible with the help of artificial adrenal hormones that can fulfill the body’s hormonal requirements and can help the body function properly.

The problem is rather rare and is generally found in one out of 100,000 people. Most of the diagnosed cases of Addison’s disease are found in people aged between 30 and 50 years.

According to stats, there are about 8,400 people in the UK who are suffering from Addison’s disease. Also, John F. Kennedy, the 35th president of the United States had the same.

Types and Symptoms of Addison’s Disease

Sometimes the intake of corticosteroids (used for treatment of asthma, arthritis or some other chronic condition) also causes secondary adrenal insufficiency.

Some of the common symptoms of Addison’s disease are:

These symptoms are slowly observed during the course of time. However, there are certain situations such as an accident or some other illness which cause stress can lead to the immediate worsening of the symptoms which can be life threatening. This is known as Addisonian crisis or acute adrenal failure. Symptoms of Addisonian crisis include:

There are certain health conditions that increase the risk of Addison’s disease, these include:

Do I have of Addison’s Disease?

But, if you are at risk of Addison’s disease, i.e. have a chronic infection or problems related to thyroid gland or pituitary gland, then the best advice is to go for the diagnosis of this disease. Early detection of Addison’s disease and can help you save yourself from its complications.

Causes and Prevention of Addison’s Disease

Adrenal gland is divided into two parts – cortex and medulla. Medulla is the interior part and produces adrenaline-like hormones. However, the outer part i.e. the cortex produces various hormones such as glucocorticoids, mineralocorticoids and androgens (male sex hormones) which are essential for human body.

Glucocorticoids (cortisol) help in metabolism of food to provide energy to body, regulation of immune system and determine body’s respond to stress. Mineralocorticoids (aldosterone) regulate the level of sodium and potassium in body. Androgens help in the growth of body in males and is also produced in female in relatively low amount and contribute to their growth.

When adrenal gland fails to produce these hormones, it leads to various health complications and can affect the growth and well-being of a person. Also, as there is no certain cause of the problem, there is no certain method for the prevention of Addison’s disease.

However, the prevention of the problem lies within the prevention from the underlying risk factors such as autoimmune disorders and chronic infections which can lead to this problem.

Diagnosis and Tests for Addison’s Disease

If a person observes even slight symptoms of Addison’s disease, the best option is to go to a doctor for a proper diagnosis which can help in detection of the problem. The doctor examines the medical history of the patient and his family to check for the history of autoimmune disorders, which are the underlying causes of Addison’s disease.

Besides this the doctor also examines the creases of skin for hyperpigmentation. Following are the methods that are used for the diagnosis of Addison’s disease:

Treatment and Care of Addison’s Disease

Moreover, these oral medications do not have any side-effects, when taken in limited amount. Over-dosage can lead to side effects such as insomnia (difficulty sleeping), mood swings, and osteoporosis (weakened bones).

Also, the dosages might vary in various situations. High dosages are prescribed in case a patient is going through some stressful situation, like an infection or any kind of operation.

In case of Addisonian crisis, i.e. extreme stage of Addison’s disease, a person faces various problems such as low levels of blood sugar and blood pressure and high levels of potassium in body and can even be life threatening. However, the situation can be treated by using intravenous injections of Hydrocortisone, dextrose sugar, or saline solutions.

Besides the medication, a patient with Addison’s disease requires a lot of care. As stressful situations can lead to Addisonian crisis anytime, it is required to give a hydrocortisone injection to the patient as soon as possible.

Moreover, if a patient is suffering from Addison’s disease, it is important to keep note of their symptoms and if symptoms such as cold and clammy skin, rapid breathing, sweating, etc. are observed then there are chances that they will go into an Addisonian crisis. In this case, it is important to call a doctor and be ready to provide the patient with emergency steroidal injection of hydrocortisone.

Besides the medication, a lot of self-management is required for the treatment of Addison’s disease. A person who is diagnosed with Addison’s disease or undergoing the treatment process must always carry a medical alert card with him. This card can help a person to understand the situation and help the patient during emergency situations.

Moreover, a medical alert bracelet can also be useful for Addison’s disease patient and can tell the people about their medical situation in case of any emergency situation.

A patient suffering from Addison’s disease should always carry extra medication with them. Keeping a backup medication kit at home and office or in the bag can be helpful in emergency situations. Also, keeping a note of dosage durations is necessary, by doing so a patient will never skip their medications. This helps in prevention from extreme conditions of Addisonian crisis.

Also, it is necessary to never miss an appointment with doctor and keep a clear note of your symptoms. This will help the doctor in analyzing the condition and prescribe the medications accordingly.

There are various methods that can help in the natural treatment of Addison’s disease, these are: 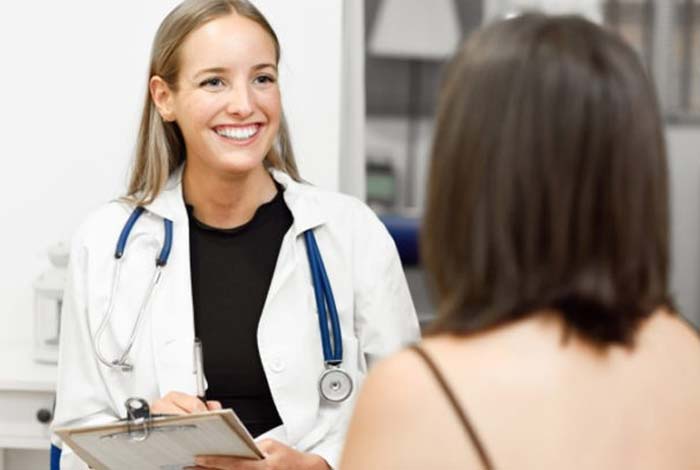