Home Health Conditions Depression Menopause and Depression – Is There A Link? 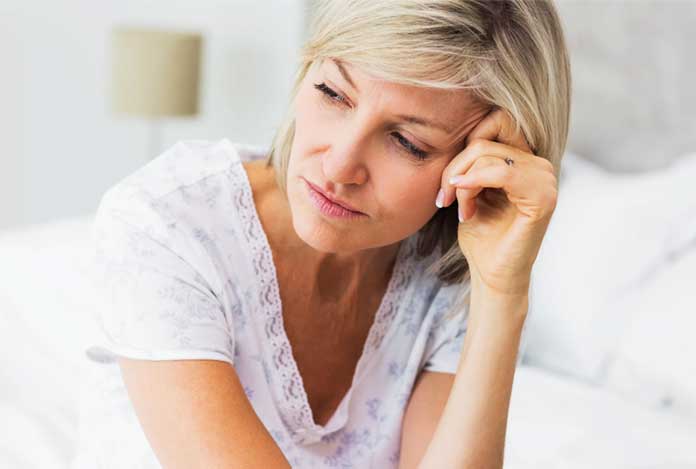 Women are usually exposed to a greater risk of developing depression as they progress towards their middle years or menopausal phase. Unpredictable fluctuations in the hormone levels are linked with various influential factors like lack of physical activity, poor diet, smoking and alcohol consumption can impact the menopausal symptoms considerably. Any changes we make to have a healthier lifestyle can bring in some great effects to help reduce the stressful and painful symptoms.

According to Dr. Marina Johnson, hormonal fluctuations eventually lead to the development of the emotional distress. This may result in mood swings and, in severe cases, depression. Dr. Marina suggests that assessing the cause and the extent of your “menopause blues” at the very initial stage is very crucial for better management of the condition.

Recently, the researchers from the University of Texas Medical Center in Houston, conducted a study, in which they found that in many cases, an underlying medical condition is responsible for the psychiatric condition. Nevertheless, a strong connection exists between the physical factors and psychiatric symptoms, especially in the cases of endocrine disorders as suggested numerous studies.

Dr. Marina explains that the most common endocrine reason behind the symptoms of depression is the deficiency of thyroid hormone (mood regulator of our body). Both the excess (hyperthyroidism) and the deficiency (hypothyroidism) of thyroid hormone will lead to severe mood swings and/or depression. Though depression symptoms go away with adequate treatment of thyroid disorders, if the condition is left untreated, depression will eventually result in the development of some typical symptoms of thyroid dysfunction. Some of these symptoms include sensitive and dry skin, sleepiness, fatigue and weight gain.

A study on patients with thyroid dysfunction showed the occurrence of depression in about 31% – 69% of the subjects and around 60% of cases indicated the development of anxiety disorders.[1]

When a woman gets close to her mid-life, right before she enters her menopausal phase, she initially gets through a phase, called ‘perimenopause.’ In this phase, she starts experiencing some early symptoms of menopause. During this period, the body starts producing lesser sex hormones – estrogen and progesterone. Low levels of sex hormones are also considered to be one of the many reasons to push you more towards depression.

Symptoms You Will Encounter When Entering into Your Menopausal Phase:

In cases of women, who experience perimenopausal phase earlier, just a week or two before their regular menstrual cycle, the symptoms of depression might worsen, such as insomnia and poor focus and memory.

Dr. Marina advices that once a woman enters in her menopausal phase, she needs to go through the hormone therapy according her symptoms and signs. And, if she’s not opting for any hormone therapy or going for an inadequate/inappropriate hormonal therapy, then there are great chances that the symptoms of depression might stay for a longer duration.

Some common symptoms that you face once you enter your menopausal phase are depression, weight gain (especially around the belly area), fatigue and even poor concentration. If not treated at the right time with the right therapy, you might even develop fibromyalgia, which is characterized by widespread muscle tenderness and pain. 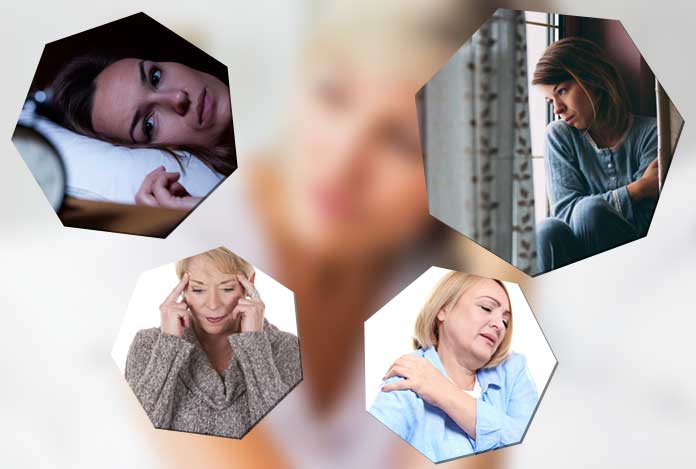 Since, depressive disorders have been associated so closely to the menopause, it is very important to treat any symptom pointing towards the occurrence of depression. Recent researches have found that the growth hormone deficiencies can also trigger the symptoms of depression.

Growth hormones are in abundance during the early years of childhood, but they tend to decline as an individual grows old. Dr. Marina says that this contributes to increased chances of depression due to growth hormone deficiency.

Recent findings suggest that low cortisol levels are not prominently linked to depression, but will show symptoms like digestive disorders, weight loss as well as frailness and tiredness all the time. Cortisol deficiencies need to be diagnosed soon, as the total cortisol deficiency might be fatal. However, diagnosing partial deficiency of cortisol is complex and hard-to-detect process, especially if the doctor or the physician is not that much skilled.

Even though depression is linked to various fatal diseases, it is completely preventable and treatable. Treatments choices like indulging in workout regimen, psychotherapies, nutritional supplements, prescription drugs and bioidentical hormonal replacement therapies work effectively in preventing your body from the harmful effects of depression.

The most important aspect is to have a proper diagnosis to customize the treatment or therapies according to the specific needs of the sufferer.

Although depression can take a person deep into the darkness, some lifestyle modifications are proved to be highly effective. For example, taking up small projects or breaking down the big ones into small sections, indulging in activities that keep you happy and motivated like exercising, dancing or even social meets can bring about desiraIs there a link between depression and menopause? Dr. Marina Johnson suggests that menopause and depression are linked, but with proper awareness, self-management and lifestyle modifications, depression can be prevented. Read on to know more.ble changes. Dedicated support and care from the family and people around can help people fight against depression.

A diet containing fish and legumes helps prevent the onset of menopause at an early age. On the other hand, eating carbohydrates like rice and pasta may speed up... 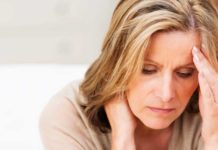 Menopause is defined as the time in a woman’s life when her period stops. Many changes take place in the body of a women after menopause. Painful sex during... 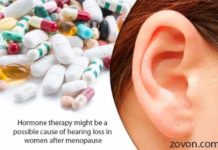 A new study reported that hearing loss is associated with some factors that are linked to menopause. One of the factors at the time of menopause is age, and it...