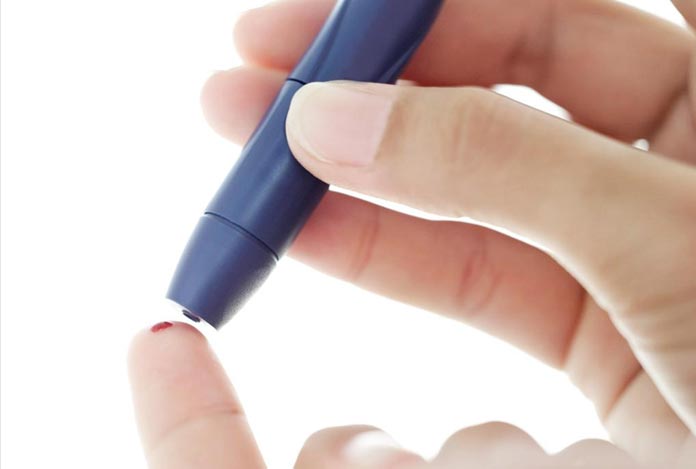 Presently, diabetes is one of the most prevalent diseases in the world. In the last few decades, this chronic, non-communicable disease has taken the shape of an epidemic, affecting millions of people of nearly all age groups worldwide.

According to the American Diabetes Association, diabetes was one of the leading causes of death in 2007 globally. Dr. Marina Johnson mentions in her blog that women, who do not take hormone replacement therapy (HRT) have 30% more risk of developing type-2 diabetes. Women in their 50s often complain about weight gain, especially when they don’t opt for hormone therapy. Some menopausal women also suffer from high blood pressure and sleep apnea. Including HRT in their treatment regimen can help them lose weight and regulate blood glucose level.

Menopause usually promotes weight gain with a modification in body constituents, favoring central or visceral fat deposition. HRT is a treatment used to relieve the symptoms of menopause.

Besides the loss of estrogen, increase in fasting glucose and development of insulin resistance – resulting in diabetes – are also observed in genetically susceptible women. It is a condition in which a body becomes insensitive to the actions of insulin. Innate fat during menopause is another side effect associated with insulin resistance. To this condition, the pancreas responds to it by making more insulin. This leads to higher levels of insulin circulating through the body, which in turn prompts fat cells to reserve the existing fat in the body and convert food into more fat. 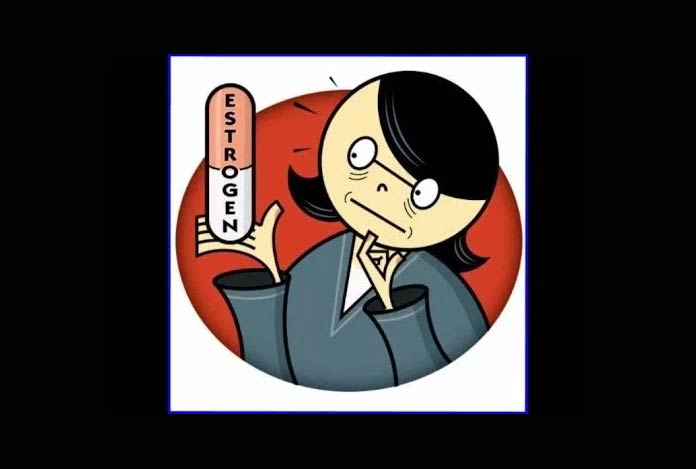 In individuals with genetic susceptibility to diabetes, the implacable need to produce more and more insulin leads to abnormal insulin production. Consequently, the pancreas – insulin-producing gland – gets exhausted, which ultimately results in diabetes. Even if such individuals do not develop diabetes, the ongoing insulin resistance will certainly result in weight gain and enhanced risk of heart disease, stroke, and cancer.

When a woman approaches menopause, she may experience fluctuations in her periods. Some women have it for a duration of 40 days, while others may have it for two weeks or so. When this happens, the level of progesterone and estrogen may alter. These hormonal changes may affect your blood glucose level.

To maintain the healthy blood glucose level, one may require using insulin to control the side effects of diabetes. HRT after menopause remains a contentious topic, but menopausal women, who are facing problems in regulating their blood glucose level, can go for it. However, owing to its controversial nature, doctors sometimes recommend HRT in a careful manner.

Estrogen and estrogen plus progesterone hormone replacement therapy can effectively mitigate symptoms of menopause and continuous bone loss. Estrogen and HRT may improve fat distribution in the body by preventing the accumulation of fat in the central region. 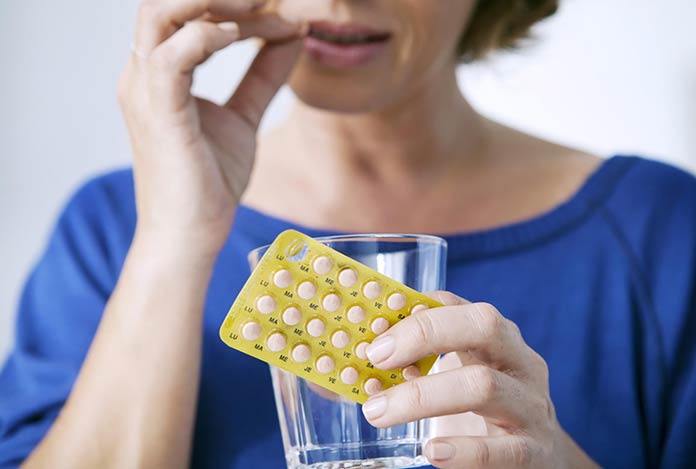 In this context, Dr. Marina Johnson discusses a study on a group of 505 non-diabetic, normal-weight women, instead of age, menopause was found to be the deciding factor for insulin resistance. Despite of the fact that leptin lowers appetite, obese people are observed to have elevated levels of leptin – a hormone, which regulates metabolism and appetite. Such people are supposed to develop resistance against the effects of leptin.

She further quotes the example of another study in which, 44 healthy postmenopausal women either received estradiol 0.05mg per day or no treatment. Those, who were not treated with estradiol, showed an increase in total body fat as well as visceral fat. Increased level of leptin serum was also found in untreated women. On the contrary, women, who received topical estradiol, indicated no significant increase in body fat and leptin level. 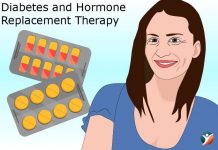 Table of Contents What is hormone replacement therapy? Women with Diabetes Other Complications of Menopause Diabetes and Menopause: A Twin Challenge Changes in blood sugar level Why Menopause Is...